The award ceremony, which mainly honors technical achievements in the television industry, was held on Saturday and Sunday at Microsoft Theater in downtown Los Angeles.

"Crazy Ex-Girlfriend" creator, actress and singer Rachel Bloom — who announced her pregnancy at the ceremony over the weekend — won her first Emmy for the show: Outstanding Original Music And Lyrics.

When it came to fashion, Outstanding Contemporary Costumes went to Netflix’s “Russian Doll,” while Period Costumes was given to Amazon’s “The Marvelous Mrs. Maisel” and Costumes for a Variety, Nonfiction, or Reality Programming to VH1’s “RuPaul’s Drag Race” (the latter two also won Outstanding Hairstyling). In makeup, winners included FX’s “Fosse/Verdon” and HBO’s “Game of Thrones,” which had its eighth and final season this year.

Here are highlights from the show:

It was the big news of the weekend; backstage in the press room with reporters, the creator and star of The CW’s “Crazy Ex-Girlfriend,” shared: “I’m three months pregnant, and I get to tell my child she was with me when this happened, which is pretty f—ing cool.” Later on Instagram, she captioned a video: “WE WON AN EMMY!!!!!!! also btw I’m pregnant.” The actress and singer won Outstanding Original Music And Lyrics for the show’s song “Antidepressants Are So Not a Big Deal,” alongside Adam Schlesinger and Jack Dolgen.

In spite of being nominated for a total of six awards, Beyoncé (who wasn’t in attendance) didn’t snag a single one for “Homecoming,” written, directed and executive produced by the star herself. The Netflix documentary, which came out in April of this year, was a behind-the-scenes look at her 2018 Coachella Valley Music and Arts Festival performances. (Beyoncé had made history as the first black woman to headline the popular festival.) One of the categories, Outstanding Variety Special (Pre-Recorded), was awarded instead to James Corden’s “Carpool Karaoke: When Corden Met McCartney Live From Liverpool.” The Beyhive — as her devoted fans are known — have been sharing their disappointments on Twitter. One fan wrote: “if a white man did something as iconic as beyoncé’s Homecoming he would not only have won the emmy but would have gone on to win a string of so many f–king awards and be praised endlessly….. but when a black woman does it she loses to carpool karaoke?”

For the fourth year in a row, the drag queen star won the coveted category for VH1’s reality competition “RuPaul’s Drag Race.” “I’m having a hard time putting words together…my brain is not connected to any other part of my body right now,” RuPaul said backstage after the win. The other nominees this year were James Corden for CBS’ “The World’s Best,” Ellen DeGeneres for NBC’s “Ellen’s Game of Games,” Amy Poehler and Nick Offerman for NBC’s “Making It” and Marie Kondo for Netflix’s “Tidying Up With Marie Kondo.” 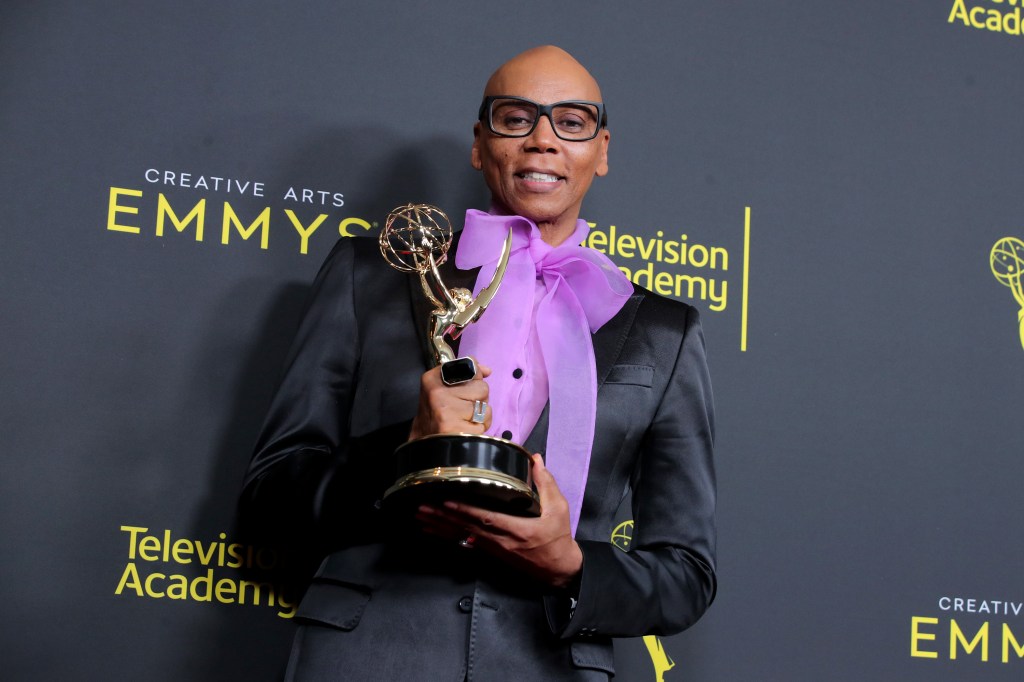 Norman Lear is the oldest person to win an Emmy.

At 97 years old, the television writer and producer became the oldest person to be awarded an Emmy. He won for executive producing “Live in Front of a Studio Audience: Norman Lear’s ‘All in the Family’ and ‘The Jeffersons’” alongside Jimmy Kimmel, Will Ferrell, Justin Theroux, Adam McKay and Brent Miller. “I don’t think about it a lot,” Lear said of his age backstage. Without divulging details, Lear and Kimmel also shared that they were currently working on another live special. To date, Lear has been nominated 15 times and had previously won four, between 1971 and 1973, for his work on “All in the Family.”

“Game of Thrones” received the most wins with 10 awards over the weekend (it had 32 nominations); the HBO show has won more Emmys than any other drama on TV. HBO’s “Chernobyl,” on the 1986 nuclear disaster, also did well, receiving seven Emmys over the weekend. Oscar winner “Free Solo” took home seven wins, too. The National Geographic documentary by Elizabeth Chai Vasarhelyi and Jimmy Chin follows professional rock climber Alex Honnold as he attempts to ascend El Capitan in Yosemite National Park.

Meanwhile, “The Marvelous Mrs. Maisel” received six awards, while Netflix’s “Queer Eye,” the reboot of the praised reality show from the Aughts, received four, including Outstanding Structured Reality Program for the second year in a row. “Saturday Night Live” also took home four awards, officially making it the TV show with the most Emmy wins; in its 44 years on television, it has won 76 Emmys total. 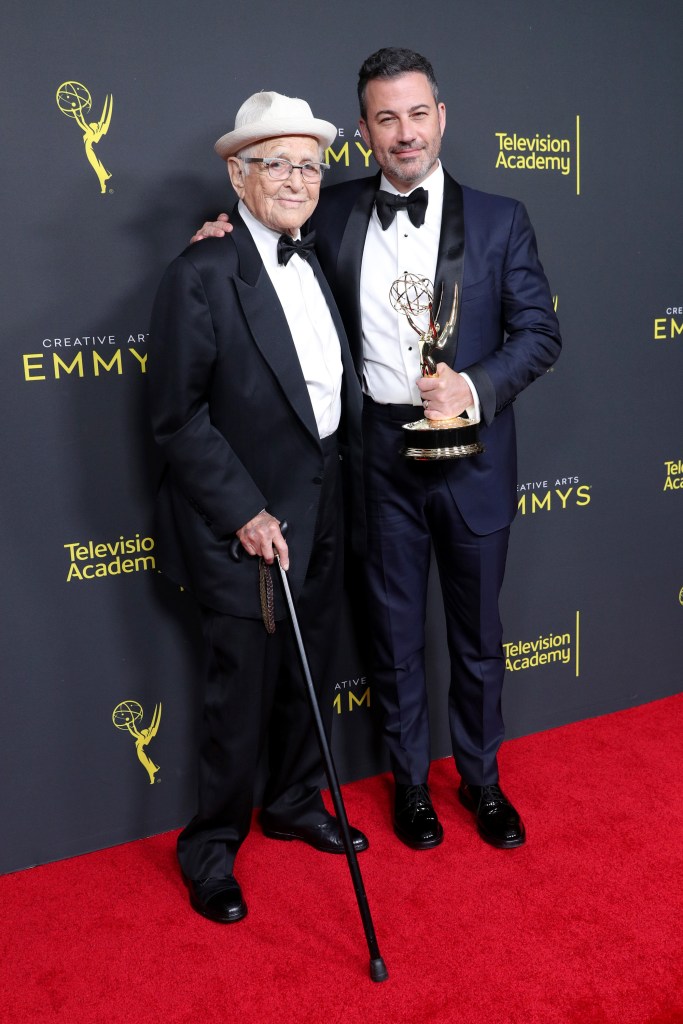 Norman Lear, 97, the oldest person to win an Emmy, and Jimmy Kimmel. The two won Outstanding Variety Special for executive producing “Live in Front of a Studio Audience: Norman Lear’s All in the Family and The Jeffersons.”  Chelsea Lauren/Shutterstock