A.Chal is about to move. Where exactly remains a mystery ⁠— L.A. still, though not the Hollywood Hills where he’s spent the last year plus, which he feels is “f–king consuming me.” He’s had a taste of success, having bought his first house, but change is needed as he shifts into a new stage of his career and plans for the release of his upcoming album.

Before settling down again, he’s itching for a road trip: final destination might be to see his parents in Boston, but he’s hoping to make the most of the current cautions on air travel and drive cross country, stopping in Utah, Colorado and Arizona along the way, places that have long been on his wish list.

“I’m really into voyages and s–t, so I might go on a hike, you know what I mean?” he says over the phone. “Dude, honestly, I don’t know. I just finished my album, so I have a month to kill.”

A.Chal, who has released two singles off his upcoming album thus far and plans to drop the record later this year, sings in both English and Spanish, and blends hip-hop with reggaeton, rock and trap soul. Last month he released the single “Hollywood Love,” featuring Gunna, which expresses the change he’s gone through over the last two years of his life: living in a studio apartment in Studio City where he slept on the floor to the “compound” he’s in these days, complete with a pool, gym and studio.

“By the way, to this day, I don’t sleep on my bed. I still sleep on the floor with two pillows on my back,” he says.

During the Studio City days, before he was signed by Epic Records, he would work in the studio during the day, and once his friends — creative directors, photographers, producers — got out of work, they’d come by and help him put the music together. Things changed once he got a record deal, though — and not just in his ability to sleep in a bed should he choose.

“I got a house for me and all my friends, right? I was like, ‘Yo, you guys don’t have the nine-to-five anymore. You guys can come here and we can create here.’ I envisioned that as being the perfect scenario, the perfect next step for this, and it just wasn’t,” he says. “Once you’re around more money, and there’s a house…the dynamic changed. A lot of those relationships changed, and what I went through got pretty dark after that. A lot of this album is about not them, but it’s about them; also the women that were coming in and out of my life, I was coming in and out of their lives, the relationship I have with this scene, with Hollywood in general, with the industry.” 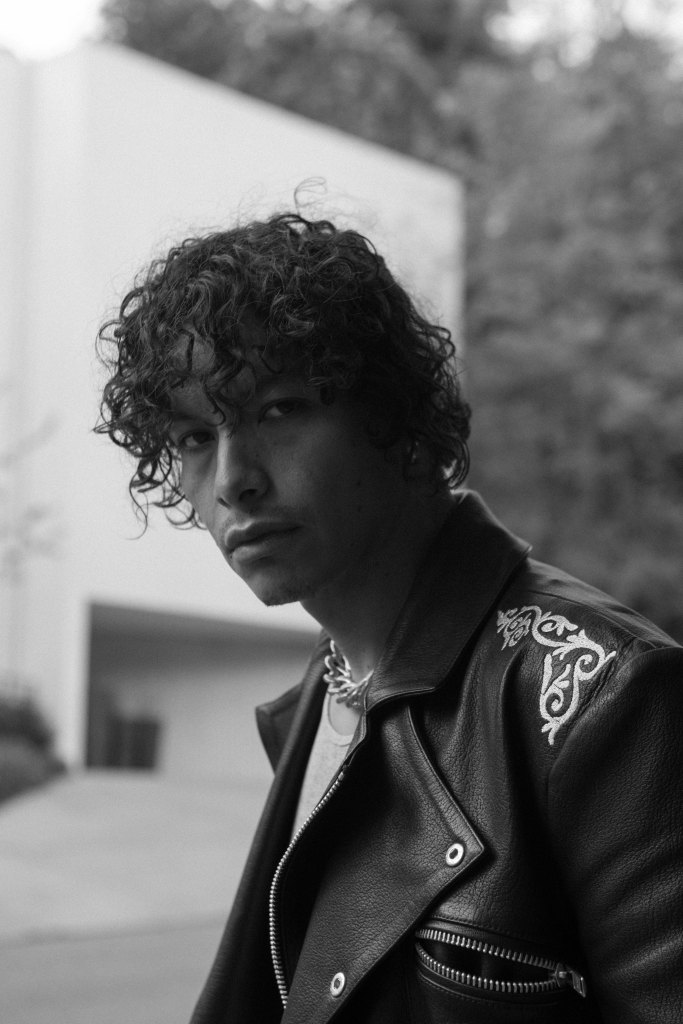 Born in Peru, A.Chal moved to the U.S. with his family at age five. When he was two, his mother gave birth to his brother, who died as a newborn due to an inability to get to the hospital in time. The tragedy motivated his father to uproot the family and try for a different life in the United States; the family was soon living in Queens, N.Y., sharing a two-bedroom between five families.

A.Chal says he remembers caring “way too much” about things growing up, and often went to sleep with an anxiety he couldn’t place. It motivated him to find explanations for the things he could, but struggled to make sense of his dreams for a life in music without seeing an example of what that might look like in the world around him.

“There was just no one I saw. I can’t say Pitbull, or Fat Joe — those are the Latinos I grew up with — because I never saw them and identified with them,” he says. “It was hard for me to really say that I envisioned myself as an artist because I couldn’t envision it. I’m like, ‘I just don’t see how the world is going to accept that.’”

He first found his footing with songwriting and producing, eventually earning a production credit for Jennifer Lopez in 2014. He moved out to L.A. five or six years ago — “I saw Entourage, and I was like, ‘I need to be there’” — and soon found himself tagging along on a commercial shoot with friends, arriving with his “charisma on one hundred” and leaving with an in with the shoot’s music supervisor, who suggested they try out some of his music instead.

“For an immigrant who had been moving around his whole life, going from this ‘hood to that ‘hood, to then moving to L.A., and being in Studio City, sleeping on the floor, and just always focused on the goal, and then coming here and you’re kind of living the dream…you have a house in the Hills, and you’re moving all your friends. I know this story is cliché, but I feel like mine might be a little different based on the kind of music I’m making, being the fact that I come from Peru, and I used to live in a tent by the beach in Peru with my parents for eight months. It just hit me differently,” he says. “And the last year has been just swallowing… I don’t want to say losses, because they’re all learns, you can twist that s–t and make it into W’s, but it’s more so about accepting the situation, and having to move forward. While you’re accepting this, you wake up, and you’re in this situation that you’ve still dreamed of.”

This past Christmas he flew 13 family members out to L.A., some from Peru, New York, Miami and Boston, to stay for the holidays.

“They’ve never even been in a house this big, so they’re just like, ‘Holy s–t.’ It’s a weird place to be. It’s real melancholy. It brought me back to Red Hot Chili Peppers. It brought me back to Smashing Pumpkins. That’s some of the first music I heard when I even landed in this country as a baby — I didn’t understand what they were saying, but I liked how it felt.”

With time, he’s combined that with influences from Alanis Morissette’s whose “Jagged Little Pill” changed the way he thought about telling the story of one’s life through songwriting, along with DMX, Lil Wayne and Eminem.

‘Sweetbitter’ Author Stephanie Danler Tells Her Own Story With ‘Stray’