A Character Study With Charlotte Hope, the Star of ‘Spanish Princess’

To immerse herself in Catherine of Aragon — whom she plays in the new Starz series premiering Sunday — the British actress plunged into heavy research before filming.

Charlotte Hope insists she is a nerd.

The 27-year-old British actress has played a slate of period-piece characters — she was Myranda on “Game of Thrones” and Philippa Hawking in “The Theory of Everything” before landing her role as the English queen Catherine of Aragon in the upcoming Starz series, “The Spanish Princess,” which comes out Sunday. To fully immerse herself in the life and times of each person she portrays, Hope says she plunges into research before she begins filming, tapping into the depths of her inner dork. She starts studying during auditions: For “The Spanish Princess,” she learned a dance called the galant, having already read all of historical novelist Philippa Gregory’s books. That’s the beauty of taking on these parts — learning something new.

“I got to research this whole period of history that I really found fascinating and gave a lot of pleasure to my childhood geek self — but for a purpose,” she says, sitting at a wooden table at The Smile café in New York City. She notes she could have gone the other direction, swapping study sessions for sticking strictly to the script that executive producers Emma Frost and Matthew Graham wrote. “I do think the script’s really rich. If you based the whole job on that, then you’d be totally fine. It can actually be more liberating just to have the script as your bible.

“But because I am a nerd, it just doesn’t suit my personality.” 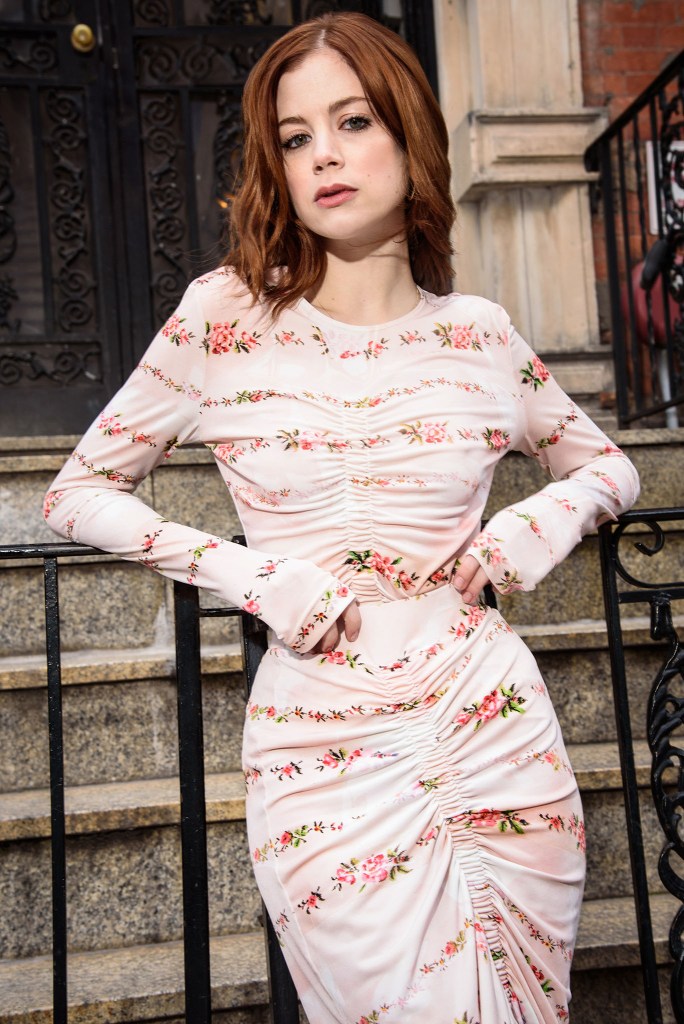 Hope is a redhead with a slight frame and big blue-green eyes. She’s got biting wit and a sharp sense of humor, quick to make a self-deprecating joke one moment and appreciate her own worth in the next breath. She was raised in the English countryside — an area called Lower Daggons. Her house was stationed in the middle of two farms. The closest town required a 20-minute car ride. She and her sister “didn’t really know anyone else,” as she puts it. “We spent a lot of time making mud pies.”

Her early years consisted of a sheltered upbringing; she wasn’t allowed to watch television until she was 12 years old. Instead, she submerged herself in books, especially historical fiction and nonfiction. Hope would sometimes come home from school declaring that she intended to read five books that night. She attended boarding school the next year, then decided to apply to Oxford, where she studied drama. Shortly thereafter, she was street cast for a French film called “Gainsbourg: Vie Heroique.”

She didn’t get it, but being chosen for an audition made Hope realize acting could actually pan out as a potential line of work. So she wrote cover letters to agents, inviting them to watch her in plays at Oxford. Of the 50-something agents she reached out to, two got back to her — one of whom became her first representation. At 18, she started taking on small jobs like Coca-Cola commercials, which left her “over-the-moon excited.” 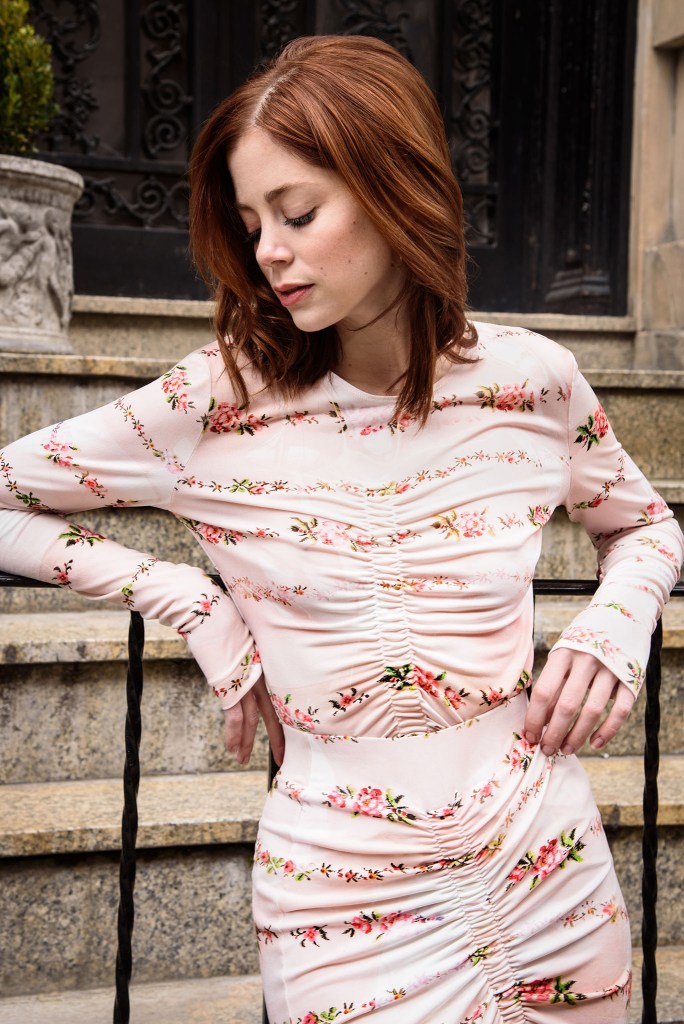 Hope finds her own tenacity matches the personality traits of Catherine, who’s been portrayed as headstrong and proud.

“I remember [Frost] saying to me at the beginning, ‘This is my warrior princess,’” Hope says. “‘She doesn’t have to be likable. She can be entitled and privileged and she can mess up.’ But then also sometimes she’s incredibly kind. She’s a woman in a man’s world doing whatever she can to survive, and that means sometimes she’s going to have to manipulate, and sometimes she’s going to have to be fierce. She’s got to strengthen herself as best as she possibly can. So yeah, she’s a fighter and she’s strong-willed, but that’s interesting to me. She’s a real mix of strength and vulnerability.”

Fans of the show (yes, they exist already), have discussed ad nauseum on social media how “The Spanish Princess” is an exciting diversion from the usual story associated with Henry VIII: that of Anne Boleyn’s. Hope says playing the queen helps introduce another narrative from a period of history people might not be completely familiar with.

“You usually see Catherine as the boring introduction to sexy Anne Boleyn,” she adds. “She’s always the frumpy, dowdy, pious wife — but actually Henry VIII was married to Catherine for 24 years. It was a real love match. And then he pings through the rest of the wives pretty quickly.”

As it turns out, Hope nearly missed nabbing the role of Queen Catherine on “The Spanish Princess” when the network initially chose another actor. Despondent, she went to The Smile with a friend and shared a large shortbread cookie with a dollop of milk chocolate in the middle of it to commiserate. But Starz eventually came back to Hope.

Now she’s back at The Smile once more — and says she feels like a cookie with a glass of cold milk. Incidentally, it’s the same cookie she ate when she thought she’d been defeated.

“I’ve been really hustling for a good seven years of my career. I was just sitting there being like, ‘I’m just going to do the work and hope that it works out because I really love acting,’” Hope recalls, breaking off a bit of the sugar cookie and popping it into her mouth, savoring the sweetness. “‘I’m just going to chip, chip, chip away.’ And then finally I got the chance. I was like, ‘Oh, it’s my turn.’”