Author makes the case that we’re marinating in chemicals in his new book “What’s Gotten Into Us? Staying Healthy in a Toxic World." 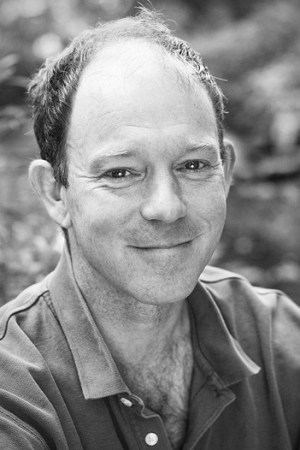 Be afraid. Be very afraid. That’s the way McKay Jenkins, a professor of English and director of journalism at the University of Delaware, felt when he was diagnosed with a tumor. Jenkins had never smoked, ate organic food, exercised regularly and had no significant family history of cancer. Thus he was floored when, during tests for some discomfort he was having, a doctor discovered a suspicious mass in his abdomen. Just before he went into surgery, two public-health researchers with clipboards asked him a series of questions about his history of contact with chemicals, which made it evident that they thought these substances might have caused his problem. After the operation — the tumor, fortunately, was benign, which his doctor told him was highly unusual — Jenkins, who had become alarmed by the notion of our exposure to dangerous materials, decided to write a book about it. The result is “What’s Gotten Into Us? Staying Healthy in a Toxic World” (Random House). In it, he makes the case that we’re marinating in chemicals.

“There’s a lot of talk about deregulating things, because the economy is in a bad state,” he says. “But deregulating things like environmental or health regulations results in unintended consequences; the consequences end up right in people’s bodies.” One category that’s particularly harmful, he notes, is pesticides, “which are ingeniously designed to do very specific things to plants. The message that I was trying to explore is that food is not the only way to take precautions for your health. When you start to look at the other sources, the things you put on your body and drink out of a tap, these also have a way of getting into your system. Start looking at all these other categories, things to avoid or things to not drink out of — certain plastics — and in cosmetics, personal-care products, upholstery, make wiser choices. The beauty of the American system is that it creates lots of possible options, including plenty of good ones.”

“Another good general rule,” he observes in the book, “avoid using products made with ingredients you can’t pronounce. This is as true for cosmetics and shampoos as it is for food.

“When it comes to ‘freshening’ the air in your house, try doing it the old-fashioned way: open your windows,” he writes. “Air fresheners typically contain fragrances made with phthalates as well as neurotoxins.” He also advises getting rid of your lawn, which requires heavy doses of chemicals, and replacing it with native plants, which will attract native insects and thus indigenous birds and wildlife.

In Europe, many of the chemicals used in the U.S. are banned; Jenkins believes that, because of the vast financial resources of the companies that create them, it would be more effective to try to get state laws to regulate or ban these substances than to go for country-wide legislation.

“By the mid-1970s, there were some 62,000 chemicals in use; today the number is thought to be closer to 80,000,” he writes. “The EPA has a full set of toxicity information for just 7 percent of these chemicals, and the U.S. chemical industry, a $637-billion-a-year business, is so woefully underregulated that 99 percent of chemicals in use today have never been tested for their effects on human health. Fewer than 3 percent of these chemicals have ever been tested for carcinogenicity. Far fewer (or none) have been assessed for their effect on things like the human endocrine system or reproductive health.”

Asked about his take on the nuclear reactors damaged by the Japanese earthquake, Jenkins says, “People are starting to understand the way the wind blows. They’re suddenly paying attention, testing for contaminated milk in California and Maryland.…They understand that wind currents carry contaminants, wind blows them places.

But women, he believes, are the ones who could make the biggest difference. “To get sophisticated women to pay attention to this — honestly, there’s no more powerful consumer group,” he says. “Women hold the key to so many things like this, and pregnant women and nursing mothers are the Navy SEALs of this argument.”