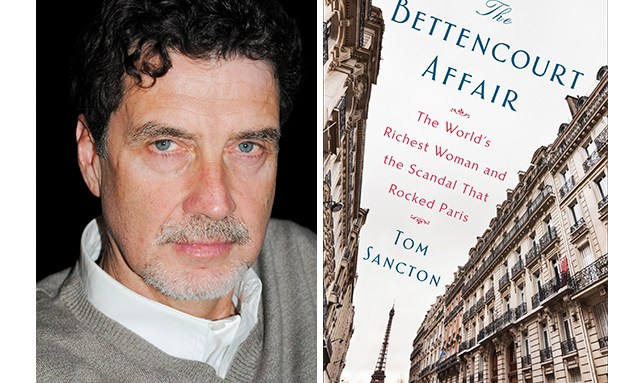 Liliane Bettencourt, 94, is, according to Forbes magazine, the richest woman in the world — a title she alternates with Wal-Mart heiress Alice Walton — and for many years, she seemed to have it all. She was beautiful, stylish, bright, and she had inherited a massive fortune derived from the hair care and cosmetics giant L’Oréal.

Her father, Eugène Schueller, had founded the company with hair color, and she was an only child. Liliane played an important symbolic and administrative role in the company, although she never attended college and was not in line to officially head the company. She was married to the late politician André Bettencourt. With a current estimated net worth of $36 billion, her financial resources seemed endless.

After leading a relatively conventional — albeit very privileged — life for many years, Bettencourt took up with a much younger man, Francois-Marie Banier, a flamboyant writer and photographer whose patron she became. Tom Sancton in a new book, “The Bettencourt Affair: The World’s Richest Woman and the Scandal That Rocked Paris” (Dutton), quotes Bettencourt’s former lawyer Georges Kiejman as saying, “Liliane was rich, she was beautiful and she was bored to death.”

“Brash, provocative, iconoclastic, he had none of the kowtowing deference that she was accustomed to,” Sancton writes of Banier. “He would criticize her clothes, her hairstyle, playfully call her names at times, even as he flattered her and praised her beauty, her intellect, her sensitivity. Banier also talked to her about books and philosophy and art, things that were not a part of André’s dinner conversation. And he brought her out of her shell, introducing her to artists, writers and actors, escorting her to art galleries, museums, theaters, auction houses. As Liliane put it, ’He renovated me.’”

Bettencourt wanted to help Banier build his photographic career; her first act of fiscal generosity was to pay for a catalogue of a photo show for him at the Centre Pompidou in 1991. She saw to it that he had lucrative photo contracts with L’Oréal, and she also bought property and paintings in his name. Although he was openly gay, she appeared to be in love with him. An Adonis when young, he was still a nice-looking man, and they shared restaurant meals and traveled together. They also kept up a voluminous correspondence. At one point, she had put his name on insurance contracts worth up to $1 billion on her death and tried to give a private island she owned to him.

The generosity was so over-the-top that it attracted the ire of her only child, Françoise Meyers, who took Banier to court, claiming that he had committed acts of “abus de faiblesse,” that is, acts which took advantage of the weakness of an elderly person, a felony in French law. It all added up to a scandal that riveted France for a decade. It ended in 2015 with Banier initially being sentenced to three years in prison by a court in Bordeaux and required to repay Bettencourt 158 million euros and a 350,000 euro fine. A year later an appeals court reversed the verdict, giving Banier a four-year suspended sentence and ordering him to pay a 375,000 euro fine.

Sancton says of Meyers, “She’s a very strange person, very introverted; not somebody who radiates a lot of warmth or happiness. She’s got this huge mane of dark hair. The impression you get from her is that she’s unhappy, bitter. Her relationship with her mother was very bad for a long time. She felt that she didn’t measure up.”

Banier had long known everyone who was anyone in Paris, and not everyone liked him. He was taken up, for example, in his 20s by artist Salvador Dalí, who was fascinated by him. The pianist Vladimir Horowitz was another pal. Diane Von Furstenberg is also a longtime friend, as is actress Vanessa Paradis. The late French President François Mitterrand was a friend, too, and Banier became a fixture at the Élysée Palace during Mitterrand’s tenure there. Louis Aragon, Sancton recalls, “said that he would be the next Stendhal or Turgenev.”

Sancton, who is originally from New Orleans and still has a slight Southern accent, did two stints in Paris for Time — including as Paris bureau chief — and has spent much of his life there. He is married to a French sculptor, Sylvaine Sancton, and he has two children who, like him, are dual nationals. He first wrote about the Bettencourt scandal in a Vanity Fair article published in 2010. He has reviewed the extensive court records in the case, and spoken to nearly everyone involved, with the exception of Bettencourt herself, her daughter and her husband, Jean-Pierre Meyers. The scandal also ensnared then-President Nicolas Sarkozy, who — after he left office — was questioned in court about the large amounts of money given to his political campaigns by Liliane and André Bettencourt.

In addition, the Bettencourts’ butler, Pascal Bonnefoy, at one point began to feel that his job was threatened by Banier and made a series of recordings of goings-on in Liliane’s private office. These tapes reveal a woman who, in meetings, is sometimes unable to follow what is being discussed, partly because she was by that time profoundly deaf, and also probably because, according to the book, she had begun to suffer from senile dementia.

L’affaire Bettencourt, as it came to be known, unfolded over a long period — 1999 to 2011 — much of it during the time that L’Oréal was headed by Lindsay Owen-Jones, who himself would receive a 100 million euro “thank you” check from Bettencourt. However, Owen-Jones had increased the revenues of the company he headed six times during his tenure as its chief executive officer and its stock price 12-fold.

Sancton believes that Banier spoke to him because he was an American and, in fact, Banier gave him a lot of time, clearly hoping to influence the tenor of his book.

“I was kind of coming from the outside, so he figured I would be more objective,” the writer says. “He took a serious beating in the French press. [Most people think that] he overstepped a few boundaries, but he doesn’t see it that way. He thinks he did nothing wrong. [He was portrayed as an] abusive gigolo, a Rasputin, a guru and a con man. But some publications and journalists were more inclined to cut him a little bit more slack.”