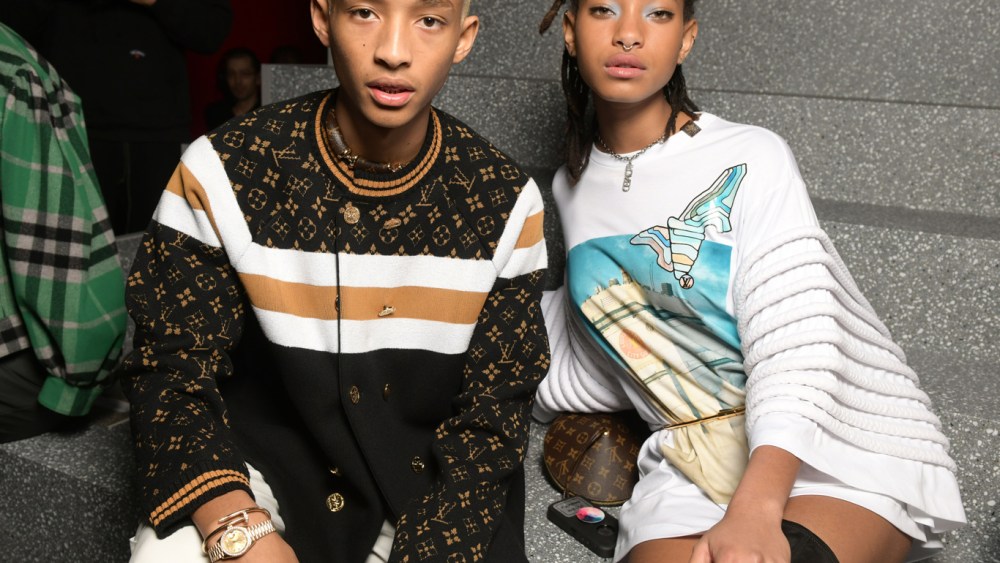 CULTURE FIX: Guests got two museums for the price of one at the Louis Vuitton show on Tuesday.

Set in the Louvre as usual, the show venue was framed by colorful plastic tubes running alongside two sides of the space.

“I love it, it looks so industrial,” said actress Noomi Rapace, who is prepping for her upcoming role in Amazon TV series “Jack Ryan.”

The futuristic architecture was a replica of another famous cultural spot in Paris — but could the guests guess which one?

It got the actress thinking about her favorite museum in her native country of Sweden. “I love Fotografiska, a museum for photography in Stockholm,” said Vikander, who is best known for her role as Lara Croft in the 2018 “Tomb Raider” film. “It’s one of my favorite places — and there is one opening in New York in a couple of weeks.”

When it comes to culture, Mark Ronson is a true francophile. “The Centre Pompidou is actually one of my favorite museums; I went there when I came for the Louis Vuitton show last season,” said the music producer, who won the best original song Oscar for “Shallow,” sung by Lady Gaga and Bradley Cooper in “A Star Is Born.” “I also like the Petit Palais, which is in Paris, too. I guess it’s the only place I go to a lot of museums.”

“I think my favorite museum is actually the Louvre, because there is so much for me to still discover,” she said. “I visited it last year but it’s so hard to see it all: It’s mysterious, vast, intimidating and full of culture.”

Dobrev is promoting “Fam,” a new TV show on CBS in which she plays the lead character: “a reformed hot mess who is marrying the man of her dreams, but she doesn’t want him to meet her dysfunctional family,” explained the actress.

Sitting next to siblings Willow and Jaden Smith, Chloë Grace Moretz confessed to having a soft spot for natural history. “The Natural History Museum in London was a big deal to me when I was living there as a kid,” she recalled.

“I definitely think it’s better than the one in New York. There is a bit where they simulate an earthquake. It shows what a magnitude 4 would be and it shakes stuff all over the place. I think it’s the first time I actually understood history as a young person.”

The “Kickass” actress is prepping to take over the role of American gangster Bonnie Parker in an upcoming remake of “Bonnie and Clyde,” in which she will star opposite “Skins” actor Jack O’Connell. “I’m still trying to nail the accent,” Moretz said about Parker’s Southern drawl.

Sitting next to “BlacKkKlansman” star Laura Harrier, Naomi Scott and Roberts were busy catching up about each other’s families. Roberts, who turned 28 in February, actually spent her birthday in a museum. “I had a lovely day at the Guggenheim in New York,” said the actress, who will start filming “Holidate,” a romantic comedy for Netflix, in a couple of months.

As for Scott, who appears on the April cover of British Vogue shot by Nick Knight, the British actress is gearing up for the release of Disney’s “Aladdin,” which will hit theaters in May.

“It was great playing Jasmine,” she said. “Having the opportunity to humanize an iconic character was pretty fun. And yes, Rajah will be in the film — but in CGI version! This is 2019, we wouldn’t be allowed a real tiger on set.”