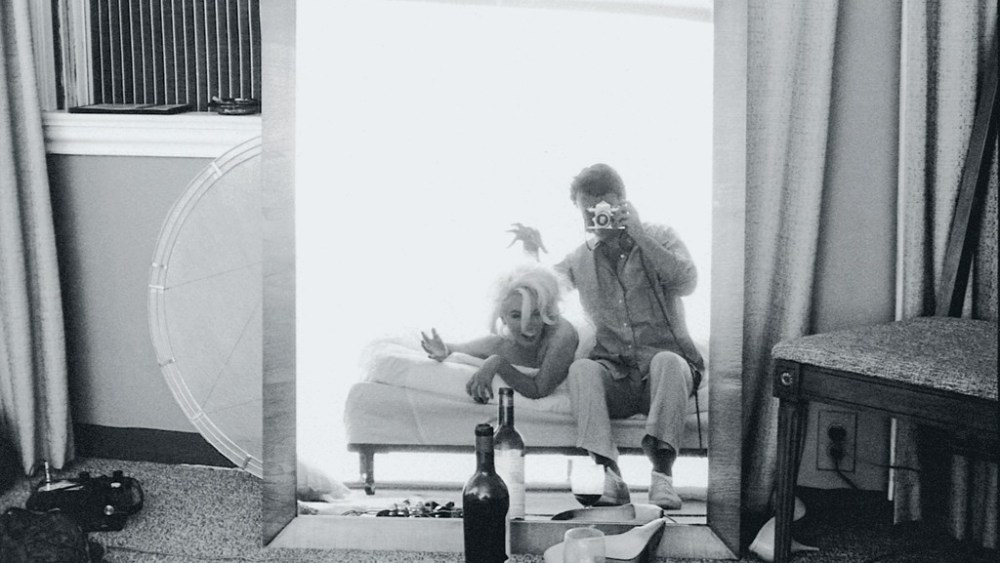 A windswept blonde photographed on a beach, barefaced and squinting into the sun, her mouth curled into a familiar, happy smile — you’ve seen her before a million times, but not like this. The girl is Marilyn Monroe, who was just about 20 years old when she posed for Andre de Dienes’s 1946 picture. It’s one of several previously unseen shots featured in “Picturing Marilyn,” a two-day photo exhibition at New York’s Milk Gallery Nov. 10 to 13 that show Monroe’s transformation from angelic teenager to the glamorous, sophisticated, platinum sexpot that became her visual legacy.

Curated by Etheleen Staley of the Staley-Wise Gallery, many of the 62 photos — by Milton Greene, Bruno Bernard, George Barris, Sam Shaw, Richard Miller and Ben Ross, among others — are iconic, including the career-changer by Philippe Halsman that landed on the cover of Life magazine’s April 7, 1952 issue with the headline “The Talk of Hollywood.” But there are also some rare gems; for example, an unpublished shot of Monroe in a black backless Dior gown from “The Last Sitting,” Bert Stern’s famous shoot for Vogue magazine at the Hotel Bel-Air in 1962, just six weeks before Monroe’s death.

Billed as a partnership between the Weinstein Company, Christian Dior and Stern — the subject of the recent documentary “Becoming Bert Stern” — the exhibition is apropos of the Nov. 23 release of Simon Curtis’s film “My Week with Marilyn,” a Weinstein Company production starring Michelle Williams as Monroe, Kenneth Branagh as Laurence Olivier and Eddie Redmayne as Colin Clark, the writer and documentarian on whose memoir the film is based.

Dior has re-created the black dress Monroe modeled in “The Last Sitting,” which will be part of an exhibition preview on Nov. 9, for which Stern will be on hand. There will also be a screening of “My Week with Marilyn,” a charming glimpse of a week in the lives of Monroe and Clark on the set of “The Prince and the Showgirl” that has put Williams and Redmayne in the same sentence as the word “Oscar,” and will do nothing to diminish the endless fascination with Monroe.

“The key to it is that she has been so photographed, and was so photogenic that, in a way, people are drawn to her image even more than her movies,” said Staley, who estimates that the images featured in “Picturing Marilyn” will sell from $1,000 up to about $25,000 for a Stern. “I think she cooperated with the photographers. She loved to have her picture taken. In Hollywood there’s a tradition of movie stars who collaborated,” Staley added. “For instance, Joan Crawford, in the Thirties and Forties really had a partnership with [George] Hurrell. The actresses knew the still photographs would further their career, and they loved to have their pictures taken. They weren’t actors for nothing.”

Weinstein boils Monroe’s eternal appeal down to three things: “She had an innocence, an intelligence and a sexuality at the same time. It’s like an alchemist’s dream. There’s three chemicals going on at once. Some people have two ­— they’re smart and sexy; some people are innocent and smart. Hers is a three-way combination that just knocks you out because, just when you say she’s naive, she’s brilliant. They asked her, ‘When you go to sleep what do you have on?’ She said, ‘The only thing I have on when I go to sleep is the radio.’ So I mean, that’s the wit.”

The total package is still capable of selling dresses ($500,000 at an auction in China last month), movie tickets and photographs, even as the 50th anniversary of Monroe’s death approaches. In a somewhat confusing display of cross-promotion, Weinstein pointed out that during last year’s press frenzy surrounding his Oscar-winning film “The King’s Speech,” he had a moment with the Queen of England. So did Monroe, he said, when she and the queen met at a movie premiere (alluded to in “My Week with Marilyn”). “They’re the same age,” said Weinstein. “The fact that the queen is so vital shows you what Marilyn could have been.” Then again, that’s the beauty of Marilyn — she never gets old.