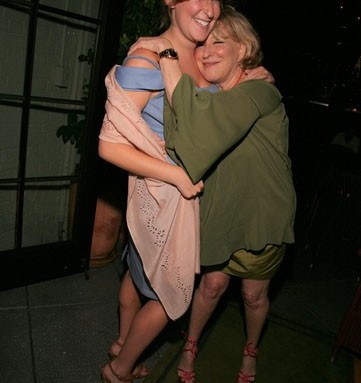 A gaggle of girls gathered Thursday night for the screening of “The Women” hosted by the Cinema Society and Nars. In the bunch were co-stars Meg Ryan, Jada Pinkett-Smith, Debi Mazar and Eva Mendes. Despite the high level of estrogen on set (there are no men in the movie) the actresses swore they all got along.

“It was so great to be working with such wonderful women,” said Pinkett-Smith.

Even though the after party at the Gramercy Park Hotel was packed with other ladies who came to show their support, there was one man in the room they were all excited about—Mick Jagger. The rock star, who came with girlfriend L’Wren Scott, produced the film.

“I’m a big fan,” said Lauren Bush as she introduced herself. “I sleep in your T-shirt almost every night.”