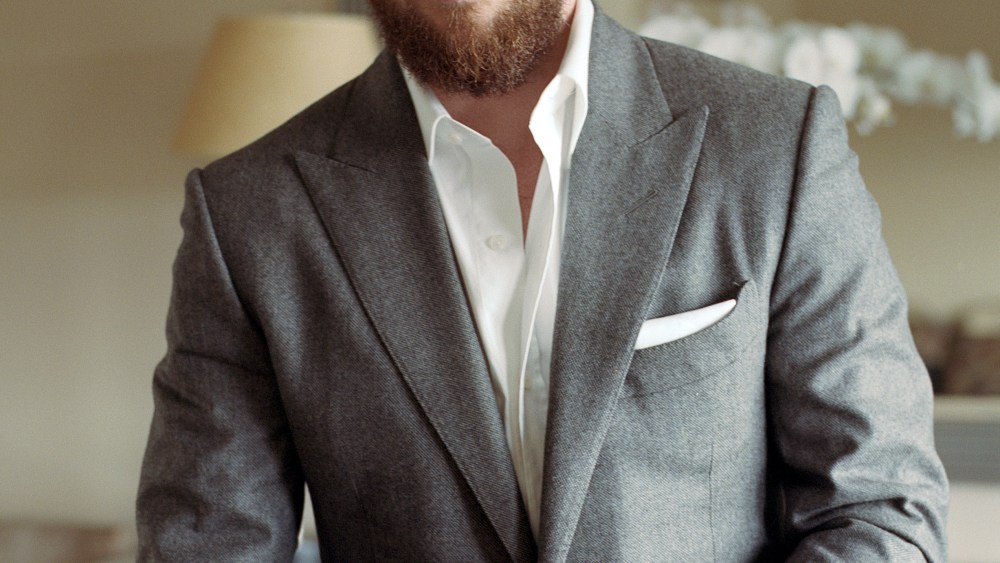 It’s difficult to like Aaron Taylor-Johnson in “Nocturnal Animals.” From the moment his character emerges in Tom Ford’s sophomore film, stringy chin-length hair and all, he’s there to wreck havoc. Painting a sickening portrait through intimidation, rape, murder and general low-lifery, the only redeeming quality to land upon is Taylor-Johnson’s cerulean eyes, overwhelmed by his character’s villainy.

“My body took a bit of physical abuse to play a role like this — and a psychological one, too,” says Taylor-Johnson, new to playing the role of antagonist. “I grew my hair out, I had a beard that [Ford] shaved into mutton chops. I grew my fingernails out. I dropped about 20 pounds in weight. I smoked and drank, and went sort of toxic on the inside out.”

Taylor-Johnson’s Ray Marcus lives in the barren stretches of Texas, the ringleader of a gang of miscreants who encounter, and subsequently brutalize, a husband and wife who are on a road trip with their young daughter. “When I first read the script, I thought it’s a dark, horrific, violent thriller, which it is, but it’s a metaphor for this heartbreak,” he says of the highly stylized film, which also stars Amy Adams, Jake Gyllenhaal, Michael Shannon and Isla Fisher across a collage of interwoven story lines.

It’s a far step from the Marvel superhero universe Taylor-Johnson has inhabited in recent years, from the “Kick-Ass” films to “Avengers: Age of Ultron.” Himself a father to two young girls, he spent several months prior to filming researching psychopaths and serial killers to prepare for going inside of his character’s dark psyche.

“It was really kind of disturbing, sleepless nights,” Taylor-Johnson says of the process. “There are some things that I did as that character that when I watched it back for the first time, I was so put off and disturbed by myself. I couldn’t even recognize half the things I did — what did I say, what did I just do?” While he wasn’t able to sympathize with his character’s actions, Taylor-Johnson was able to find justification for the why, which he distills to, “You’re only going to blame me anyway, so I might as well do the thing you’re accusing me of.”

While his character brought him to dark spaces, the actor was buoyed by his home life with director Sam Taylor-Johnson. Both limit themselves to one project a year, giving Taylor-Johnson the ability to fully enter the headspace of such a troubled character. “I had to keep that dark aura away from my family and kids,” he adds. The actor recently finished shooting his next film, “The Wall,” an indie war thriller directed by Doug Liman. It will mark the first original feature produced through Amazon Studios.

Even though he only takes one project a year, his profile is rapidly rising. He was Ford’s first choice for the “Nocturnal Animals” role, for example. No wonder the 26-year-old British actor exhibits a confidence and eloquence unusual for a man in his mid-20s.

“Initially I was reticent about casting Aaron because we are friends,” says Ford, who wrote the film’s screenplay based on Austin Wright’s 1993 novel “Tony and Susan.” “I have also known his wife for over 20 years and I see them socially. We were having dinner one night and he was acting out a story, he just switched into something, and I thought, ‘Oh my God, you could totally be this character Ray,’” Ford continues. “Aaron’s character had to be charming and seductive. Every take he did was different and entertaining — he surpassed all of my expectations.”

The film has won critical plaudits since it premiered at the Venice Film Festival, taking home the Grand Jury Prize. Although it’s only Ford’s second movie, “he’s decisive — he knows exactly what he wants,” says Taylor-Johnson, mirroring the widespread praise of his director. “I never for a minute thought, ‘Oh, this is his second movie, he’s still experimenting and he’s making mistakes.’”

Taylor-Johnson filmed his scenes in the Mojave Desert over the course of several weeks, mostly at night. Takes were dictated by the reels of 35-mm film. “We would shoot until the roll went out,” Taylor-Johnson says. “Tom would just let us go like animals, rage like a pack of animals, just go at each other, and then he wouldn’t call cut until I hear” — Taylor-Johnson mimics the sound of clicking — “and we’d all stop. You’d hear that sound and you’d know, ‘Oh, that’s the reel, it’s run out.’”

“I said to [Ford] in rehearsals, ‘Are you gonna wear a suit? Are you gonna wear that out in the desert?’ And he was like, “I might,’” Taylor-Johnson recalls. “I was like, ‘Oh, you’re sort of old-school like Hitchcock wearing the black suit and white shirt.’” But I said, “I don’t think you’re going to be that comfortable in the desert,” and he said, ‘Well, I might be a bit more casual.’” Casual, for Ford, meant denim on denim, cowboy boots and a cowboy hat.

Despite all of its violence, the movie is ultimately about devotion and loyalty, a quality that Ford has lived out with his partner of 30 years, Richard Buckley.

“I just respect that and I love that love and that connection — that soul mate that you just don’t let go of,” says Taylor-Johnson, reflecting on the metaphorical quality of the story. “At the soul of it, it’s a cautionary tale: just hold onto what is most important to you in life.”