Inside ‘Girl A,’ One of the Year’s Most Anticipated Debut Novels

The psychological thriller is written by Google lawyer Dean, who is already being called one of the biggest breakouts of the year.

Growing up, Abigail Dean was often hard at work on short stories based on her stuffed animal collection. As a teenager, she transitioned to fan fiction and an attempt at a novel, at age 16. But as university approached, she dismissed writing as a pipe dream, pursuing the law instead.

Now at 32, Dean has realized that dream and published her first novel, written while keeping her day job as a lawyer at Google in London. And that novel just so happens to be one of 2021’s most anticipated debuts.

“Girl A,” published in January in the U.K. (where it quickly shot to the Sunday Times Bestseller List) and out today in North America, follows the path of other publisher-hyped releases like “Gone Girl” and “Girl on the Train” and already has The Guardian asking whether Dean has “written the book of the year?” So where did this psychological thriller from a first-time writer come from, exactly?

For all purposes, Dean was happy on the legal track. In her 20s she worked the immersive hours lawyers are known for, which left no time for writing but also little time for any personal reflection. Then her 30th birthday came.

“I was sort of having a bit of an assessment of how happy I was, and I realized I spent most of my time behind a desk. And I think that that sort of made me question things a bit and I realized that I would still be in the same position at my 40th birthday and on my 50th birthday unless I actually took a step to change things,” Dean says. “And that was when I decided to take some time out of law and started writing.”

She took a three-month leave of absence to begin writing “Girl A,” which, after a year-plus of more work, resulted in six- and seven-figure deals in the U.K. and U.S., respectively, and the acquisition of film rights by Sony.

“To be honest, looking back, it’s still a bit of a whirlwind,” Dean says. “I look back and I’m like, how did this happen?”

“Girl A” is the identity by which the outside public knows the book’s narrator, Lex Gracie. Lex and her siblings grew up in remote England with abusive parents who started them in school with relatively normal lives, before spiraling into keeping them chained to their beds morning and night with physical, emotional and psychological abuse nonstop. Lex finally escapes, at age 15, and the children become a national news story. The book loops back and forth from their childhood to present lives, where all have been adopted by different families and are navigating adulthood. 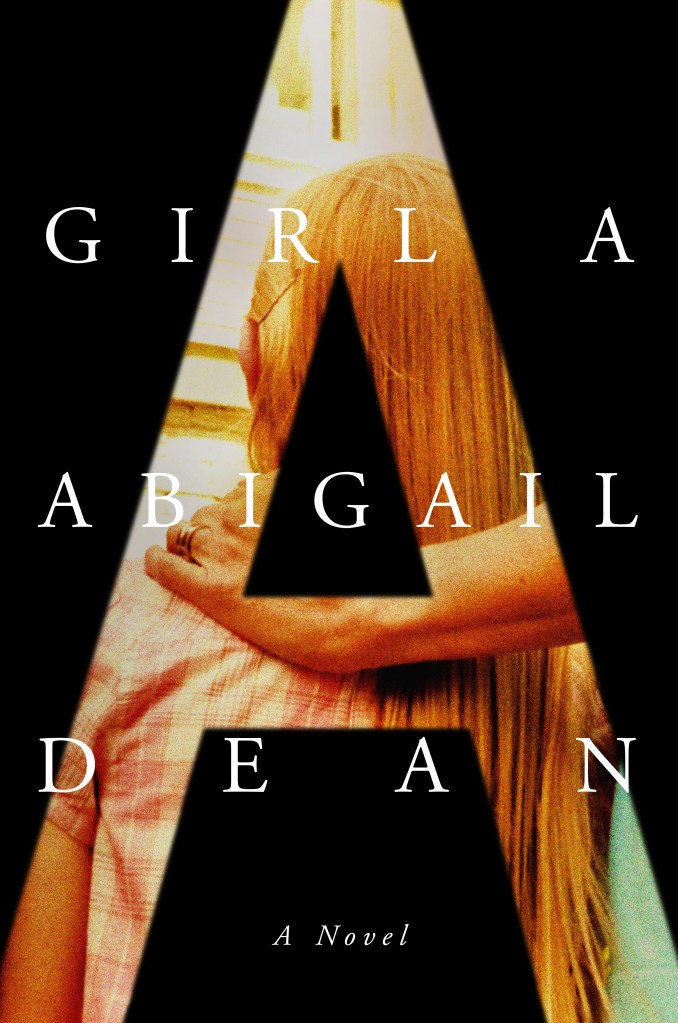 The cover of “Girl A” by Abigail Dean.

Dean, an only child, says she has always been fascinated by big families and sibling relationships.

“I was really interested in that dynamic between both absolutely adoring somebody and being incredibly frustrated and irritated by them at the same time,” she says. “Which I think is quite rare in a way, that you think you would kind of defend somebody to the death, even when you yourself are irritated by them.”

She also is a big consumer of true crime, and had been interested in family abuse cases like the Turpin family in California and the West family in the U.K.: both the cases themselves, which receive all the news attention, but also the less-publicized what happens after.

Despite the very heavy nature of the Gracie children’s situation, Dean always aimed for the book to be one of hope, something she says setting a young female protagonist as the hero intends to achieve.

“I wanted it to kind of really focus on strength and on resilience. And I think that is what Lex has in spades,” Dean says. “She’s been through an incredibly traumatic experience, but her narrative voice is actually quite dry and cynical, and quite humorous in some ways. And that was the sort of tone that I wanted the whole of ‘Girl A’ to have. That hopefulness.”

In preparation, she familiarized herself with the fictional families in “The Royal Tenenbaums,” “The Sopranos” and “Succession,” looking at the “psychology of how these children might have reacted, with a lot of interest in their family dynamics.”

Dean, who is already at work on her second novel, about conspiracy theories, is taking off the week of the U.S. launch but otherwise is juggling her press tour and her writing with her day job.

“I find generally being a lawyer is really kind of complimentary for writing. I think it’s the sort of scrutiny of words all day and thinking about the impact that each of them might have,” she says. “I think as a lawyer, you have to understand every word matters and it could, in the future, be interpreted by a court and picked over. That feels a bit like writing for readers as well. I think readers will look up things and understand them differently and interpret them in their own way. And it’s really nice having that kind of reflection of your writing and vice versa.”