Aby Rosen is wearing a suit. This isn’t so remarkable among megamillionaires, except that Rosen is often pictured wearing simply jeans and a buttondown, or even a T-shirt. To see him dressed up and sitting in a small conference room inside his office at The Lever Building, which he owns, is a reminder that this white-haired, jolly-looking German is not just a fixture on the party circuit. He’s the owner of 71 buildings worldwide, including the Seagram Building, the Gramercy Park Hotel and the W South Beach, with several major real estate transactions in the works.

“Make me look friendly,” he instructs the photographer taking his portrait. “I’m a friendly guy.”

The media seems to largely disagree with that statement. “I get a lot of press, good and bad,” says Rosen. “If I get bad press, it’s somebody who doesn’t understand what I’m doing, to be very frank with you. I’m a big believer in change. So when you have change, somebody will be threatened….People love to attach a battle to it.”

Most recently, people were up in arms about his removal of the Picasso triptych at The Four Seasons restaurant, which he’s leasing to a new, more modern tenant this year. But his bad press goes back much farther than that: 10 years ago, Tom Wolfe penned an op-ed in the New York Times aimed squarely against Rosen’s plans to redevelop an apartment building at 980 Madison Avenue (the project was eventually dropped). In the time between, the press has also made a game of chronicling the creative tenants (and often beloved New York fixtures) he’s effectively dislodged — director and playwright Robin Wilson from a 25-story unit in TriBeCa in 2007, and the photographer Jay Maisel from his new development at 190 Bowery in 2014 — while pointing out that he’s happy to support artists when it comes to purchasing their works.

For all the stereotyping of him as a Triborough imperialist, Rosen isn’t unlikeable in person. He’s charming and seems like a lot of fun, especially if you’ve heard of his annual party at Art Basel Miami Beach. He speaks in rambling sentences, tinged with his German lilt, that carry listeners happily along until he says something like, “There’s a need for a late-night piano bar or jazz lounge where you can go after the theater and eat a burger, or caviar. If you can afford it.” He falls into the Donald Trump category of being both incredibly charismatic and unapologetically arrogant. Maybe that’s what it means to be a powerful man today.

It’s that grandiosity that makes his latest project at 11 Howard particularly curious. The hotel, formerly a Holiday Inn, will donate a portion of its revenue to the Global Poverty Project, and has partnered with Lauren Bush Lauren’s FEED and Olivia Wilde’s Conscious Commerce. Is he trying to placate his critics? “I’m not appeasing anybody. I have real conviction and I do what I think is right,” he says. “I promise you in six months, there will be lots of chains and hotel companies picking up the idea because it works. And our goal was for others to pick it up and be almost infectious.” 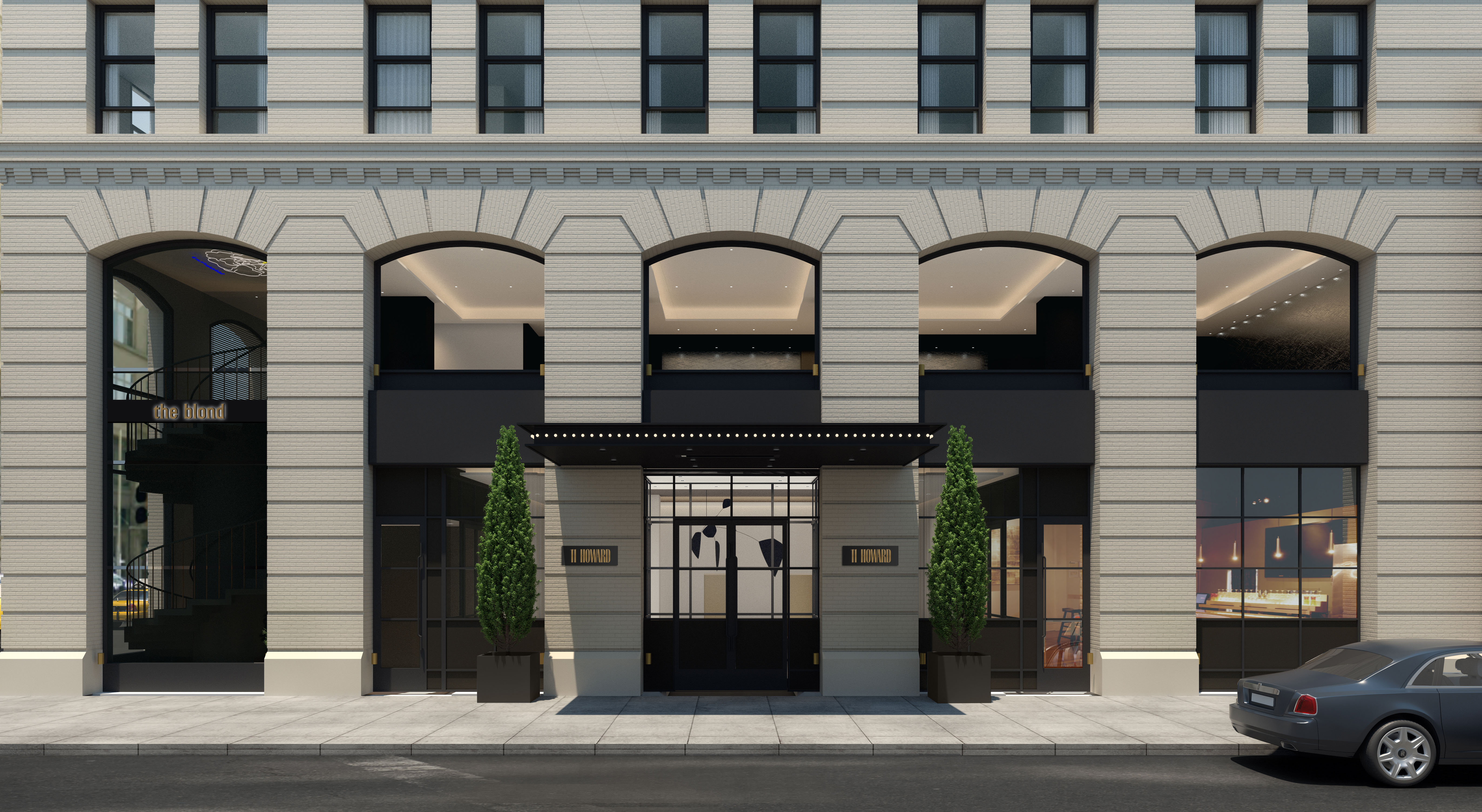 Aside from its philanthropic efforts, 11 Howard delivers on Rosen’s brand of cool. Designed by the Danish architecture company Space, it’s all wood and textiles, with a rotating mural outside created in collaboration with Groundswell, a nonprofit that connects underserved youth with artists — Rosen’s close friend Jeff Koons will create the first one. And while the resulting work will likely be bold, for the most part 11 Howard will be more relaxed than the Gramercy or the Paramount Hotel in Times Square, another in Rosen’s portfolio.

“Some hotel companies do that, where you walk into a hotel and it’s the same energy,” he explains. “I’m not saying the NoMad [Hotel, owned by the Sydell Group] is not doing a good job, but you walk in there and there’s havoc and there’s music — that’s cool, but it’s not where the trend is. I think the trend is to create a calm environment where you can detox and chill out. Privacy and quietness is a luxury.”

It’s a luxury apparently not afforded to Rosen. The New York Post recently called him a “pig” in reaction to his changes at the Four Seasons. “Not one to give f***s about the city of yore,” wrote Curbed. The New Yorker described him as “walrusy.”

“[The Four Seasons] is closing because it got tired and old,” Rosen says matter-of-factly. “Right now the room is not interesting enough. It’s really catered to the 60- and 70-year-olds. There’s nothing wrong with energizing a room with 30- and 40-year-olds, or 20-year-olds.”

His plan? Making the Grill Room and Pool Room two separate restaurants — currently they make up The Four Seasons — helmed by Jeff Zalaznick, Mario Carbone and Rich Torrisi, the team behind Major Food Group, which owns restaurants including hot spots Carbone, Dirty French and Santina. The Brasserie, which is on the ground floor, will also be reinvented with a design by Peter Marino. All three should be open by the end of 2016. “It’s more restoration work,” he says, hinting at the Landmark Preservation Commission’s ruling against proposed changes to the Philip Johnson-designed space. “There’s only so much we can do on the interior, but we’re basically restoring the gold panels, the leather, new bathrooms. The space hasn’t been renovated in 60 years.”

As for recruiting a new team, the developer says, “People forget that when this restaurant opened in 1959, the guys who did it never had a restaurant before — it was a new thing. There’s always going to be a new kid on the block.”

Does he have plans to replace the Picasso? “Everybody expects me to plaster it with Basquiats,” he says. “The rooms are so beautiful, they are so pristine, the materials that we use there are so timeless, the more you hang there the more you take away from what it is. And I think if you look at the art that was hanging there the last couple of years — forget about the Picasso — they put horrible art up there, they basically took away from the room.”

And let it be known he’s not categorically opposed to Picasso. “If I only had four painters in my life it would be Warhol, Picasso, Yves Klein and Twombly,” he says.

Whatever the hubbub now, it’s hard to imagine that, once open, the new restaurants will be poorly received. Between Rosen, Major Food Group and Marino, it’s the equivalent of a slam dunk. And Rosen knows it.

“What you promise, you deliver, especially when you’re Aby Rosen,” he grandly proclaims. “So I’ll be sure to deliver what I said I would deliver.” 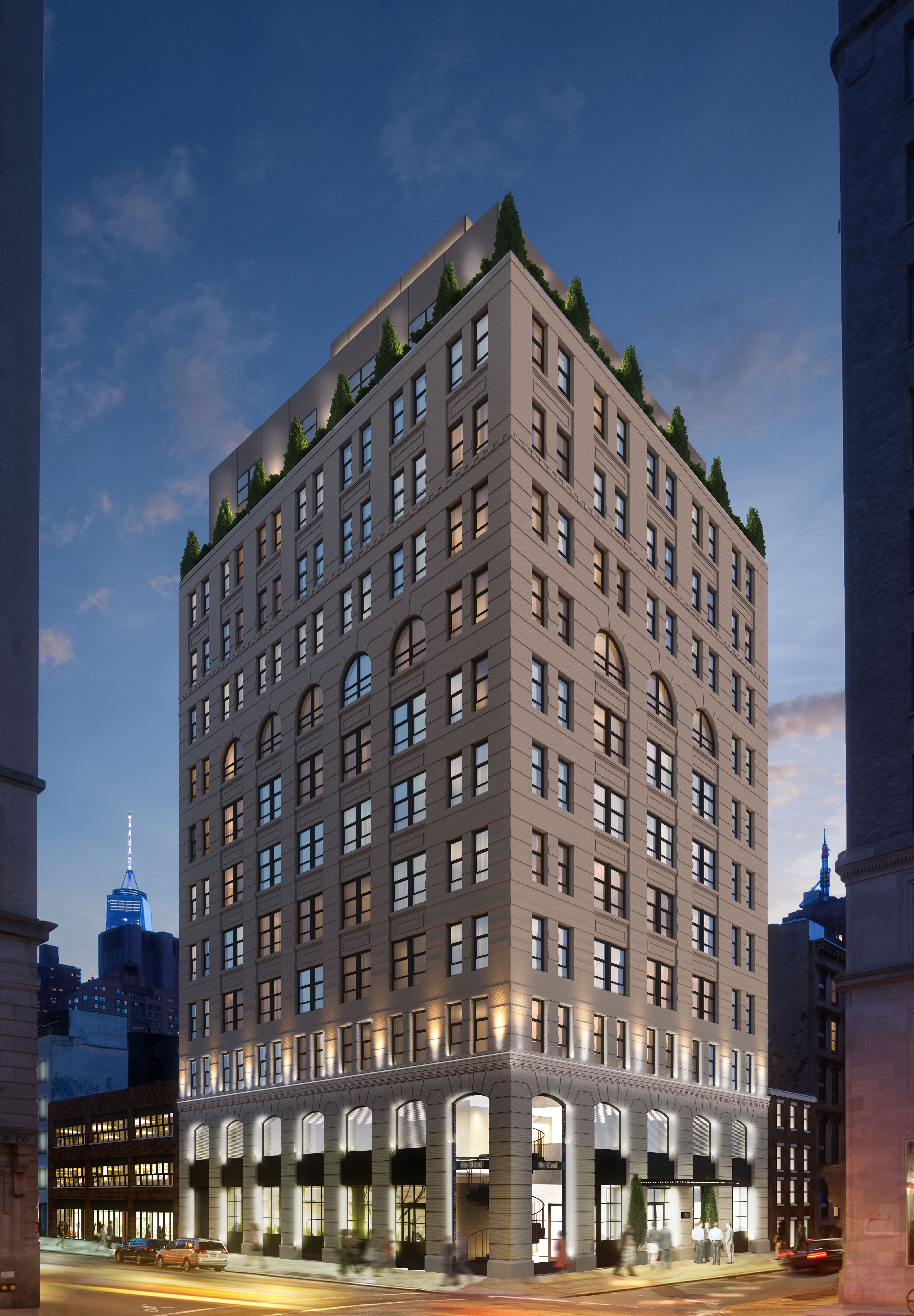