The book captures the esteemed actress' adventures as a birder, and her views on conservation and the environment. 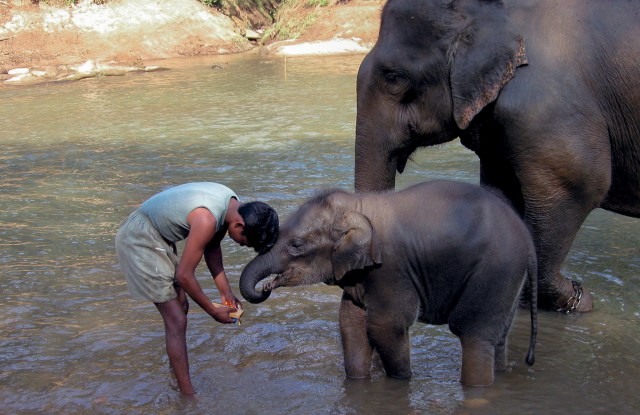 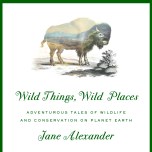 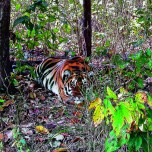 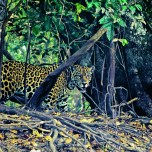 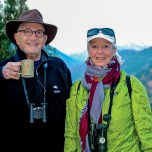 Actress Jane Alexander is celebrated for her roles onscreen and onstage. She has appeared in 60 films for screen and television, including “The Great White Hope;” “All the President’s Men;” “Testament,” for which she was nominated for Academy Awards, and “Playing for Time” and “Warm Springs,” for which she won Emmys. She has appeared in plays on Broadway, in the West End in London and in regional theaters throughout the U.S. She is also known for her serving as chairman of the National Endowment for the Arts, which she did from 1993 to 1997.

But there’s yet another string to her bow: Alexander is a birder, an avid conservationist and has been a trustee of the Wildlife Conservation Society and a commissioner of New York State Parks, Recreation and Historic Preservation. She also serves on the board of the Audubon Society.

Now she has written a book about her myriad experiences in this field: “Wild Things, Wild Places: Adventurous Tales of Wildlife and Conservation on Planet Earth” (Alfred A. Knopf). Most of the photos in the book are hers.

She writes vividly and passionately in “Wild Things, Wild Places” about her trips to Papua New Guinea, Bhutan, East Africa, Peru, Madagascar, India, the Galapagos, Newfoundland, Idaho, California and Hawaii in the company of scientists and environmentalists working with such organizations as Panthera and the Wildlife Conservation Society.

Alexander says that her closest male friend is Alan Rabinowitz, a noted preservationist whose work has involved putting together a multination alliance in South America to create a wildlife corridor for jaguars.

“I was always a nature girl from a really early age,” Alexander says during an interview at her house in Putnam County. “My mother and her Nova Scotia family were kind of close to the ground.” When she’s not traveling, she and her husband, director Ed Sherin, divide their time between Putnam and that part of Canada.

Alexander became a birder, she notes, because “I was already in love with birds and that seemed natural when I went on location. I was doing a lot of film work in the Seventies and Eighties. Now all you need are some bins — binoculars — I have three bird apps on here [she indicates her iPhone]. I don’t have to even take a field guide anymore.”

The bird she was most eager to see was the Monal Pheasant, a brilliantly colored bird which she spotted in Bhutan.

Asked what someone can do to help combat global warming, she says, “For wildlife, there are a lot of things that you can do in your backyard. Audubon has great programs for helping mitigate climate change. You can leave little bowls of water and things like that. That’s just for birds.”

She adds, “In Nova Scotia, in the Southwest area where I live, this is the driest summer since records started to be kept in 1880. We virtually haven’t had any rain since June. A few of us have drilled wells that go very deep into the granite outcropping and under the ocean. But in the little area that we live in over 1,200 wells have gone dry. I’ve been documenting the rise of the ocean. It has risen that much [gestures to show several inches], a lot more than they’ve been predicting. Regular tide surges go over and throw rocks on our little dirt driveway.

“What can people do? I think that they need to support the science, also putting pressure on your legislators to make regulations that make sense. We’re already over the tipping point; we have to catch up now.”

Isn’t her mission and that of other conservationists discouraging at times? “I used to get very discouraged, and then I talked to some of my heroes in science and conservation, like Iain Douglas-Hamilton of Save the Elephants foundation,” she says. “As a man who has seen everything, he has faith. I talked to another major conservationist not long ago, and he said if we get through the next 20 years we can save [the earth’s creatures].”

One encouraging sign, she says, is that birding has increased in China. A few years ago, there were only two birding clubs; now there are more than 30. In Nova Scotia, she adds, there’s a subculture of tattooed young men who roam the countryside with cameras with huge lenses. They’re birders.

“I do write about what I feel conservation is,” she says. “It’s an attitude. It’s spirituality, and it’s regulation. I’ll go through those three things, because they mean a lot to me. And attitude is to approach the cicada as something unpredictable to be greeted, not beaten down, and to look at it, learn about it and find out what it does in the particular place that you live in. Because most people will squash anything right away. They grow up with that. I certainly knew a lot of people who did that.

“The second one is the spirituality which says, I think you have to give some thought to the fact that we are one; we may be the apex mammal in the world. We are, but we are one of literally millions of species. And we don’t begin to understand the connectivity between all of us and what it means. The last one is regulations, because you need to have the buy-in of legislators and lawmakers.”

At times, Alexander’s relationship with wildlife has become what some might consider a little bit too close. A large house that she and her husband used to own had a cathedral ceiling. Alexander loves bats; they put a bat house on their roof. The bats were drawn by it, then decided to move down into the ceiling.

“I write that I lived with bats in my house because I love bats,” she says. “In the cathedral ceiling, there were big beams with rivets. The bats would curl up in the rivets, and you couldn’t see them at night. They are like mice; they can get in anywhere. Friends would come in, and they’d hear them [squeaking] and ask, ‘What is that?’ I didn’t want to tell them that we were living with bats, so I’d say, ‘I don’t know.’

“So finally when we sold that house about 12 years ago to a young couple who had a baby, they said, ‘Will you please get rid of the bats?’ We said, ‘Absolutely.’ I knew we had to put a new roof on, so we did. I went out, and when I got back to the house, the roofer said, ‘I stopped counting at 120.'”