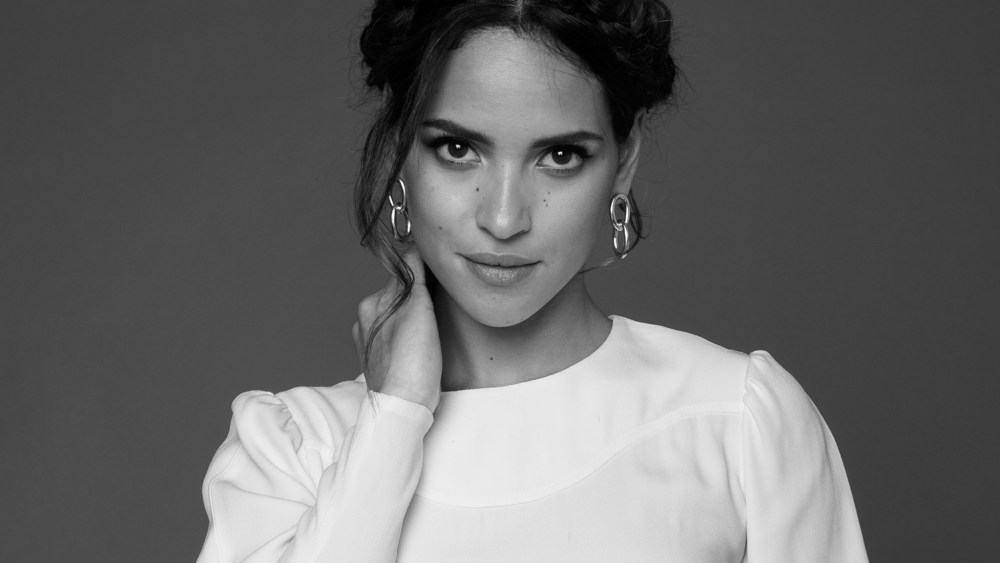 “When I first got the audition, I was, like, ‘I mean there’s no way that I’m going to be able to play this role,'” recalls 24-year-old actress Adria Arjona, a few days before the premiere of “Emerald City.” “You know, because I’m Hispanic, and it’s such an iconic role.”

The affable actress was visibly giddy, if slightly apprehensive, for the series to launch today. She stars as Dorothy Gale in NBC’s show, an edgier version than the seminal 1939 film based on L. Frank Baum’s “The Wonderful Wizard of Oz” that starred Judy Garland as Dorothy. That film portrayed one of the many stories about the fantastical world Baum created, which “Emerald City” builds on. Think “Game of Thrones” for network TV — and the latest in the string of primetime fantasy programs that include “Once Upon a Time” and NBC’s own “Grimm.”

“People keep saying ‘dark,’ and I love to say it’s beautiful, and it might seem a little dark because it’s so realistic,” Arjona explains of the approach that “Emerald City” takes to Baum’s work. “These characters are really showing their ugly sides, and their beautiful sides at the same time. It’s a lot more grounding I think than the original one.”

While Arjona tapped into the original literature while preparing for filming, she deliberately chose not to revisit the original film, now a hallmark of pop culture. “That’s such a wonderful performance, and I’m such a big fan of Judy Garland. I just felt like I’m going to imitate her, and that’s not going to be a good thing.” As for how their Dorothy portrayals differ, Arjona notes Garland’s superior singing skills before explaining her version’s positioning. The Dorothy in “Emerald City” is slightly older, bringing in a new set of life experiences. It’s not subservient Dorothy from the farm — although she does still hail from Kansas, transported to Oz via tornado.

“She’s a nurse, so she’s a fixer and a healer, and she goes into this world, I think, a lot stronger and ballsy than the Judy Garland version,” Arjona continues. “Dorothy in the beginning is very vulnerable and insecure and shy, how any young 20-year-old is. I’m in my 20s, and I have thousands of insecurities, but you have to learn as you get older to conquer them. I think I grew with Dorothy.”

Another difference between the two versions: her trusty canine sidekick, Toto, in the show is a German Shepherd (much too large to fit inside a picnic basket), and there are no iconic ruby red slippers. In “Emerald City” they are replaced by a pair of silicone ruby gauntlets, which Dorothy adopts as a sort of weapon. The accessory was reimagined by director Tarsem Singh, who insisted on filming the entire 10-episode season as a movie. The cast filmed on location throughout Europe — Croatia, Spain, Budapest — an experience that created a familial vibe among the cast.

While Singh’s lush visuals of the Land of Oz is in contrast to the candy world of Munchkins, the rest of Dorothy’s squad does appear, albeit in slightly alternative forms. “We’re all very ethnic oriented — the Wicked Witch of the West is Romanian, the Scarecrow is British, the Tin Man is British, the Lion…” Arjona paused, backtracking on her explanation. “I can’t tell you. You kind of don’t know who’s who — you have to play guessing games.”

Baum’s mother-in-law was the suffragette Matilda Gage, and his work encompassed many of the feminist ideals of the early 20th century. It seems fitting that “Emerald City” is premiering only weeks before the next presidential inauguration, having been filmed during the tumultuous election season. “It’s been one of my biggest dreams to play a really strong, feminist, empowering role,” says Arjona, who was born and raised in Puerto Rico, the daughter of a touring singer-songwriter. “Especially for the Hispanic community, I really want them to put their little heads up and see that the opportunities are there, and the excuses are slowly erasing. That it’s fine to stand up, and it’s OK to be a powerful woman.”

While Arjona will soon head over to Australia to film her next project, “Pacific Rim 2,” she’s hoping for a return to Oz. “I’m praying for season two, I really want it,” she says. “I’m really looking forward to going back.”