Adrienne Warren, who plays Tina Turner in "Tina: The Tina Turner Musical" on Broadway, on the role of her lifetime.

“I’m not even going to lie: It takes every bit of energy I have,” says Adrienne Warren.

It’s two days before “Tina: The Tina Turner Musical” is set to open on Broadway, transferring over after an award-winning West End run in London last year, and Warren has just wrapped rehearsals for her “Good Morning America” performance. Unlike comparable musicals like “The Cher Show,” which featured several different performers in the titular role, it’s just Warren playing the music icon from ages 17 to 40 over the course of the show. And it’s every bit as demanding, Warren says, as it looks from the audience.

“They made a decision to tell this story in that way because we wanted the audience to actually feel how grueling Tina’s life was,” Warren explains. “We didn’t want to shy away from the fact that I have to be on stage for two and a half hours, because you have to feel the impact of what this woman, the life was and what a train ride this career was.”

The West End production began previews in March 2018, and Warren got the part in 2017, so she’s well settled in with “Tina” by now. Still, the Broadway opening feels very different, she says. 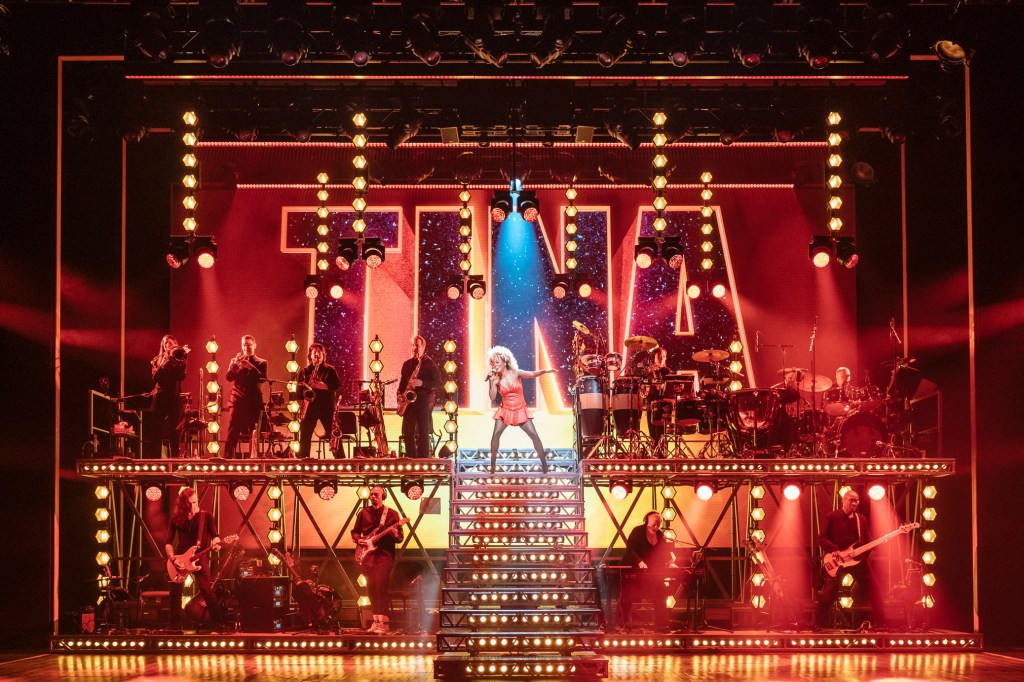 When she auditioned for the role of Tina Turner, she had just finished “Shuffle Along,” for which she was nominated for a Tony, and had shot two TV pilots that each were not picked up.

“On the day that I found out my last pilot didn’t get picked up, within the hour, I got a phone call saying, ‘Will you move to London and be Tina Turner?’” she says. “Here in my mind, I was thinking I was moving to L.A. to shoot this TV show. And then my manager called and said, ‘Just kidding. You’re not moving to L.A., you’re moving to another place that starts with L, you’re moving to London.’”

Warren, who is 32, grew up in Chesapeake, Va., and was introduced to Turner’s music at a very young age. Her parents were big fans and Turner’s Eighties hits were on constant play in the household.

“I used to put on my mom’s old nylon stockings, and her old pumps and walk around and pretend like I was Tina Turner,” Warren says.

Turner’s music was Warren’s foray into rock ‘n’ roll, which has been her favorite genre of music throughout her life. But she was surprised to get the call for “Tina,” given she was best known for “singing like a bird and doing Savion Glover’s choreography and being a Twenties flapper,” in “Shuffle Along.”

“How could anyone possibly believe that I could go and then do something like this?” she says. “Something as ferocious as this role?”

The real-life Turner, 79 and living in Switzerland, is a producer on the show and provided answers to many of Warren’s questions on details from her life. The first time they met, during a workshop in London, Warren was so nervous she didn’t want to meet her until after the performance.

“I remember not being able to look at her the entire time because I just thought, ‘Oh my gosh, what if she doesn’t like it?’ And then I looked at her doing ‘Proud Mary’ because I thought, ‘If I don’t move forward with this piece, because sometimes it doesn’t work out that way, I at least want to be able to tell one day when I have kids or grandkids that this happened.’ And so I opened my eyes and she was singing with me, and she was dancing with me. And I realized at that moment, this is a woman who is full of light and love and loving energy. And she was so open to what was happening in the room,” Warren says. 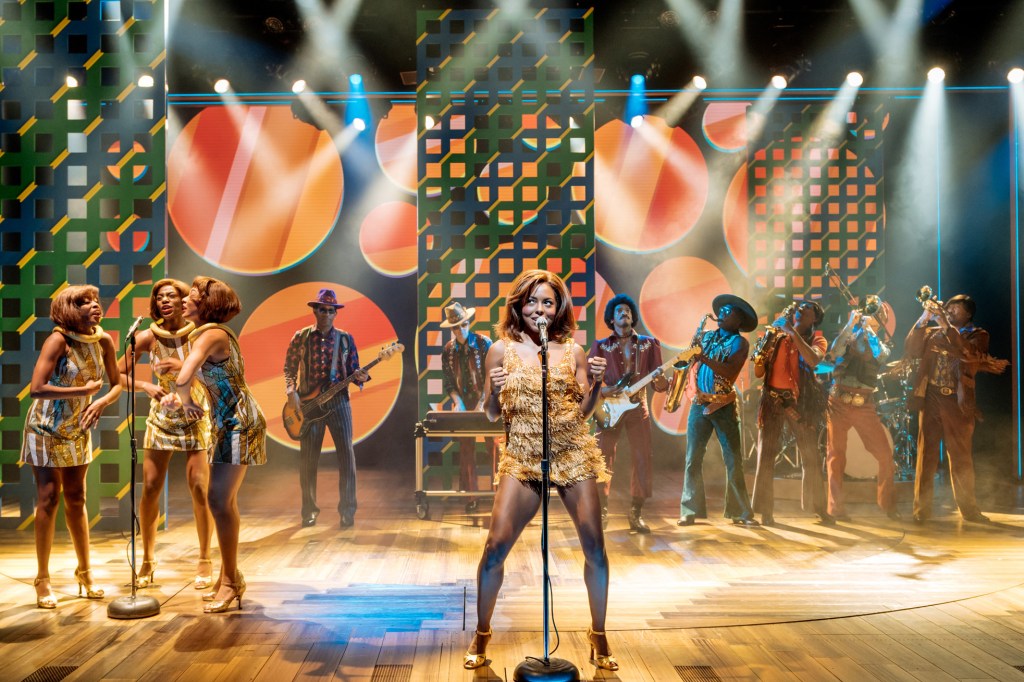 Warren originally wanted to be a basketball player (“but then I stopped growing”) before moving to New York to study acting and musical theater at Marymount Manhattan College. She was in two rock bands while in college, and toured with one, the Trans-Siberian Orchestra. She describes the “Tina” musical as a melding of her two biggest loves, theater and rock.

“Specifically in musical theater, you’re not always given the opportunities where two of your worlds collide,” she says. “And so for me to get an opportunity to perform this music that I’m so in love with and I never get sick of, and I actually get to really act and get some nitty-gritty work as well? It’s an artist’s dream.”

Hearing her speak of the part, it’s not hard to believe she really does see this as her dream role, as a kind of childhood fairy tale realized — from the dress up in her mother’s stockings all the way to the Broadway stage.

“For me, it’s about looking down and realizing that I’m in the fishnets, I’m in the pumps, I’m in the leather jacket, it’s on,” she says. “And now I’m about to do the dance that Tina Turner taught me how to do.” 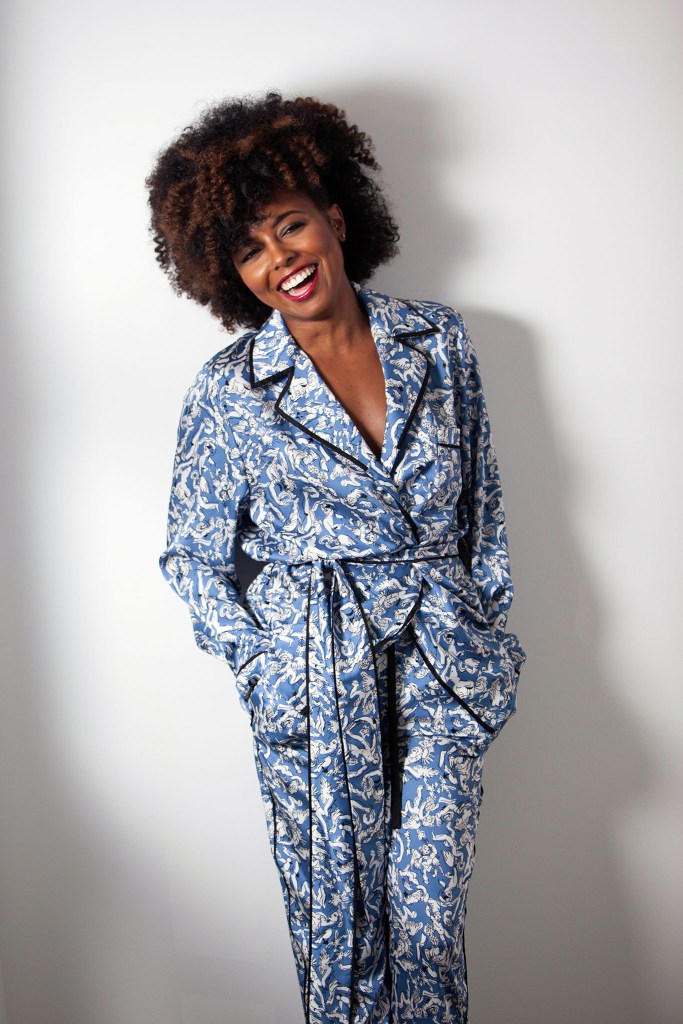