Boy’s Night Out: After Dark With Spider-Man

When was the last time a gorgeous actor invited you to his apartment at midnight? 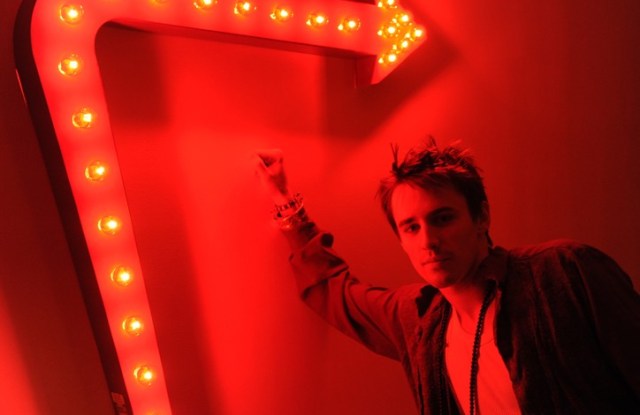 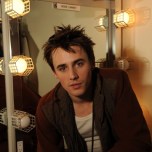 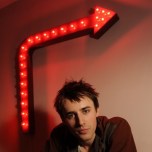 When was the last time a gorgeous actor invited you to his apartment at midnight? It doesn’t happen. To me at least. Especially not, one would think, when he’s currently starring in the Broadway mess “Spider-Man: Turn Off The Dark,” where the ever-extending preview schedule is a press punch line and the cast has taken a backseat to the carnage of stunts gone wrong. Then again, that schtick has done nothing if not sell tickets, so maybe it shouldn’t surprise that after a ten-hour day of rehearsal, Reeve Carney, who plays Peter Parker, is all mine.

Onstage, Carney sells Parker as a gangly geek with a big stage presence. You can tell right away there’s a babe beneath the suspenders, the high-waisted pants and faux-squeaky voice that breaks into rock-riffed ballads. He’s out of MJ’s league.

At 11 o’clock on Tuesday, after hours on end of learning the new aerial-driven finale, Carney is not exhausted, defeated or exuding a hint of a let’s-get-this-over-with. Leaving his dressing room — nondescript except for a Spider-Man toilet seat cover — for a drink at Bar Centrale is his idea, until he comes up with something more atmospheric: his place. “If you wanted to we could,” he says. “It would be better than this.”

Who could refuse? A Broadway superhero about to reveal his secret identity, to a reporter, no less.

It almost feels like taking advantage. Not even close to the other way around. Maybe he’s savvy enough to realize this is WWD, and his mother happens to design a sterling silver jewelry collection called Fables in the Air (which he wears and promotes proudly), but not immediately aware that his home will provide ample editorial color. Until, on the way there, Carney’s public relations instincts kick in with the condition that no specifics that could detail the location, not even the view, be described in the story. (Carney has experience with obsessive fans. Just read his Twitter feed.)

Months into the Spider-Man fray, he seems unfazed by the whole production, that he’s surrounded by major star power, and is marked for stardom. He was discovered through his band, Carney, with which he has a deal at Interscope. As a musician, he has Bono in his corner. As an actor, Julie Taymor. His first taste of Broadway is in its biggest, most expensive show ever with him in the role of beloved cult superhero. Asked about all the postponements, including the latest that pushed the show’s opening until March 15, Carney’s reaction is matter of fact. “We were as surprised as anyone,” he says on behalf of the cast.

At 27, Carney has the delicate face of a teenage heartthrob. He’s pretty. Off duty, he’s in brick-colored pleated pants with suspenders and a matching boxy shirt, a look that could be described as 1950s kitsch. Same goes for his apartment. All the lamps are outfitted with filament bulbs. Against the south wall is a retro red and white vinyl couch that sits on a pristine white sheepskin rug, about which Carney is fastidious. He goes to the bathroom to rinse the soles of his shoes before going near it.

In another corner is a vintage jukebox from Craigslist, a pair of midcentury chairs from Housing Works and two tray tables from The Door Store, the tops of which are printed with what looks like Lichtensteins. Someone has written “Can’t take my eyes off of you” in red pen on a Post-it stuck to the one with the image of a wide-eyed blonde. “Oh, that’s from a special friend,” says Carney, but the explanation makes him squirm.

All around are novelty props, a vintage rotary phone on the kitchen counter, a plastic toy camera, a sock monkey wine sleeve, books like “Farts” and “The Encyclopedia of Useless Knowledge.” The only thing out of place is an issue of Maxim, which comes with a disclaimer. “I don’t usually read this,” says Carney. “But my friend’s in it.”

The decor is like a set, or, say, a scene out of a retro comic book. “I never really thought about that but I guess my apartment is kind of connected to that in some way,” he says. “It was totally unintentional.”

“I wanted to be a cartoonist when I was a kid, so I did love comics but more from the artist’s side. I probably would have been more likely to be a Steve Ditko than a Stan Lee,” he says before producing a copy of a book of Superman illustrations, a gift from his parents inscribed “To Reever the Beaver” dated 1993.

There is an aw-shucks innocence to Carney — his taste in clothes, in furniture seem ironic and yet genuine. “That’s one of the things that drew me to Spider-Man, just the idea of wanting to do things for goodness sake, I guess,” he says. “In 1962, when they wrote it, it seems to me that was sort of the tail end of that actually being a reality in America and the world.”

By now it’s midnight and Carney has to meet a friend from L.A.. On the way to the door is a coatrack stuck with a Post-it that says “I care about you” in the same “special friend” handwriting. He says goodbye. No handshake — a hug.

Mary Jane wouldn’t have been surprised.