Beharie joins Helen Mirren and Morgan Freeman in the new anthology series, which explores what it means to be human.

When Nicole Beharie was approached about the Amazon Prime project “Solos,” she had been away from her Brooklyn apartment ever since the pandemic hit, holed up in Georgia near where she has family. She didn’t even know if working was safe, or what the future of the industry was going to look like. But telling a story about resilience and human connection felt especially important, and so she called on herself to be brave.

“I think it was just a moment of me being like, ‘Let’s be courageous and let’s do something different and in the spirit of our humanity if these people are saying that they’re going to be able to keep us safe,’ and they were,” Beharie says, over Zoom from back in Georgia.

Beharie broke out on the Fox show “Sleepy Hollow,” which she exited in 2016 due to health reasons. Then came “Miss Juneteenth,” a small film that premiered at Sundance 2020 and arrived in June of that year, as many places in the nation were learning what Juneteenth even was for the very first time. She continues to become a known name in Hollywood, starring in “Solos” alongside Morgan Freeman, Helen Mirren, Anne Hathaway, Uzo Aduba, Constance Wu, Anthony Mackie and Dan Stevens, each with their own episode. 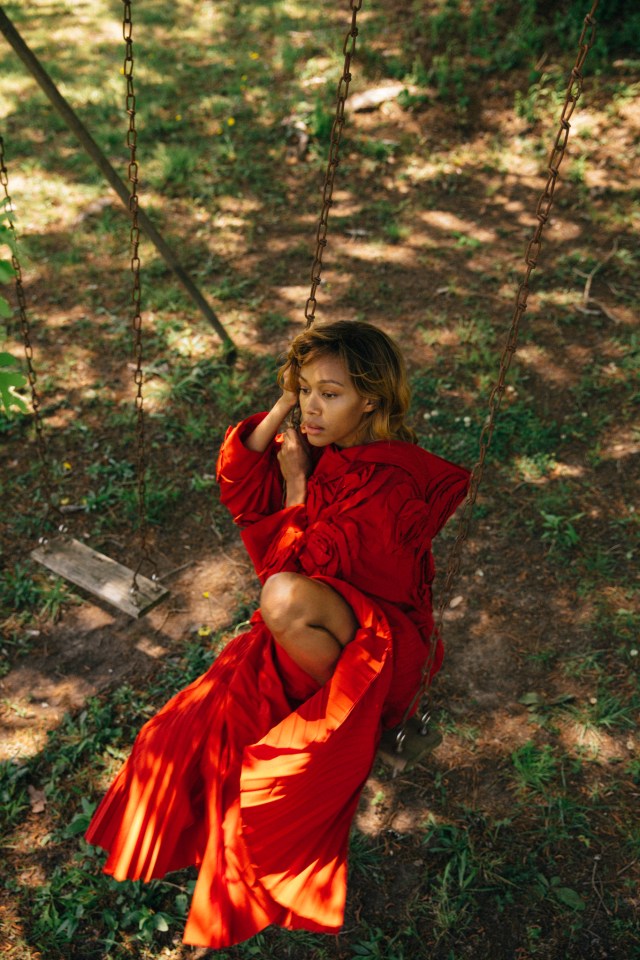 In hers she plays a pregnant woman, which happened to fit right in with Beharie’s fascination with natural births, fueled by having more time to scroll natural birth Instagram accounts during lockdown.

“Everyone on the planet, we all came through the same portal of a woman. It’s so mundane, but it’s also so miraculous and so crazy and scary,” she says. “And it’s so dramatic. It’s so interesting. So I love watching those videos, and then this came and I was like, ‘Well, I’m kind of obsessed with it.’”

She didn’t know the caliber of the rest of the cast when she signed on, and therefore was shocked to learn who the others were.

“I didn’t even know who was in this and then I’m like, ‘What? Are you kidding me?’ I’m not that person that’s like, ‘I’m trying to be in there,’ I literally just do the work,” she says. “Even with ‘Juneteenth,’ it was a labor of love. My overhead was more than the amount of money I was making to do that, but it was just ‘go down there and work with great people, a director with a vision, and that cares about our community.’ I really do it because I do love it.”

Beharie says she was a “strange child” who was always putting on plays as a kid before “sobering up” and deciding she wanted to become a journalist. Acting didn’t seem like a reasonable thing to admit to wanting to pursue.

“It just didn’t seem like an actual career, like a possibility. It felt like a very strange dream that other people get to have,” she says. “I’m first gen, my mother’s Jamaican and my dad’s African American and they’ve worked very hard. They come from hardworking families. So you don’t go around talking about how you’re going to be an actress.”

She knew that if she were going to try it she wanted to have an education behind it, and so she went to an arts high school before studying theater at Juilliard. 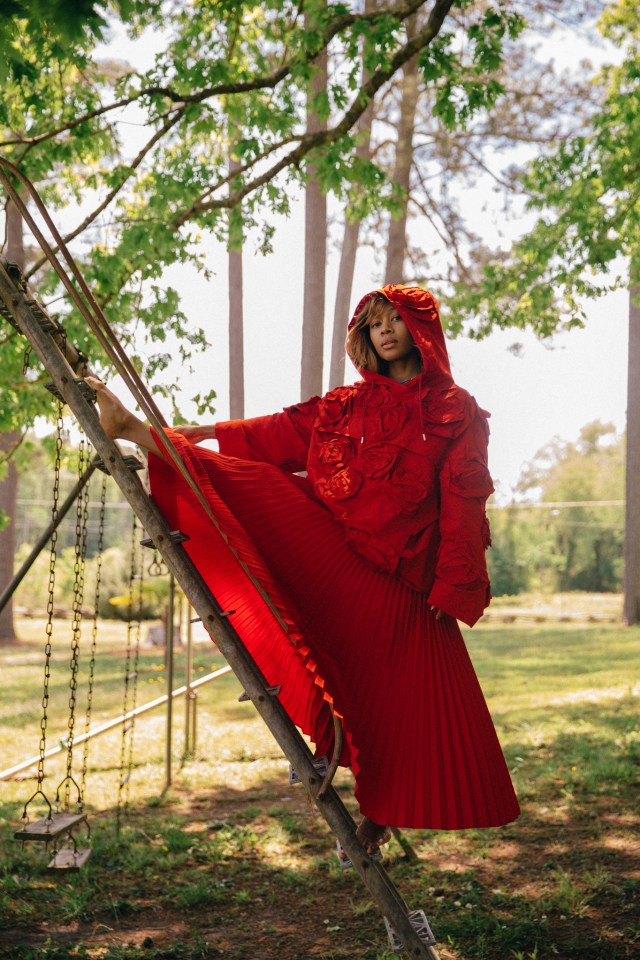 “I loved the rigor and the muscularity of the work and discipline. I think that just works with my personality. And it’s a big part of actually being an actor, our hours and everything that you have. All you see is the cute part and the dresses and stuff, you don’t see you do have to learn the lines and do all the homework and wake up early, and know how to take care of your body and all that stuff. It is a real task,” she says.

She did a production of Brecht’s “The Good Person of Szechwan” and felt herself “vibrating.”

“I was like, ‘I feel so alive.’ And that feeling happened more and more. I didn’t know you could feel like this just in life, and just be living feeling like this. I was like, ‘Oh, so I can choose to live like this.’ You know?” Beharie says. “But then you graduate and you’re like, ‘Nobody wants me. I don’t have an agent, what am I going to do?’ And now it kind of ebbs and flows. Sometimes you get the vibration, sometimes you’re like, ‘What is this? What am I doing?’”

Following “Solos” she will be seen in “Scenes from a Marriage” on HBO alongside Jessica Chastain and Oscar Isaac, and is spending her time now working with a writing team in Georgia.

“We’re creating and trying to figure out how to…add to the conversation and add something distinctly different. Because I found that investors are safe. They’re going to want to invest in similar stories that they’ve already seen in a way,” Beharie says. Her task, she sees, is to create work that will pull investors out of their comfort zone to back, in both the film and television spaces.

“Toni Morrison has this quote where she’s like, ‘There was a book I wanted to read and it wasn’t out there,’ and so she wrote it,” Beharie says. Here is where her book begins.