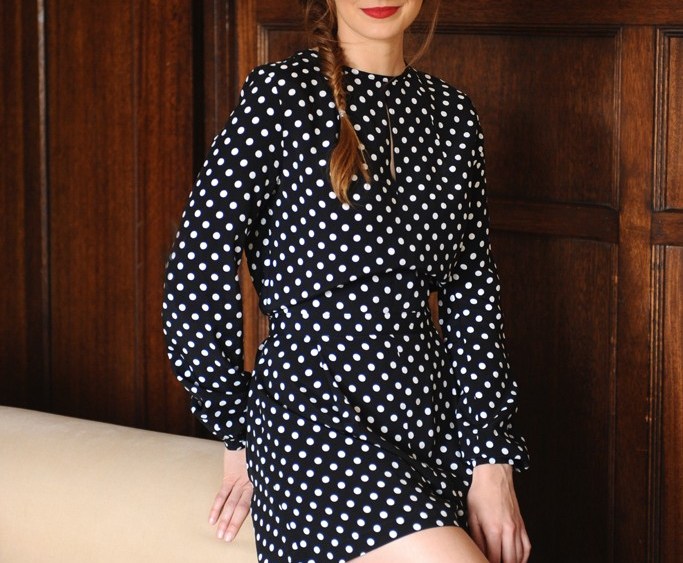 For Ahna O’Reilly, going to the Cannes Film Festival in May was more than a career highlight — it was a homecoming. It turns out the actress spent much of her childhood crisscrossing France in a Volkswagen van with her parents and her two younger sisters, following the work of her father, a freelance travel publisher.

“We settled in this tiny little mountain town and went to the public school there,” O’Reilly recalls as she sips a green tea on the terrace of Hugo’s restaurant in West Hollywood, Calif., on a slightly overcast late June morning.

“When you’re six years old, you do not appreciate that you’re living in the Alps. My sisters and I, all we wanted was to go to Disneyland. We were very upset about not being with our friends. And now, it’s like: Our parents gave us the greatest gift, which is to travel and experience other countries,” she says.

Best known for her role as Elizabeth Leefolt in “The Help,” O’Reilly should gain wider exposure next month in “Jobs,” starring as Chris-Ann Brennan, the first girlfriend of Apple founder Steve Jobs, played by Ashton Kutcher.

She may not have had culture shock in Cannes, but the actress nonetheless qualifies the experience as “surreal.”

The 28-year-old appeared in two movies — “Fruitvale Station,” with her close friend Octavia Spencer, and “As I Lay Dying,” directed by her ex-boyfriend James Franco — and was feted as the guest of honor at a party cohosted by the charity Art of Elysium.

“It just felt like a real celebration and coming-out party for these two films,” she says, noting both films got 10-minute standing ovations.

“Fruitvale Station,” which went on limited U.S. release Friday, was screened in the Un Certain Regard section at Cannes, winning director Ryan Coogler the award for best first film. It had previously scooped up the grand jury prize and audience award for U.S. dramatic feature at the Sundance Film Festival.

The independent drama, which boasts a stellar ensemble cast, is based on the true story of Oscar Grant, a young man who was killed by a police officer at the Fruitvale Bay Area Rapid Transit station in Oakland, Calif., as he was returning home in the early hours of New Year’s Day in 2009.

O’Reilly plays a small but crucial part in the film, as her character involuntarily sets off a fatal chain of events. Pondering the role of serendipity in her own life brings her back to Spencer, who plays Grant’s mother in the film.

“Really, what changed my life was meeting Octavia, because if it hadn’t been for Octavia, I would not have had the opportunity to audition for ‘The Help,’ and if I hadn’t done ‘The Help,’ I don’t know where I would be,” she says.

“She and I met years ago doing the tiniest little independent film. We didn’t have any scenes together. Who knew that that would turn into one of the most important friendships of my life?”

O’Reilly has also remained close with Franco since their breakup in 2011, following a five-year relationship. She says their history was actually a plus on the set of “As I Lay Dying,” an ambitious adaptation of the William Faulkner novel, in which she plays the tragic character of Dewey Dell.

“When you know someone for so long and you have a great respect for one another, there’s just a level of trust,” she explains. “He’s so collaborative by nature, and it gave me confidence in what I was doing, knowing that he was the one overseeing everything.”

While the movie allowed O’Reilly to display her acting chops, the petite, porcelain-skinned actress also scored points for her red-carpet choices in Cannes. O’Reilly worked with her stylist and friend Caley Lawson on her outfits, which included a red lace Monique Lhuillier gown with matching pants.

She also squeezed in a side trip to neighboring Monaco to take in the Dior resort show. “I have always loved fashion and clothes. I mean, I was Grace Kelly for Halloween in fifth grade, which is why going to Monaco was so incredible — I’ve always kind of been obsessed with her,” she says.

O’Reilly recalls catching the acting bug at a young age, during summer holidays with her grandmother in Washington State. When she was eight, she and her sisters auditioned for a regional theater production of “The Sound of Music.”

“The three of us ended up being the three youngest Von Trapp children, and we did that for four summers in a row. And I mean, that was it for me,” she recalls.

Now, there is practically nothing she’s not willing to tackle — from musical theater to independent features or big-budget productions.

“I do want to make powerful works of art with people, but I also just want to have fun. I’ve never done a romantic comedy — I’m sure it would be a blast,” she says.

“There is something really, really powerful about being in a movie like ‘The Help,’ knowing that so many people saw it and heard that message, hopefully.”

O’Reilly has an extra ace in her deck: She is bilingual, and hopes to follow in the footsteps of Kristin Scott Thomas by eventually working with French directors. “That, for me, would be the ultimate,” she sighs, reeling off Gallic film references ranging from François Truffaut to Jacques Audiard.

It all comes back to those formative years overseas.

“In a way, it set me up perfectly for the life of an actor, which is kind of a nomadic life,” she explains. “I love shooting on location and going somewhere new.”