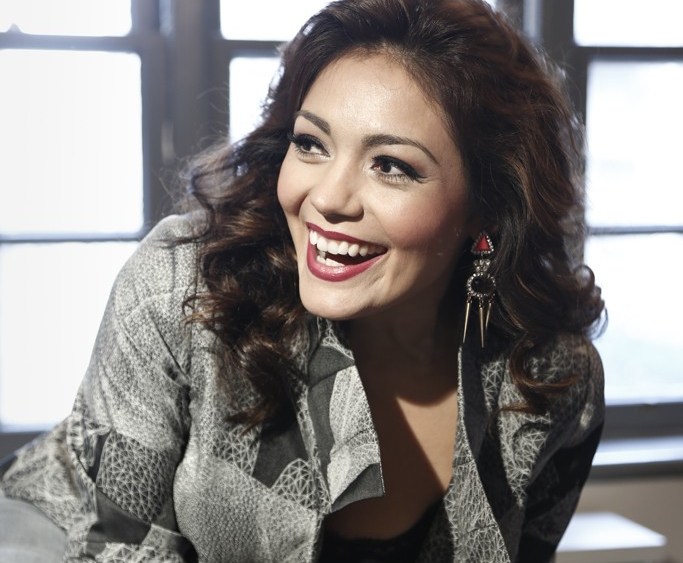 Ailyn Pérez is the daughter of Mexican immigrants Miguel and Luz Pérez, who each grew up in a different small town outside Guadalajara and met in Chicago. By dint of nonstop work, they were able to provide well for their three children — well enough that Pérez, 35, who says she “always lived in good neighborhoods and went to good schools,” wasn’t eligible for financial aid when she attended Indiana University, intending to become a music teacher. She also went to Philadelphia’s Academy of Vocal Arts. She did, though, win the Richard Tucker Award in 2012, which comes with an honorarium of $30,000, becoming the first Hispanic to do so, and the 15th annual Plácido Domingo award. The former prize is intended for a rising American performer who is believed to be on track for a major international career.

Now Pérez is scheduled to make her Metropolitan Opera debut in New York on Friday in Richard Eyre’s production of Georges Bizet’s “Carmen.” When she won the Tucker award, the soprano wore a bright red Oscar de la Renta dress. “It had an ageless glamour to it,” she said. “I think everyone just looked up to him,” she added of the designer.

Pérez says of the evening she received her prize, one of the most prestigious in opera, named for the great operatic tenor Tucker, “I nearly forgot my name, I was such a fan-girl. To see Renée Fleming, Dmitri Hvorostovsky. It was, like, a lot.” She is married to tenor Stephen Costello, who received the Tucker award in 2009.

Asked whether her parents understand the nature of her success, “They pray for their idea of success. They think of it in terms that I’m happy, healthy, that I don’t change the core of who I am.”

Pérez calls her part of Micaëla, a village maiden in “Carmen,” “the lyric soprano’s debut dream role,” adding that the character has “the most beautiful opening duet” [“Parlez-Moi de Ma Mère”]. Unlike the title character, Micaëla is a good girl. In the opera, the gypsy Carmen, who works in a cigar factory, lures Don José to leave his childhood sweetheart and the army — he is a corporal in the dragoons — then dumps him for another man, the bullfighter Escamillo. Don José, having lost everything, responds by murdering Carmen. Pérez also describes her role as both “quite a cute peasant girl” and “a brave young woman.”

These days, “Carmen” is one of the world’s most popular operas, but its original staging in Paris in March 1875 was neither a critical nor financial success, and its composer died during its run. The raffish tale of Spain’s lower orders seemed to leave French audiences cold despite Bizet’s brilliant music, which contains what are now some of the best-known tunes in the history of opera — particularly the “Habanera” from Act I and the “Toreador Song” from Act II. The opera is based on a novella by Prosper Mérimée, with a libretto by Henri Meilhac and Ludovic Halévy.

Pérez, a slender beauty who on this day is wearing distressed Guess jeans, and a Dolce & Gabbana camisole under a flamboyant Rubin Singer jacket — he’s a favorite designer — with high Ted Baker shoes at an interview in the offices of her representatives, 21C Media Group, declined to talk about her marriage. This may be because journalists seem never to tire of describing her and her husband as an opera power couple — and speculating about who has the upper hand. They have recorded an album called “Love Duets.”

She did observe that the life of a rising opera singer is a lonely one, and that, in the culture she was raised in, marriage and children are expected to come early in a woman’s life. In addition, an international singer’s career is by its nature a peripatetic one. She has noted in earlier interviews that she and her husband expected to be able to perform together professionally more than they have been able to do thus far. Her parents, she now adds, who made fruitful lives from very humble beginnings with their “very strong work ethic,” are, as she put it, “my own idea of success.”