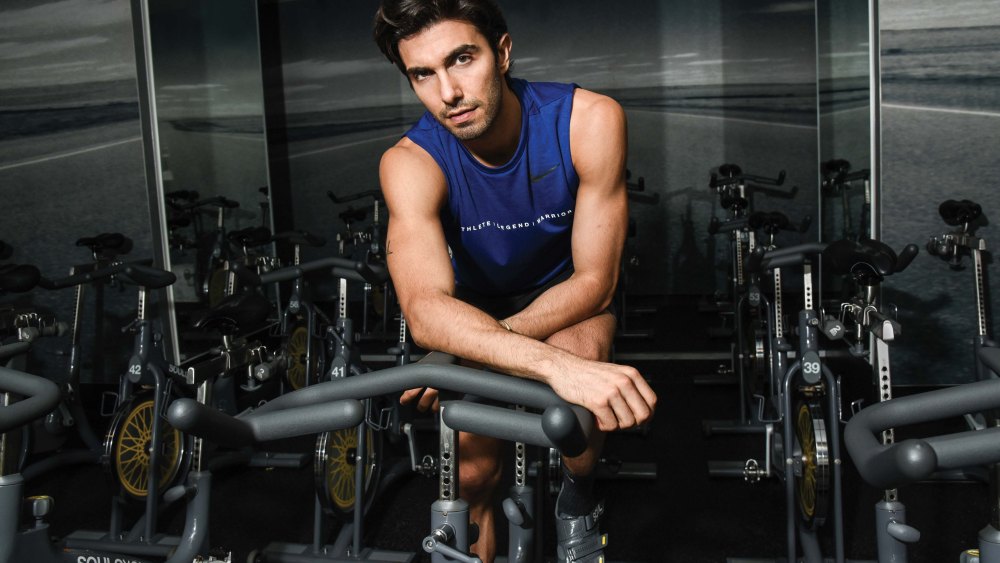 “Is this your first time with Akin?”

It’s just past 9 a.m. on a recent fall morning, and the Union Square SoulCycle studio in New York is barely beginning to fill — except for one early bird who, apparently, knows an Akin newbie when she sees one.

Akin Akman has culled a reputation for being one of the most challenging, inspiring and addictive SoulCycle instructors — which has led industry insiders to his classes. Training fashion’s bodies isn’t too foreign for Akman; after being scouted as a double for Rafael Nadal, he’s since been cast in campaigns alongside Gigi Hadid and Nina Agdal, for brands including Tommy Hilfiger, Todd Snyder and DKNY fragrances. In short, he is fashion’s secret weapon to a killer physique, and is the embodiment of the fashion-fitness crossover.

“Honestly, it was so hard I didn’t go back for a while,” Agdal says of her first class with Akman, two years ago. “He’s amazing at what he does. He changes lives. Not just in the studios but to me, it’s like my therapy.”

“The people that come to me, they can do every move now,” Akman says, from a Juice Generation near the studio after class. “Nina, she can do everything; Karlie is in such good shape; Gigi is superfit — did you watch that where she elbowed that guy? She promised me she was going to come to class and she hasn’t yet.”

“He has that rare thing called ‘star quality’, that’s why he is loved by both the fashion and fitness community,” Enninful explains. “When Akin speaks, we all listen.”

Akman grew up in Florida, the son of Turkish parents, and trained at tennis academy Voltaire (alongside now-client Sharapova). An injury prevented him from playing professionally, but his interest in fitness led him to coaching.

Trey Laird of Laird + Partners, who is responsible for many of Akman’s modeling gigs, was an early Akin follower. “Very quickly when I started taking the classes, it was like this network of people,” Laird says. “All of a sudden one week there’d be a photographer that I work with in Akin’s class, and then Edward Enninful would come, and I went with Karlie several times — so all of a sudden there was like this little circle of people that had heard about him.”

Atwood shares that sentiment: “Everyone was talking about ‘Akin, Akin, Akin,’” he says. “And I was like, ‘Who is this Akin?’”

Laird was working on the Tommy Hilfiger campaign featuring Nadal when the request came for “a 6-foot-2 model with dark hair, that can play world-class tennis on a level with Rafael Nadal,” Laird says. “And I was like, ‘I know that guy!’”

The campaign’s photographer, Mikael Jansson, was so taken with Akman he placed him in Tommy’s next underwear campaign, and things have followed in rhythm.

“He’s created his own unique connection between fashion and fitness,” Laird says. “Somebody like Karlie can go to his class and relate to him — he’s kind of this secret weapon. There’s an authenticity there.”

It’s an authenticity Laird recognizes in many of the modeling stars he’s groomed over the years. “Gigi has that charisma, that special something that’s intangible, and it’s all coming together for her,” he says. “And Akin, in his field, has that.”