The Le Bernarndin wine director has distilled wine down to the essentials in his book "Wine Simple."

Sommelier Aldo Sohm conducting a wine tasting in the dining room of Privé by Le Bernardin in New York City.

Le Bernardin’s longtime wine director thinks that wine can be elitist; it can seem snobby. Aldo Sohm readily admits to this paradox seated at a table inside his eponymous wine bar after lunch service at the three Michelin-starred restaurant, located just a few feet away. (Forty of his footsteps, to be exact.) He’s still dressed for service in a black suit, tastevin slung around his neck.

Sohm’s first wine book, “Wine Simple,” is a direct response to these assumptions. Rather than write something for his peers, he wanted to create a guide for readers who may know nothing about wine except that they like to drink white or red — if that.

“Wine can be awfully intimidating,” Sohm says. “It’s like me going to a computer store and all of a sudden on the second sentence the person changes the language on me. I don’t like that, because that’s when topics become intimidating.” Jancis Robinson’s “Oxford Wine Companion” might be the gold standard for Sohm, but it’s not for everyone. “For a normal person who wants to read about wine, that book is just like a punch in the face,” he says of the almost 1,000-page tome. “[Wine Simple] is really targeted at how to demystify, how to make this topic easily understandable.”

Chef Eric Ripert planted the initial seed for the book, and once publisher Clarkson Potter jumped on the project, Ripert connected Sohm with writer Christine Muhlke to help it take shape.

The book, which is already being translated into German and Russian, is extremely visual, with much of the information formatted in charts, graphs and illustrations. The book itself is wine-tone, the pages composed in shades of grape purple and golden orange, sunny yellow and deep burgundy. The book was designed so that no matter what page someone opens to — whether it’s on how to taste and smell wine, proper techniques for pouring, or how to understand wine labels — there is an easy entry point into the information.

He also discovered through his “wine facts Wednesday” series on Instagram that people appreciate him tackling topics that they are otherwise too scared to ask: how to open a bottle of wine, how to store liquor, how to open Champagne, what to do when something goes wrong (e.g., the cork breaks.)

“There’s no thing as a stupid question, it’s just stupid not to ask,” he says, recognizing that he wasn’t born knowing all of the answers, just as Ripert wasn’t born with a gift for fish. (Debatable, but point taken.)

“He grew up for the majority of his years in Andorra, there’s no sea. He had to acquire that also with a lot of experience and see all the do’s and the dont’s,” says Sohm. “This is the beautiful thing with experience; you don’t have to do every mistake.”

While many young sommeliers race to climb the rankings to master sommelier (a certification which Sohm hasn’t chased, despite being named Best Sommelier in the World in 2008, among other accolades), Sohm has prioritized the long game of continuously accumulating knowledge through experience, research, and listening to customers. His acquisition of wine knowledge stretches back many years to his entry into the industry, at the age of 19 in his native Austria; he moved to New York in 2004 to work in a small Austrian restaurant in the West Village (it was Wallsé) before being plucked for his current post by Ripert.

“This is one thing in wine: if you stand still, you’re off,” he says. “Working at Le Bernardin I cannot stay still, because you’re only as good as your last show.”

Although “Wine Simple” was not written for his sommelier friends, he gave the book to a few of them — including master sommelier Pascaline Lepeltier and his “direct competitor” in the accessible wine book category, Madeline Puckette — and they had nice things to say about it (some of those things are quoted on the book’s inside cover.)

“They all say how approachable, how easy it is. And it’s also unexpected, because everybody thought I’d write a sommeliers book, but I didn’t want to do that,” says Sohm. “That’s already out there, and how many people are intimidated by wine? We have to fix that. And Americans are hungry about wine. Tell them it doesn’t have to be super expensive, it can be inexpensive and can be really great fun, too.”

For Sohm’s part, he does seem to be having fun through his various ventures.

“Of course as a sommelier you think you know a little bit about wine, but by making it actually you realize you don’t know a whole lot,” says Sohm, who partnered with a winemaker to create Sohm & Kracher wines in the late Aughts. Because what better way to learn about winemaking than experiencing it firsthand?

“Lesson of humility. But it’s good, to me this is always the key part in life: I cannot afford ego, ego’s a very expensive thing to have,” he says. “I try to make fun of myself, because life becomes boring if you don’t do that.” 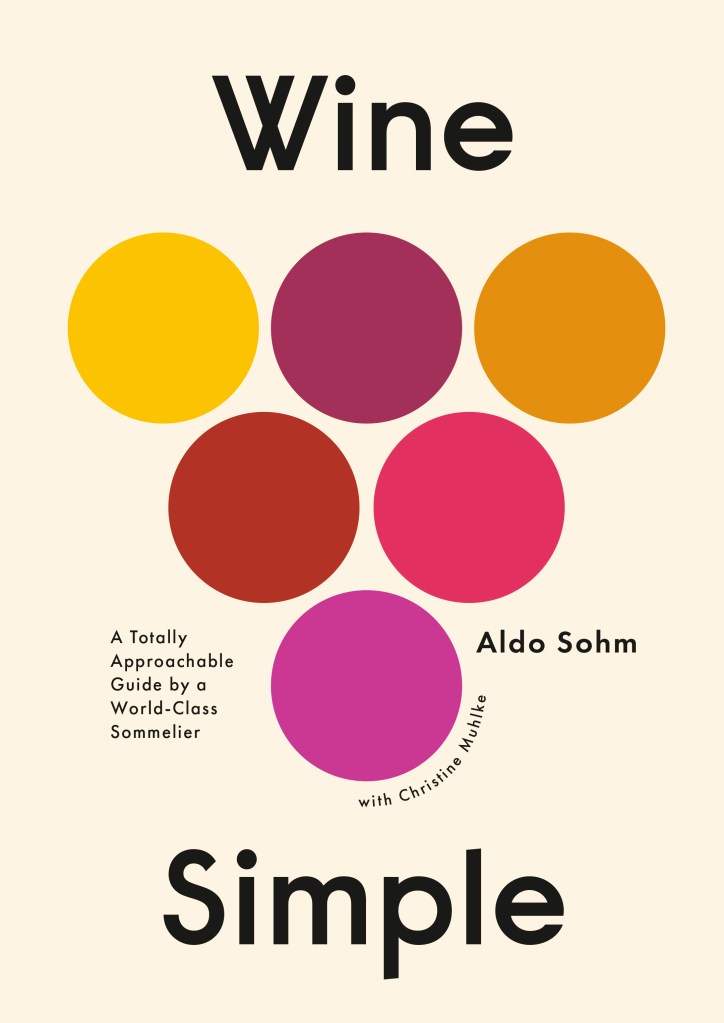