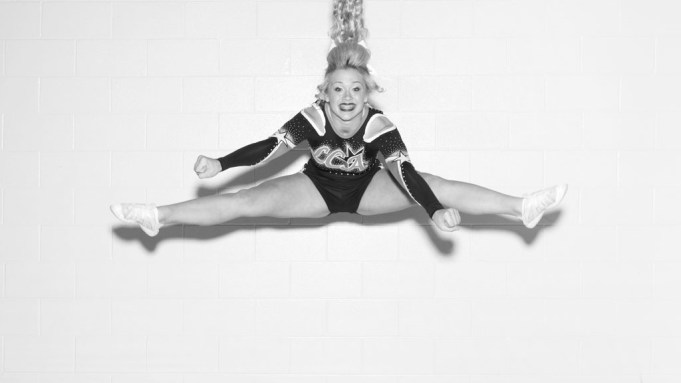 From 2012 to 2014, Minneapolis-based photographer Alec Soth and his writer friend Brad Zellar set off in search of community life in America. Under the auspices of their self-published newspaper, “The LBM Dispatch,” the duo rambled through assorted corners of America, producing seven local dispatches containing their memorable impressions and experiences in both image and word. Under the title “Songbook,” Soth’s black-and-white photographs have also taken to the road, and although stripped of any text and news-gathering references, they are still packed with striking visual narrative. “Songbook” has had gallery shows this year in San Francisco, New York, Minneapolis and, most recently,  Berlin, with Denver and London scheduled for this summer and fall.

Accompanying Soth and the exhibit is a 144-page hardcover book of the same name, published in January by Mack and now in its second edition, the first having rapidly sold out. WWD caught up with the Magnum photographer between his book signing at C/O Berlin and the packed opening of “Songbook” at the Loock Galerie in Berlin.

WWD: Can you still write after last night? And is that why you’re in Berlin, primarily to sign books?

Alec Soth: Well, I’m here because the show is here. It’s my zillionth [in reality fifth] show with Friedrich [Loock], who I’ve been with longer than anyone. He saw this little show I had at Columbia College in Ohio years ago. But regarding the book — I’m making a much bigger effort with it, and going directly to Paris Photo in L.A. after this. In this digital saturated world, books need an extra push, and unlike my own “Little Brown Mushroom” [volumes], I wanted this to have wider distribution. Brad and I are actually working on a second book, which will be a compilation of all the text, pictures and essays, and I want literary distribution for that. But it’s complicated. Too many people don’t read these days.

WWD: So how is it that your camera is a time machine? So many of your images look as if they were taken in the Fifties or Sixties, until you peer closer at the clothes and hairdos. Or the fact that it’s two boys slow-dancing together at their high school prom.

A.S.: It is intentional, but one thing occurred to me photographing the world this way. Back in the Fifties, the world was not black-and-white. People beat children, husbands killed wives, but still this time seems so romantic, and there’s a longing for the past. There’s this feeling that all these great times or the best times are passed, and simultaneously, there’s an anxiety about the future. Everyone’s on cell phones all the time, but will we ever connect?

This work made me more optimistic about the world. The young cowboy in this picture [pointing to his photograph “Dave and Trish,” of a young man kneeling on a bed in Denver, his face obscured by the hat of his wife] is really a young cowboy. There’s this cliché about America that it’s all strip malls and Wal-Mart, but people all over the country come together to dance. And you don’t have to go far off the road to find real people and real regional differences. Could New York and L.A. or upstate New York or San Joaquin Valley, Calif., be more different?

WWD: Like Steinbeck’s “Travels With Charley,” were you off to find an America lost or about to become lost?

A.S.: Man, I read “Travels With Charley” when I was 20, and it had a huge impact on me, much more than Jack Kerouac, though I have not reread it in a long time. But when we went out, there was no specific idea. Actually, this was supposed to be work at home, in exurban Minneapolis, but then I had the opportunity to go to Ohio, and it all just took off randomly.

WWD: What was the most surprising thing or image you found?

A.S.: In general terms, it’s the diversity, eccentricity and vividness that exists in America. And a welcoming quality that I experienced over and over again. I’d become fairly cynical about photography in my last show, but through the three-year process of making this work, I felt better.

A.S.: I haven’t even told my studio manager that yet. I feel a great need to preserve the spark, and if I talk about it [what’s next], it’ll kill it. But ideally, whatever it is will be close to home, though I’ve said that before. But my tendency is to want to stay in the U.S. because I know the culture.

WWD: So you feel no driving need to capture Berlin’s sometimes murky depths?

A.S.: I’ve talked about this with these guys here [at Loock Galerie]. Wim Wenders was my hero in college, and the “Wings of Desire” era in Berlin is super romantic. I walked over here today and Berlin is such a livable place, and I see why people want to be here. But in terms of photographing here, no. Photographing in a different culture, one where I can’t speak the language, I just don’t know how to read the culture. But it looks like I’ll be commissioned to do some work in Switzerland, and I’m terrified.

WWD: You photographed a Chanel Couture show in 2007. How did that happen, and was it scary, too?

A.S.: I’m with Magnum Photos, and they did this thing called Fashion Magazine back then where a photographer shot a whole magazine. And I was up to the challenge. So I came to Paris, and the plane was late, my luggage was missing and when I got to the Dior show backstage, I was thrown out in about 10 minutes. I was unaccustomed to how photographers backstage work.

However, the Chanel show was pretty great. The whole experience in Paris was “Wow, I’m not from here.” And then in Minnesota, I did a series for W with Camilla Nickerson, which was fantastic. It was hysterical to be in northern Minnesota with her, and I learned a big lesson. Fashion is everywhere. It’s just how you present yourself, and I became more confident about myself in the process. Later I did a project for Rodarte, a book with them about fashion and all their influences. It was actually great. But once I started doing the fashion stuff, lots of companies came to me, but I didn’t want to get caught in the machinery. Plus there was also one fundamental problem: I don’t think I really understand how to show clothes.