The R&B artist is Wang's latest poster child and L.A.'s hottest transplant. Louis Vuitton, Dior and Saint Laurent? Been there, done that. 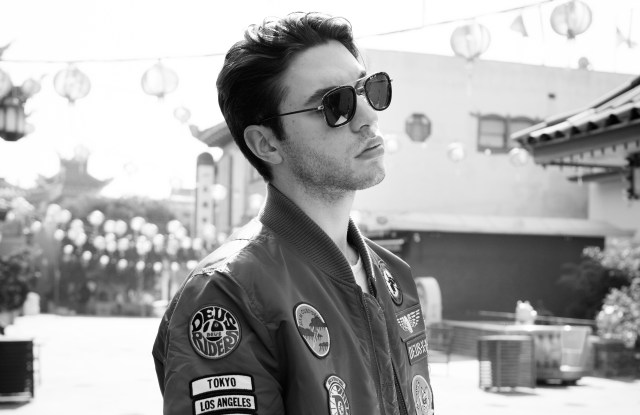 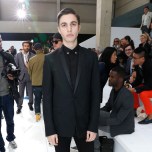 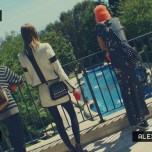 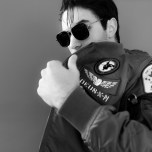 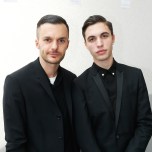 Los Angeles’ newest artistic transplant couldn’t be arriving at a better time. Canadian R&B artist Alex Fleming, who records under the name Black Atlass, has already managed to collaborate with Louis Vuitton and Saint Laurent on tracks, sat front row at a Dior show and, now, appears in Alexander Wang’s latest ad campaign, all at the tender age of 22.

Fleming, a Montreal native who’s in the process of moving from Toronto to the City of Angels, has just wrapped the West Coast leg of his North American tour to promote his debut LP “Haunted Paradise,” which was inspired by his first trip to L.A.

A blend of R&B, Nineties rock and a hint of dancehall, the project was art directed by Yimmy Yayo, who has done creative work for Beyoncé, Jay Z and Bruno Mars. While he may still be relatively underground, it’s easy to see why Fleming has attracted fellow creatives with his musical precociousness and sculpted features.

“I was always interested in learning and experimenting with art in general, and music was a big part of that from my parents and the influences they passed down to me,” said Fleming, who learned to play the piano at age seven. From there, he picked up the guitar and bass and drums but thought he’d one day become a photographer or a graphic designer. His great-grandmother was head buyer for the Montreal department store Ogilvy and his grandmother was a model, so fashion figured into his family.

“But I found that making music was a good outlet for my energy as a kid,” he said, noting that London, Ontario, was “a small community where there wasn’t a lot going on besides people playing sports.”

When he discovered hip-hop, he also became interested in producing, taking cues from artists such as Kanye West, who combined several artistic mediums into single projects, all of which count fashion as both inspiration and aesthetic.

“With fashion, I look at it as just a part of my performance as an artist. It has to represent my personality and Black Atlass as a character also.”

Of his recording name, he said, “It just subconsciously was created and has taken on meaning over time. I’m super interested in the interconnectedness of life the universe and even just on the planet earth, so that’s represented in the word atlas. There’s always been a darker side, and black has an interesting energy to it as a word, as a color and as a vibe overall, so that’s a tone I try to create within all my work.”

Fleming is just starting to dip his toes into the singing and songwriting realm. “I figured out there’s no way to achieve what I envision if I was just a producer so that’s where singing came into it. I don’t think I’m anywhere close to where I want to be vocally yet, but I think ‘Haunted Paradise’ is the starting point.” His goal in coming to L.A. is to “bring things to another level.”

He continued, “I always saw it as this dream world that inspired ‘Haunted Paradise’ to create a fictional narrative around the beauty of the place juxtaposed against darker things that happen within this setting. I’ve been really inspired to write from that perspective and the people you come across when here. I find it interesting to hear people’s stories.”

Fleming said he respects artists such as The Weeknd, “who is really pushing the boundaries of what it means to be a pop artist. That really excites me, to make sure everything is exactly perfect and really taking your output across everything seriously and understanding the effect that has.”

He said the opportunities that have come from Instagram alone are “pretty wild and responsible for a lot in my career.” When pressed for a specific example, he says, “None that I can talk about on the record.”