Alison Mosshart, Behind the Wheel

The lead vocalist of The Kills puts her love of fast cars and the open road front and center on her latest endeavor, a spoken word album and art book.

Alison Mosshart has just driven cross country in her dad’s Dodge Challenger SRT8 from Nashville — where she spent roughly four months of quarantine at her home — to Los Angeles, and she’s still on a high.

“It is not a cross country car, but boy, that’s the way to do it. I’ll tell you what, I mean, there’s nothing more fun than what I just did in that car,” she says over the phone from the house in L.A. she’s settled into. “I mean, it was really irresponsible of me to put that many miles on a car like that. It’s something I could do once in that car. But it was like true freedom and control and speed — it was like a dream. That, to me, was the single greatest thing that I’ve done in all of this time. If it was up to me, I would’ve just kept going forever.”

Mosshart, one half of the rock duo The Kills, likes cars. A lot. They’re the center of her latest project both literally and abstractly: on Aug. 7, she released a spoken word-type album and a book, called “CARMA” (Cars, Art, Romance, Music, Attraction — for specifics) in which she explores her lifelong love of cars and what they have come to mean to her, as well as various other artistic expressions she’s able to tap into in a different way than through music.

“CARMA” began a few years ago as an assignment for Dover Street Market — the exact initial idea remains a bit muddled. She was asked to put together something car related for a fanzine that several artists were partaking in, and found herself getting a bit carried away (somewhere along the way the prompt also changed, unbeknownst to her).

“I started working on it and I looked up and it was 112 pages and I was like, ‘I don’t think this is the project, but something else.’ I was like, ‘I think I wrote a book, guys,’” she says.

She made the decision to publish it properly and release it, and part of her editing process was to read excerpts aloud to herself, record them and listen to them back. (The book is a mix of written verse, photos, painting, clippings and more.) 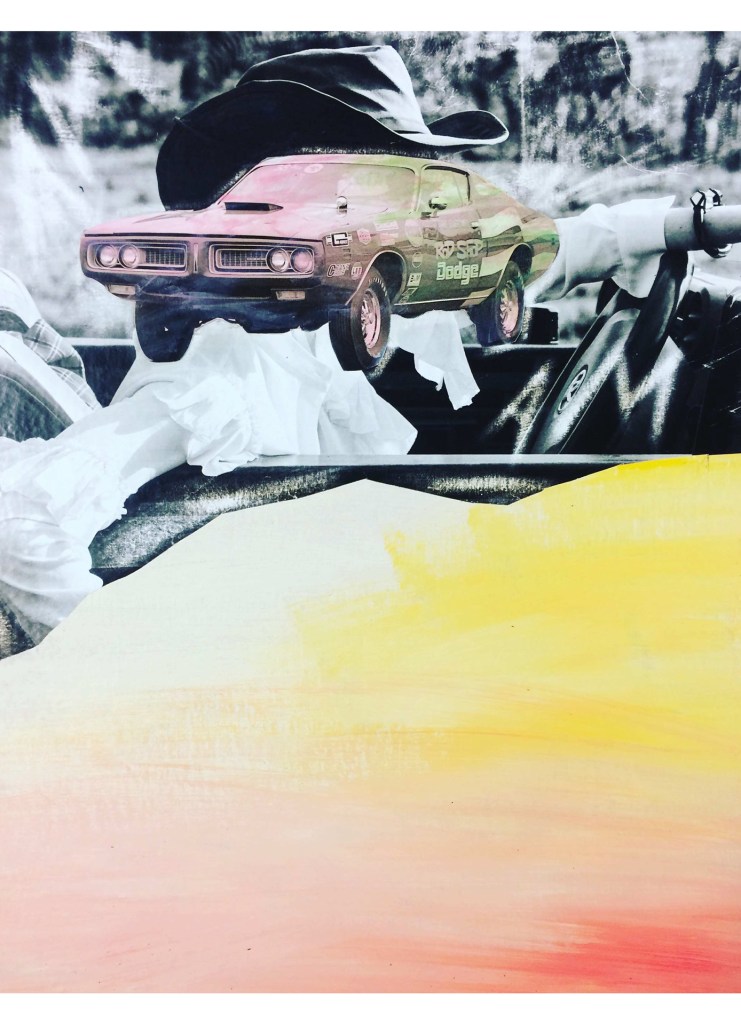 “I think that’s me coming from music: that’s kind of how I edited it myself. Just the act of doing it gave me so much information,” she says.

It gave her the idea to record an accompanying record to go along with the book: what could commonly be called a spoken word album that she had loosely labeled a “sound sculpture.”

“When I was in college I did lots of cut ups and stuff on four track cassettes. And you can hear in the first couple of The Kills records, there’s a bunch of interludes that seep in and out of songs. And those are all done very much in the way that I did these,” she says. “I’ve always liked doing it. It is a feeling — it’s not supposed to make sense. This is not literal, it’s very experimental. It’s very weird. It’s something that I just really loved doing when I was younger and I hadn’t done it in a long time, so it was really freeing.”

Mosshart’s love of cars began young: Her father is a used car dealer, and she grew up going to the dealership with her dad on weekends. In Vero Beach, Fla., where there wasn’t much for kids to do, a fun Saturday would be time spent at the dealership, where there were hot dogs and monster trucks and balloons — and cars.

“I really liked fast cars from a very young age. I really liked it when people would drive fast in a car and I would be in it. And I always liked driving. I feel like for me it was like the ultimate independence,” she says. “I like cars that are loud. I like cars that smell like gasoline. They excite me, they turn me on. I love them. And when I was making that book, I was going through all my art, all my archives and photographs and finding things from when I was 10 and stuff from junior high, and I always was drawing the same stuff. I was photographing cars. I was drawing cars. I was like, ‘Well, this is going to be the easiest book to put together in the world.’” 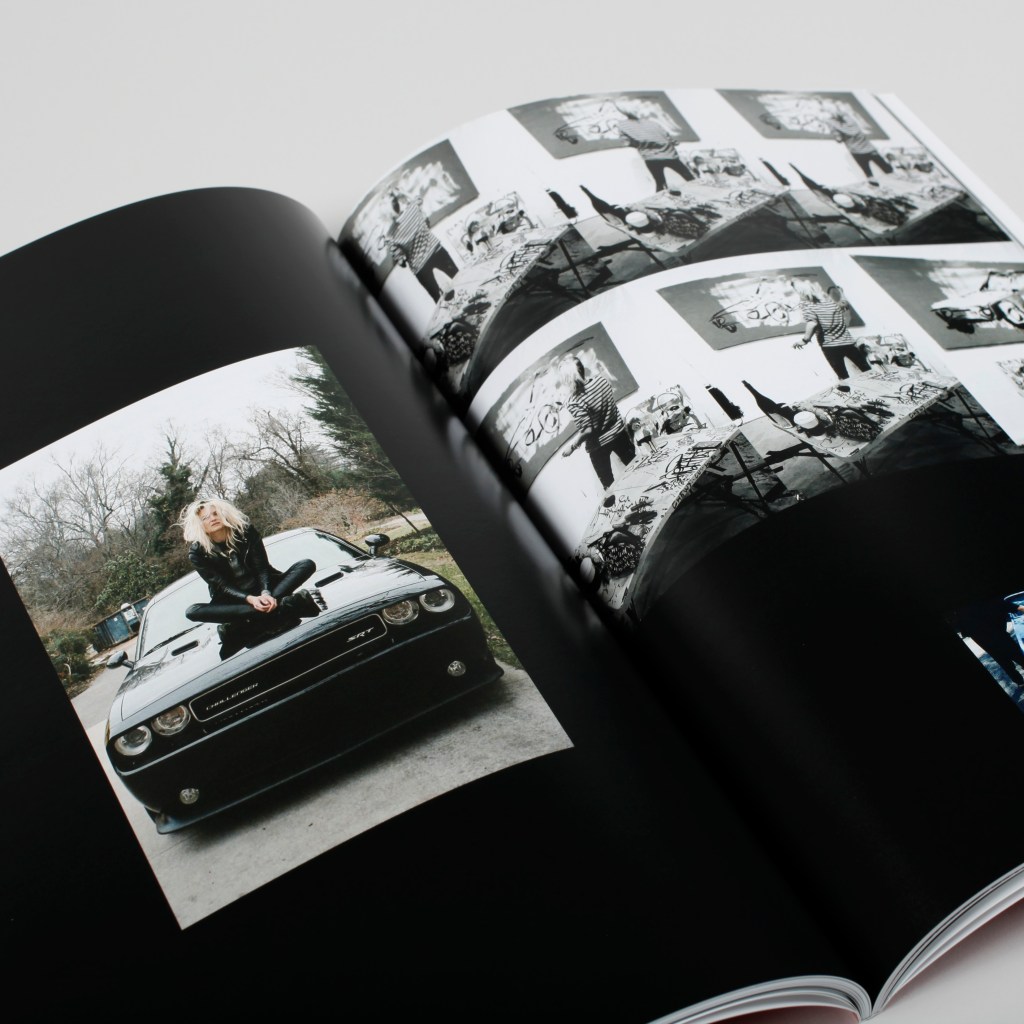 As a touring musician, being on the road has become second nature to her, and has come to represent freedom in even grander ways over the course of her career.

“My relationship to the cars is similar to my relationship with movement: always headed somewhere,” she says. “I’m a person who loves to be in a different city every day and wake up in a different place every day. That causes a lot of people a great deal of anxiety, and for some reason that causes me a lot of calm and a lot of curiosity and a lot of excitement. I love it. Movement has always been something that just really makes my brain open up and feel good.”

It’s hard to ignore the juxtaposition of discussing her homage to movement, travel and life on the road while the country remains in various states of lockdown. The irony is not lost on her.

“Yeah, it’s been really interesting for me,” she says, “to be in the same place.”