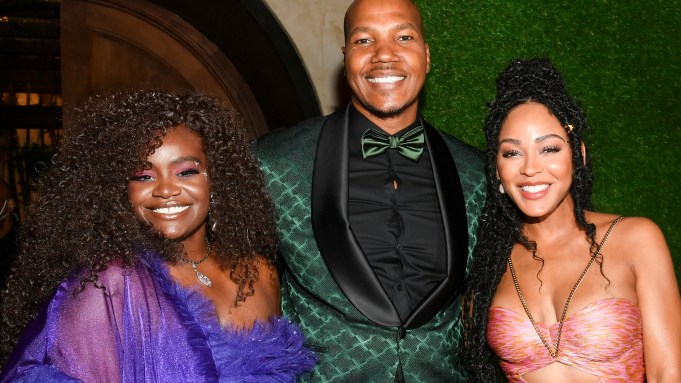 The 2022 NAACP Image Awards took placed on Saturday evening in Los Angeles, with honorees and VIP guests attending both in person and virtually.

Aired on BET, the awards recognized Jennifer Hudson as the Entertainer of the Year Award, beating out Lil Nas X, Megan Thee Stallion, Regina King and Tiffany Haddish. Hudson also took home the Outstanding Actress in a Motion Picture Award, for her work as Aretha Franklin in “Respect.” She tuned in from home, dressed in a fresh-from-the-runway Christian Siriano fall 2022 velvet corset gown styled by Law Roach.

The night had many major fashion moments. Zendaya, who attended virtually, wore two show-stopping looks, both styled by Law Roach. The face of Valentino first opted for a Valentino Couture jacket and coordinating cocktail dress, before debuting a vintage 1956 Balmain strapless gown, which Roach wrote on Instagram he sourced with the help of Balmain’s creative director Olivier Rousteing.

And, of course, the night’s most talked about look was the bright blue dress by Christopher John Rogers, worn by none other than Meghan Markle as she collected the President’s Award alongside Prince Harry.