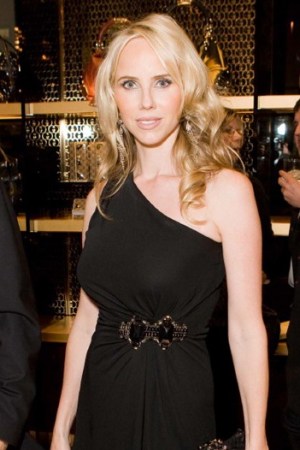 “I love my dress, but I had a nerve-racking fashion moment when it set off alarms all over the airport,” said Caufield as she checked out evening clutches. Jennifer Siebel Newsom and her husband, Mayor Gavin Newsom, dashed in for a quick look-see before heading off into the night.

“We’re going to China next week, but I wanted to check out Gucci before we left,” she said.

Vanessa Getty, wearing the house’s vertiginous platforms and jewelled dress, said the chance to get dolled up was a rare treat. “I spend the day with my darling baby daughter, Veronica, carrying her hands-free in her Babybjorn,” said Getty. “She’s only three months old, so I can take her everywhere.”