The artist's debut solo New York exhibition, "A Romance of Paradise," is on view at Marianne Boesky Gallery.

Installation view of "A Romance of Paradise."

Allison Janae Hamilton is questioning the myths that shaped the landscapes of her childhood. Her new body of work offers complicated interpretations of paradise — and explores the environmental implications of narratives used to justify expansion into the “Edenic” southern landscape in the 19th century. Paradise, but at whose expense?

“A Romance of Paradise,” on view at Marianne Boesky Gallery in Chelsea, marks the artist’s first solo New York exhibition. The exhibition, which centers around questions of climate change and environmental justice, also marks the gallery’s first carbon-neutral show. The gallery tracked the carbon output of the exhibition from creation to installation, and will make a donation to conservation nonprofit Galleries Commit x Art to Acres.

Hamilton recently returned to the city after a year away. She spent the past year creating new work from her hometown in northern Florida, the longest stretch of time she’s been there in over a decade.

“My studio down there was literally outdoors, so sounds like this” — the gallery’s speakers continuously loop the audio track for her video work “A Pale Horse,” which features the buzzing of insects, chirping of birds and hum of indiscriminate machinery — “were part of my world every day while working.” The meditative quality of the water and reflection of the sky are countered by the unease of the bugs skimming the surface and soundscape. “You know there’s something that’s off,” she says. 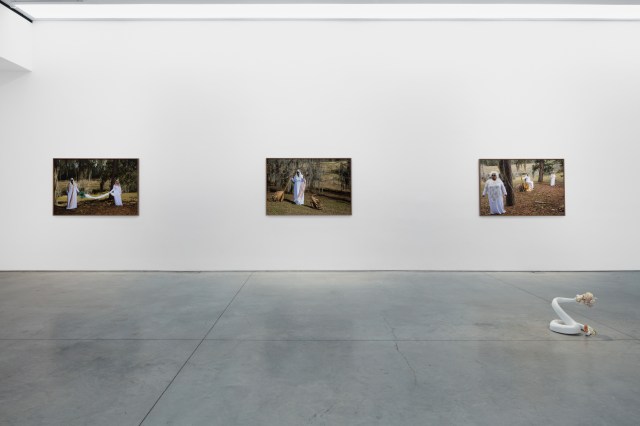 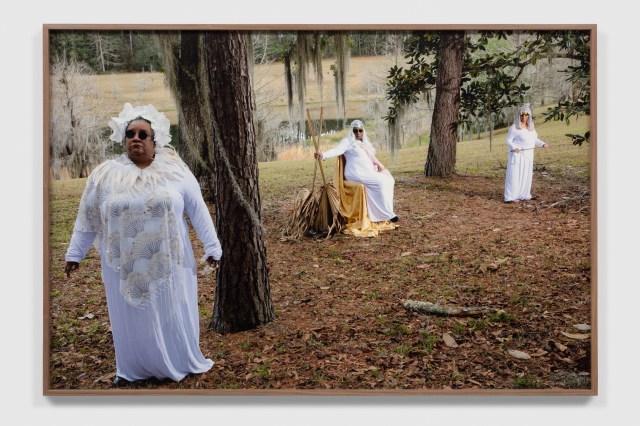 All of the art in the show is connected to the idea of landscape, which Hamilton employs as a main character in her work rather than as a setting or backdrop. “How can we look at landscape as this forefront, chief element rather than something that is taken for granted?” Hamilton says. “And how does that relate to the literal landscape that we’re living in?”

Mythology and the idea of epic stories are a prominent influence for Hamilton. Through her work, she aims to collapse and compile myths and folklore across different cultures. The sculptures and masks, fashioned in a light color palette, tap into iconography of ancient stories — grapes, a winged whitetail deer, rattlesnake — juxtaposing war and leisure. They also speak to Hamilton’s personal story; all of the sculpted creatures are all found in northern Florida. 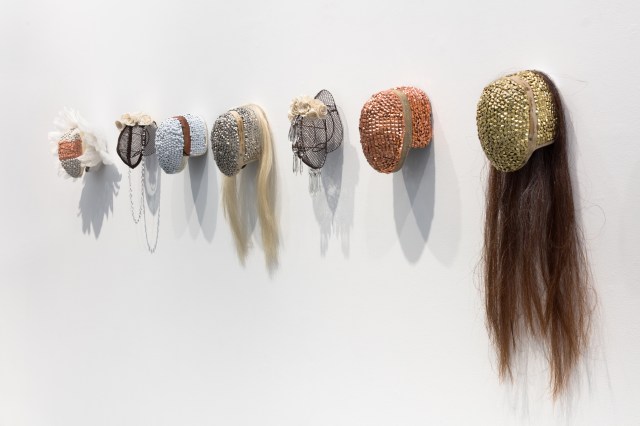 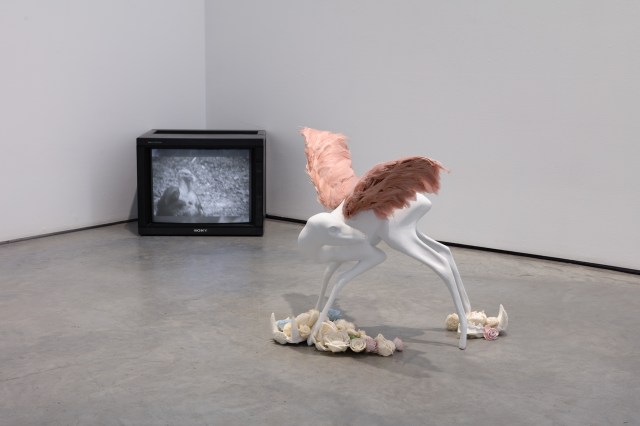 Hamilton is complicating the original conflating of paradise with heaven, and thinking through rationales used in western and southward expansion, often underscored by violence, in the U.S.; the idea of Manifest Destiny that’s taught in grade school.

“Southward there was this other myth of this fertile lush landscape that was ripe for cultivation,” Hamilton says. “I’m examining the ways these myths have implications today, especially in the face of climate change and environmental injustices.”

Hamilton is interested in exploring the intersection of climate change and landscape based issues, shaped by manmade interruption and natural forces. Which communities are most vulnerable — on the wrong side of the levee, for example — and why? “We need to look at how history and the lived experiences of people also play into the discussion,” she says.

Hamilton’s “Wacissa” video work will also be on view in Times Square for the month of April as part of the ongoing public art project “Midnight Moment.” The work will be played across electronic billboards every night just before midnight. “Wacissa” takes viewers to the river systems of northern Florida, a former trade route, and speaks to the history of labor and enduring inequality in the coastal south.

“Climate change is affecting all of us,” Hamilton says. “However — different regions and different populations are going to experience it in different ways.” 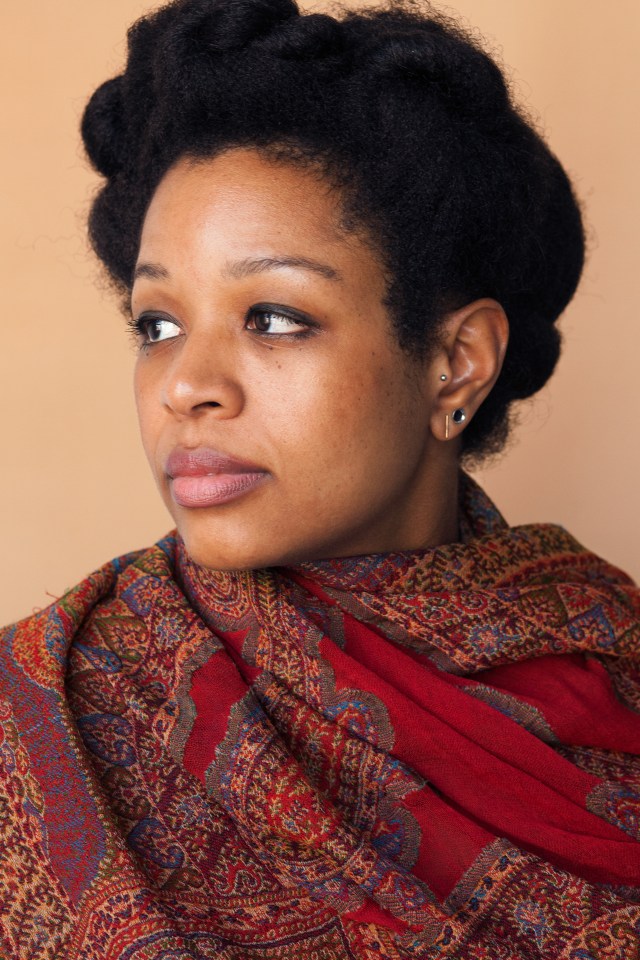 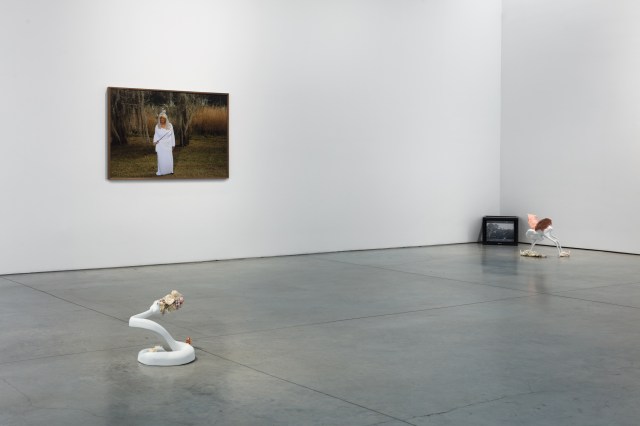