The novel focuses on the wife of Austro-Hungarian emperor Franz Joseph. 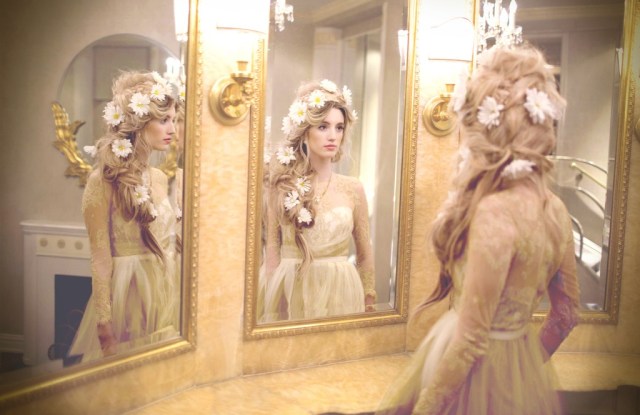 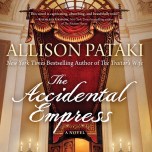 Allison Pataki, the daughter of the former New York governor, has created a franchise of historical novels about women forgotten by history.

First came “The Traitor’s Wife,” about Peggy Shippen, the woman who married Benedict Arnold, and now comes “The Accidental Empress,” her new book about the wife of Austro-Hungarian emperor Franz Joseph. Like with “The Traitor’s Wife,” which is being adapted into a television miniseries, Pataki sees feature film all over the new novel.

Her publisher Howard Books/Simon & Schuster isn’t taking any chances. An elaborate shoot with models dressed in full royal regalia was staged and photographed at New York’s St. Peter’s Chapel and the Waldorf Astoria Hotel for the novel’s hefty marketing campaign. There’s even a book trailer narrated by Pataki.

The fact that she comes from a high profile family hasn’t hurt Pataki’s career — she counts as a family friend Harvey Weinstein, who reportedly wanted Katie Holmes to participate in the adaptation of “The Traitor’s Wife.”

“Empress” begins with Elisabeth, best known as “Sisi,” the 15-year-old Duchess of Bavaria, traveling in 1853 to the Habsburg Court with her older sister, Helene, who is engaged to Franz Joseph, one of the most eligible bachelors of his day with an empire that stretched from Austria to Russia and Germany to Italy. Instead of marrying Helene, however, the emperor falls in love with Sisi and reneges on his earlier proposal.

“She was plucked from obscurity and thrust into the spotlight,” Pataki says. “She was unprepared to navigate the social and political codes of the time. She upset her husband’s family. This was, after all, Europe’s most treacherous imperial court.”

Pataki first encountered Sisi during a family trip to Hungary a decade ago.

“Everywhere I went, I saw this striking image of a beautiful young woman with long, chestnut-colored hair. She’s surrounded with the most beloved reverence. There’s a cult of personality around her to this day,” she says.

Pataki kept Sisi tucked away in the back of her mind while she teased out the Shippen-Arnold story.

“I kept revisiting her story in my head and digging a little bit more,” she says. “I didn’t know what I would find or if there was enough to do a historical fiction novel. It turned out that history is juicier than fiction. I can’t believe it hasn’t been written already.” (Actually, Daisy Goodwin also published a Sisi novel, “The Fortune Hunter,” last year.)

The women in Pataki’s historical novels don’t end well. Bitter and desperate, Peggy Arnold is last seen trying to escape to a British ship. “Sisi’s life was filled with heartbreak, infidelity, political turmoil and ultimately, an untimely murder at the hands of a madman,” Pataki says. “She never intended to seduce the emperor and win his heart. She was completely naive and guileless. She had no designs and no agenda.”

Any jealousy or resentment on the part of Helene quickly turned to pity for Sisi. “Helene saw that this was not going to be an easy life,” says Pataki, who calls the Habsburgs “the most dysfunctional royal family.”

“American audiences don’t know a lot about the Habsburgs,” she adds.

“We’ve read to death about the Tudors, Marie Antoinette, Catherine the Great, the Medicis and the Borgias. The Habsburgs are a lot more relevant and significant and interesting.

Their court gave us the waltz and Wagner’s ‘Ring Cycle.’ Gustav Klimt was their court painter and Sigmund Freud worked down the road.” Maybe there is a movie here after all.