The Latest Issue of WWD Weekend 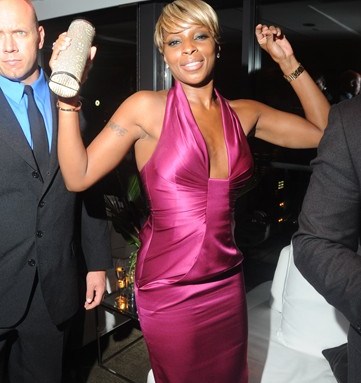 The fifth annual Fashion Rocks on Friday drew one of its most stellar crowds in years. In Fashion’s corner: designers Vera Wang, Max Azria, Tommy Hilfiger and Valentino, as well as stylish stars Charlize Theron and Hilary Swank. Representing Rocks: Mariah Carey, Mary J Blige, Beyoncé, Miley Cyrus, Leona Lewis and dozens more. But even among all the star power, the one performer whom everyone at Radio City Music Hall was dying to see was Justin Timberlake. Apparently, Timberlake is the sort of man who reduces women to monosyllabic speech.

Duffy, however, was interested in Rihanna; their first run-in was the perfect storm of fashion and rocking. “We met while shopping at Barneys,” Duffy said.

Once inside, Timberlake didn’t disappoint, nor did the rest of the all-star lineup. Beyoncé crooned Etta James’ “At Last,” walking into the front row to bring James to her feet for everyone to see. Lynyrd Skynyrd and Kid Rock collaborated on “Sweet Home Alabama,” and Debbie Harry and Fergie sang “Call Me.”

Denis Leary made for an affable host, and found fashion an easy target. “Naomi Campbell has a fragrance called Mystery,” he said. “The only mystery about her is where she will hit you with a cell phone.”

Afterward, the “Gossip Girl” crew and the marquee musicians walked across the street to the Rainbow Room, where Timberlake and Kid Rock danced to Michael Jackson on the banquettes until midnight.

The following night, Alexander Wang corralled the fashion crew to a basement space in Chinatown, where Erin Wasson and Alice Dellal hosted a party for the designer that drew ODMs (that’s off-duty models) like Behati Prinsloo, Julia Stegner and Noot Sear. Wang began the night in a black Hooters T-shirt (“We tried to go there after the show, but they wouldn’t give us our reservation, so we went to McDonald’s instead,” he said), but soon stripped down to one of his signature gray tanks and joined the hordes dancing and sweating up a storm, waiting for Foxy Brown’s much anticipated set. Finally, at 11:45 p.m., she took the stage in the designer’s hot pink minidress, telling the roaring crowd, “They put me in jail, and my cell was full of Alexander Wang.”

Turns out Brown was celebrating more than Wang’s collection; it was also her birthday. “When he asked me to perform and told me it was going to be Sept. 6, I said, ‘You know what? I’m going to give you that!’” she laughed after her half-hour set. But that’s all she’s giving. Brown won’t be out for any other designer next week. “I don’t whore myself out for fashion,” said the rapper, who’s attended shows for Zac Posen, Chris Aire and Sweetface in the past.

And though this was her first performance since her release from jail earlier this year, Brown didn’t suffer from any stage fright. “I’m a beast on the microphone,” she declared, as a VH1 television crew filmed her for her upcoming reality show. “I was more nervous about busting my ass in these 6-inch Yves Saint Laurent heels!”