Amanda de Cadenet Talks the Talk With ‘The Conversation’

The British photographer and television personality brings her act to the U.S. 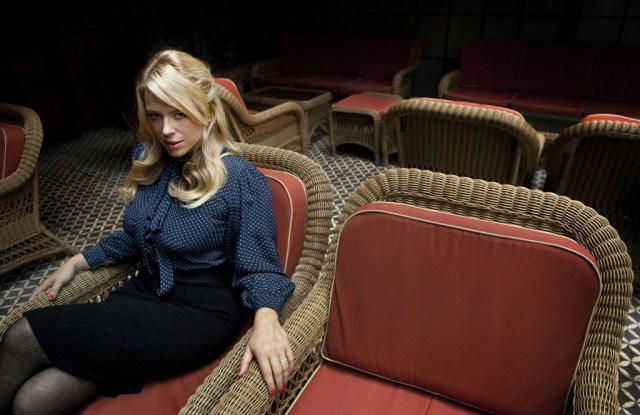 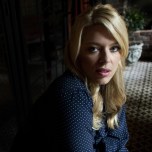 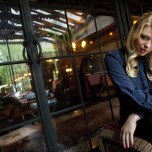 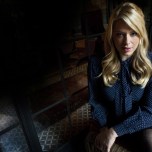 In a time when it seems like cable television prefers to depict women as either navel-gazing pseudo-adults or image-obsessed harpies out to catch a man, Amanda de Cadenet would like to raise the tone.

“Ambition is not a dirty word,” de Cadenet says over coffee at Manhattan’s Bowery Hotel on a Monday morning. And she means it. The actress, photographer, television host and mother of three has been in the eye of the media storm since her early adolescence as a television personality in the U.K. and a subsequent pair of high-profile marriages: first to Duran Duran’s John Taylor at the age of 19 and, more recently, to Nick Valensi, lead guitarist of The Strokes. She is now gearing up for her U.S. TV series “The Conversation With Amanda de Cadenet.” Set to premiere Thursday on Lifetime, de Cadenet says the talk show will attempt to challenge the way people think about women by letting her subjects represent themselves through their own words and stories.

“The world has a hard time letting women do more than one thing. If you’re really beautiful, they don’t like it if you’re smart. If you’re smart, it’s OK as long as you’re not too beautiful. You can’t be too much,” she says.

It is worth noting here that de Cadenet, who has been developing the series for the past four years, is quite pretty. Guests on the program vary from boldfaced names like Arianna Huffington, Donna Karan, Lady Gaga and Diane von Furstenberg to what de Cadenet calls her “everyday ladies,” culled from Twitter and other social media networks by herself and co-producer Demi Moore, a close friend de Cadenet calls “a woman’s woman.”

“Every woman who showed up did it because they felt a responsibility to use their voice wisely,” de Cadenet says. “Whether you’re a 13-year-old girl who’s saying, ‘I know I don’t eat enough but I wish that I was thinner,’ to Portia de Rossi saying, ‘I spent so much time in the gym or on the scale, worrying about my weight,’ to Jane Fonda, who’s 73, saying ‘I was bulimic until I was 43.’ It’s just showing that everyone deals with these issues, whether you’re a famous woman, an iconic woman, or a young woman. I had to make this because I felt like it was needed.…I couldn’t see it, so I made it.”

“The Conversation” began as a Web site, theconversation.tv, which de Cadenet describes as “the beginning, where all the extra footage lives” and where she continues to post written and recorded content to a devoted online community. The television version has four interviews per episode, focusing on what she refers to as “the issues in a woman’s life, what women are dealing with today. Relationships with your friends, your partner — if you choose to have one, your kids — if you choose to have them; career; money; your relationship to your body and yourself; spirituality.…The main things that women are looking at.”

The interviews, she explains, felt like a natural extension of her photography.

“It got to the point where if one more magazine called me asking, ‘Oh, can you get one of your famous friends to pose for the cover and then we’ll hire you’…it was just discouraging,” she says. “If I’m asking people to work with me in some capacity, I’d like it to be so that it benefits as many people as possible, not just magazines and their advertisers. So I started shooting the interviews, working out of my house. If I’m shooting someone for a portrait I talk to them in the same way as if I’m interviewing. I’m looking at the person and trying to figure out what it is about them that’s special and beautiful and powerful and unique and dynamic. The journey they’ve taken to be where they are.”