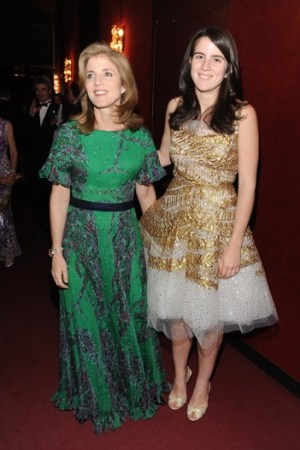 In New York, American Ballet Theatre celebrated its 70th anniversary with a black-tie gala at Lincoln Center. While much of the evening was very traditional — dedicated balletomanes such as Caroline Kennedy Schlossberg, Blaine Trump, Anne Grauso and Susan Fales-Hill were treated to numbers from “Swan Lake” and “Sleeping Beauty” — the event also had some unexpected touches: a final, modernistic routine that featured strobe lights and atonal sound effects, and celeb guests Julianna Margulies and, improbably, Zach Galifianakis (yes, that guy from “The Hangover”). That he was a bit of an incongruous guest wasn’t lost on the comedian.

“I don’t have much of a social life and I never get invited to anything and somehow I got invited here. I wanted to take advantage of it before they realized they meant to send the invitation to Zach Braff,” said Galifianakis, who admitted to being clueless about the ballet. “I know two French words: ‘ballet’ and ‘buffet.’ ” he said.

Margulies, meanwhile, was a bit more familiar with the art. “My mother danced in ABT,” explained the actress, adding that her sister was also a ballerina. “Unfortunately, the ballet gene skipped me. I got the tomboy gene instead,” she said with a smile.