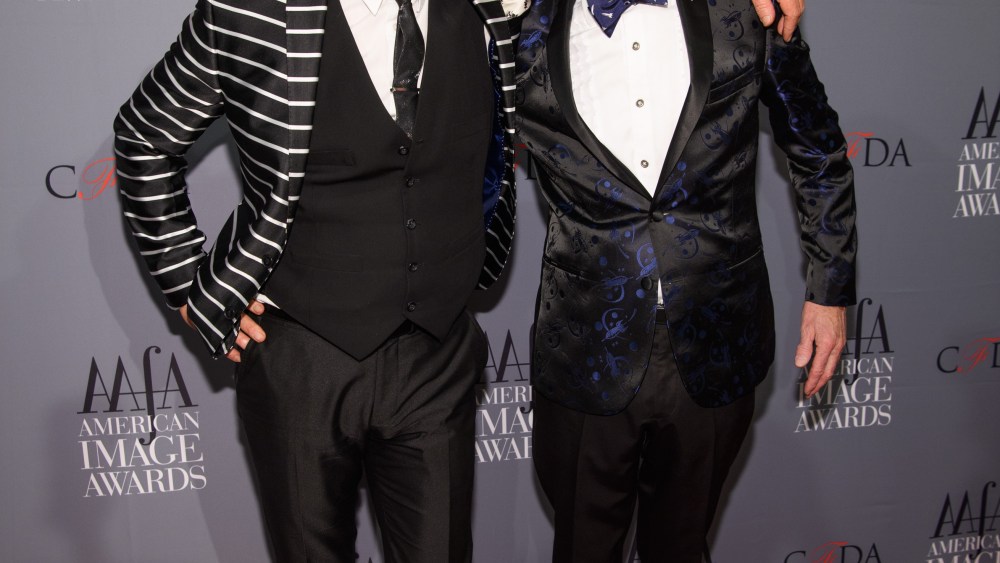 NEW YORK — Business may be challenged, but the mood was upbeat and festive as the fashion industry turned out in force to honor a few of its own Monday night at the American Apparel & Footwear Association’s 39th annual American Image Awards.

Graham, who received the Fashion Maverick Award, mused that after a multidecade career in fashion, where he founded and built Joe Boxer and created his own eponymous label, he was “an overnight sensation — that took forever.” He recalled a few of his more outrageous publicity stunts including a transatlantic fashion show on a Virgin Atlantic flight — where he and Richard Branson dressed as flight attendants in drag – as well as his most recent excursion to Mars with “models” Bill Nye and Buzz Aldrin.

Nye was in the audience to help Graham celebrate the award and they were both wearing Planetary Society badges pinned to the lapels of their dinner jackets. In between taking selfies with the other attendees, Nye — in a requisite bow tie — said although there may be life on other planets, Earth remains his favorite.

“All my friends live there, and it has real liquid water,” he said with a wink.

Nardoza was introduced by Norma Kamali, who said that over the course of his editorial career at Footwear News, DNR and then WWD, he “accomplished so much, so quietly with great integrity.” The first time he allowed himself to step into the spotlight was when he received the Eugenia Sheppard Award from the Council of Fashion Designers of America in 2009.

Nardoza said he “never had a boring day at work,” thanks to the “incredibly spirited fashion industry.” And over the course of that career, he’s seen enormous change already with a lot more on the horizon — everything from robotics to chatbots. “These are anxious, intimidating days,” he said, but he cautioned that while embracing new technology is important, it’s even more important to not lose sight of what truly matters in business and life.

Vevers, who received designer of the year honors, has worked to “create a new language” for Coach since coming on board in 2013. “Fashion reminds me everyday that being a little bit different is how you stand out,” he said.

Marc Fisher and Susan Itzkowitz of Marc Fisher Footwear, company of the year, said it is the “passion, dedication and drive” they feel for the shoe business that has allowed the brand to achieve success over the past 12 years.

The final award of the night was presented to Theory ceo and third-generation apparel executive Andrew Rosen by Kenneth Cole. Saying that his education took place on the floor of his father’s dress factory, Rosen was determined to prove that he was worthy to run such high-profile brands as Calvin Klein, Anne Klein and now his own creation, Theory. He’s done that, and his success would undoubtedly make his father and grandfather proud and “is in many ways a tribute to them,” he said.

The evening benefitted the CFDA’s Fashion Manufacturing Initiative, a program that nurtures and supports domestic production, and Steven Kolb, president and ceo of the organization, said the monies raised will lead to “a more extensive ecosystem of manufacturing throughout the entire city of New York.”