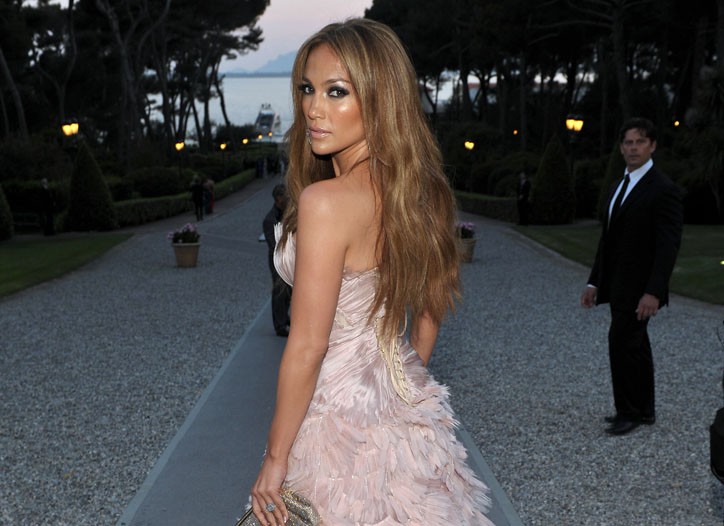 Sometimes it takes a village, and amfAR’s annual Cinema Against AIDS gala at the Hôtel du Cap-Eden-Roc in Cannes Thursday night was testament to that—albeit a very glam village.

During the evening’s live auction, Karl Lagerfeld, Marion Cotillard, Ryan Gosling, Michelle Williams, Elizabeth Banks and Tom Ford all hopped on stage to help move big ticket items which included a day with former President Bill Clinton and a print by Herb Ritts. Ford, who introduced the opportunity for a private shoot with Lagerfeld in his Paris studio, gave the biggest sales pitch. “With Karl’s amazing vision and his expert Photoshop abilities he will streamline your neck, he will smooth your breasts, he will make your hips narrower,” Ford teased. “He will do whatever he needs to do to make you beautiful.” The spiel worked: the lot went for $735,000. And in all, the event raised $6.7 million.

Riccardo Tisci, Peter Dundas, Roberto Cavalli, Georgina Chapman and Harvey Weinstein, amfAR chairman Kenneth Cole, Jennifer Lopez, Gerard Butler, Naomi Campbell and Russell Crowe were among those gathered in the chic black tent which was designed by Giorgio Armani and decorated with works by Richard Hambleton. This being a crowd of movers and shakers, it seemed everyone had a new project to discuss: Mary J. Blige is about to start shooting a biopic on Nina Simone; Laudomia Pucci is finishing a Pucci tome for Taschen which is coming out in late June; Lopez is halfway done with her next album (“It’s called ‘Love,’ with a question mark”), and Chinese star Fan Binbing is a new spokesperson for L’Oreal Asia.

After dinner, Patti Smith and Blige each took their turn performing on stage. Benicio Del Toro who, as one of the Cannes Internationl Film Festival jury members has spent much of the past two weeks inside dark theaters, was dazzled by his surroundings. “There’s so much to look at here – the ladies, the scenery,” he said. “It’s like a movie itself.”