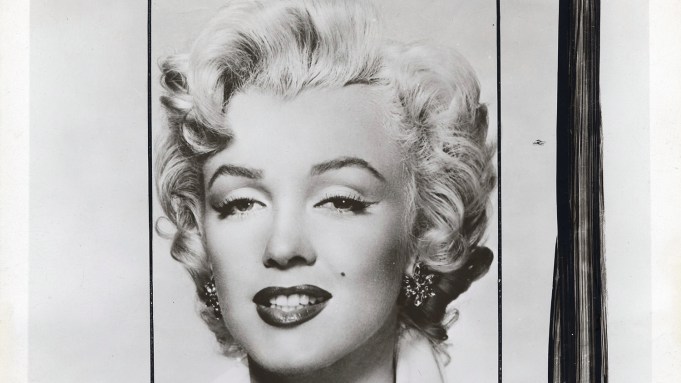 TORONTO: Nearly 30 years after his death, Andy Warhol’s unrelenting fixation with celebrity and its imprint on his life, art and films fuels a new exhibition marking the 40th anniversary of the Toronto International Film Festival.

The exhibition, organized by The Andy Warhol Museum in Pittsburgh and presented in collaboration with TIFF, includes rare items such as Warhol’s childhood scrapbook as well as posters, magazines, films, prints, drawings, photos, videos and other related artworks. Together, “Stars of the Silver Screen” sheds new light on Warhol’s obsession with Hollywood, particularly as he transitioned from the two-room row house of his youth in Pittsburgh’s working-class neighborhood of Oakland into a globally recognized star and star-maker.

“This is the first major exhibition we’ve seen that looks at the imprint of celebrity on Warhol’s life and work,” said Laurel MacMillan, TIFF’s director of exhibitions.

“Warhol was the ultimate stargazer, so launching this show at TIFF — which is all about stargazing and movies — made sense,” MacMillan said. “This exhibition takes audiences inside Warhol’s head, both as an artist and fan. It also gives them an opportunity to see how that thread of celebrity carried through his life and prolific career, and how deeply it affected Warhol until his death in 1987.”

Curated by TIFF’s Jon Davies, along with Geralyn Huxley and Matt Wrbican of The Andy Warhol Museum, “Stars of the Silver Screen” began as a concept that was presented to TIFF two years ago. That concept paid homage to Warhol’s iconic, larger-than-life portraits of the classic Hollywood stars he idolized like Marilyn Monroe and Elizabeth Taylor, as well as his explorations into the darker side of stardom.

“Warhol was a bridge between that golden era of Hollywood, which was filled with stars like Shirley Temple, Judy Garland and Lana Turner, and the new Hollywood that emerged from its ashes in the 1960s,” said Huxley, the curator of film and audio at The Andy Warhol Museum. “Remember, from a very young age Warhol was going to the movies and collecting celebrity magazines and photographs. He was loyal to this passion throughout his life. Warhol even had a copy of Kitty Kelley’s book on Frank Sinatra sitting by his bedside in the hospital shortly before his death.”

The commercial artist turned painter in the 1950s and filmmaker in the 1960s found himself partying with Liza Minnelli, Bianca Jagger, Truman Capote, Halston and a host of celebrities of that era.

“Warhol clearly exceeded his childhood dreams about attaining some kind of notoriety in his life. But as he delved into the world of celebrity, Warhol looked to the mundane for inspiration and made stars out of ordinary people who walked off the street and into his studio,” said Huxley. “That curiosity about what stardom really meant kept Warhol ahead of his contemporaries.”

Even in today’s age of social media and reality TV, Warhol’s relevance is undiminished, according to Davies, the managing curator for the Toronto International Film Festival. “Warhol anticipated many shifts in pop culture and played a significant role in the democratization of fame,” said Davies.“His work also preceded reality TV, particularly with its emphasis on mundane things like soup cans and on the average person’s day-to-day life.”