In her latest work, “Pioneers of the Possible: Celebrating Visionary Women of the World,” the author profiles 20 of the world's most influential women. 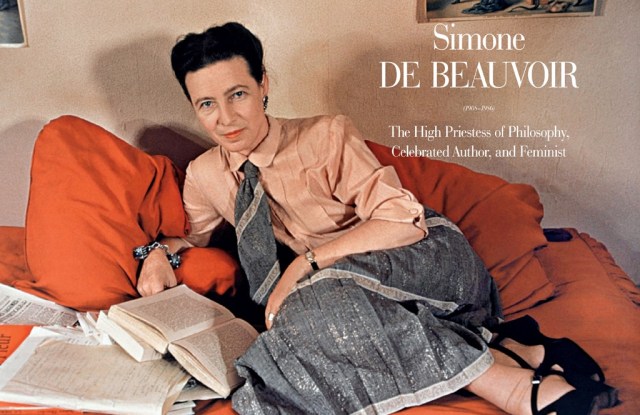 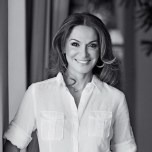 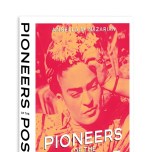 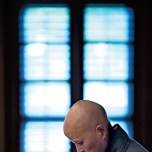 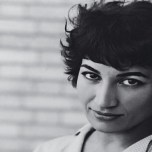 “I wanted to make sure I was looking at women from all different parts of the world — the Far East, South America — and to be sure that the stories I’m putting into the book are those of women who overcame odds or who were the first,” says Angella M. Nazarian of her choices for the 20 women she writes about in “Pioneers of the Possible: Celebrating Visionary Women of the World” (Assouline). “It’s that element of surprise for the reader, to be able to read biographies of women nobody’s heard about.” Among those selected for the book, some, to be sure, were very well known, among them Golda Meir, Martha Graham, Ella Fitzgerald and Anaïs Nin. But Nazarian also included a number who are less famous in the U.S.: Cambodian anti-human-trafficking activist Somaly Mam, bullfighter Conchita Cintron, Guatemalan human-rights advocate Rigoberta Menchú Tum and Moroccan runner Nawal El Moutawakel.

Of artist Frida Kahlo, who appears on the cover of the book, Nazarian says, “She never wanted to be just [Mexican muralist] Diego Rivera’s wife. She made sure that there was something that always remained Frida in their relationship. One reason she’s photographed so much is there’s something so beautifully exotic about her. She has the unibrow, she has the little bit of a mustache, she has steely eyes and traditional costumes; I think she never really wanted to not be Mexican.” Because Kahlo was badly injured in a bus accident when she was a teenager, and required numerous surgeries, Nazarian says,“She could have succumbed to being in her house, cutting herself off from everyone else, but she didn’t.” André Breton called Kahlo’s art, which was relatively small in scale and featured self-portraits, often showing her bloodied from an operation or a miscarriage, “a ribbon about a bomb.”

When she had her first one-woman show in her native country, at the Lola Alvarez Bravo gallery in Mexico City, she was in failing health, and her doctors had advised her not to move. Instead, she had herself delivered to the opening in an ambulance, and spent the evening holding court while lying on her bed, which had been moved to the gallery earlier. Whereas, during their lifetimes, Rivera was a famous artist, while she was unknown, in the succeeding decades, her fame has gradually eclipsed his.

Nazarian, 43, a brunette beauty who is Iranian-American and Jewish, has an interesting story of her own. When she was 11, she, her sister Lida and their mother, Maryam Maddahi, came to the U.S. to visit her two brothers, Kourosh and Jamshid, who were studying here. Their stay was only supposed to last two weeks, but the political situation exploded after the fall of the Shah and her mother decided that they should stay, while she returned to Iran to help her husband, Nasser, settle the family’s affairs. The elder Maddahis, however, were trapped there for five years by the Iran-Iraq war. Nazarian earned a graduate degree in industrial-organizational psychology from California State University Long Beach and became a psychology professor at three colleges in the area. She married David Nazarian, a venture capitalist, and they have two children, Phillip and Eli. She also began running workshops on personal development for women and wrote her memoir, “Life as a Visitor,” published in 2009, which was a New York Times bestseller. She writes for The Huffington Post, takes photographs and has recently developed a passion for dancing the tango.

Many of the women she writes about, she notes, including Kahlo and Amazon environmental activist Marina Silva, were strongly encouraged by their fathers. This was also the case with Simone de Beauvoir, whose father, Nazarian says, “would take her into his library and read to her; they would have these regular meeting times. He really took pride in her mind, and he would always tell his family, ‘This daughter of mine has the mind of a man.’ ”

On the other hand, of the Iranian poet Forugh Farrokhzad, who lived from 1935 to 1967, she says, “There were no women writers in Iran at the time. Granted, we were living in a more secular Iran, but the culture was very patriarchal. And here is this woman writing about having very sensual encounters with nature or encounters with a man. People in the streets are reciting her poems up until this day.”

Women, she adds, “go through many changes in every stage of our lives; sometimes it gets translated through our work. Sometimes, at 40, 50 or 60, we think that our work is done. Martha Graham was still doing choreography up until she was in her 90s. Sometimes, it may be our second career that is the most successful. Moving forward makes life very interesting.”

Another remarkable person she uncovered is Dharma Master Cheng Yen, who founded the Tzu Chi Foundation, which has an endowment of $800 million and annual donations of $300 million and who has founded a hospital, medical school and nursing college in a poor area of Taiwan. “She wants to make it like the Mayo Clinic,” Nazarian says. As a young woman, Cheng Yen was a beauty, and her parents wanted to marry her off, but she ran away from home several times hoping to become a nun. She met the renowned Buddhist scholar, Master Yin Shun, and became only the fifth disciple he had ever accepted. Eventually, she took on five female disciples herself, then decided to set up her own foundation, which has become the biggest in Taiwan.

One insight that has come to her, Nazarian notes, is that the most impressive women are not striving for balance but for fullness in their lives. “They pack their lives with things that are really meaningful,” she says. “They concentrate on their strengths; they know what their talents are, so they aren’t so bothered by their weaknesses.”

As Estée Lauder, one of her visionary women, put it, “ ‘If you want to succeed, make the best of what you have. That’s a secret to beauty, as well.’”