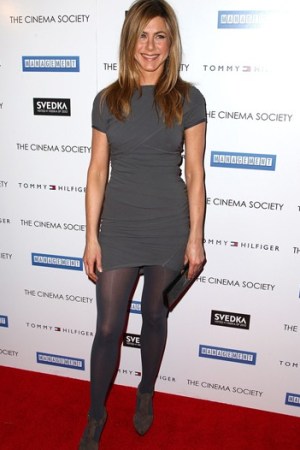 And although Aniston is a poster child for Malibu if ever there was one, her body conscious Balenciaga appeared very Manhattan. “I love this dress,” she said before slipping inside the Landmark Sunshine theater. “I have it in black too.”

In the film, Aniston plays a woman who finds a star-crossed love in a no-star family owned motel. Hilfiger found the story applicable to his own life since he’s in the “conceptual” stage of building his own brand of hotels. “We like America but we have great popularity all over the world,” he said at the after-party at Table 8 in the Cooper Square Hotel. “I think we could put a hotel up in just about any major city.”