Bass was a fixture of the New York scene in the Eighties and Nineties.

Anne Bass, a fixture of the New York social scene in the Eighties and Nineties and patron of the arts, died Wednesday at age 78 due to complications of a longtime illness.

A slim, soft-spoken, somewhat shy woman, Bass was born in Indianapolis, and attended Vassar College in Poughkeepsie, N.Y. She was married to billionaire Texas oil tycoon Sid Bass from 1965 until their divorce in 1988; they had two daughters, Hyatt and Samantha, who survive her.

She and Sid moved to New York in the early Eighties, which marked the beginning of her presence on the charity circuit. It was the era of big shoulders and big finance, when couples like the Kravises, the Steinbergs, the Gutfreunds and the-then plain Donald and Ivana Trump swirled through New York society at lavish galas and even more lavish private parties. The age was captured in the late John B. Fairchild’s book “Chic Savages,” as well as in Tom Wolfe’s novel “Bonfire of the Vanities.” 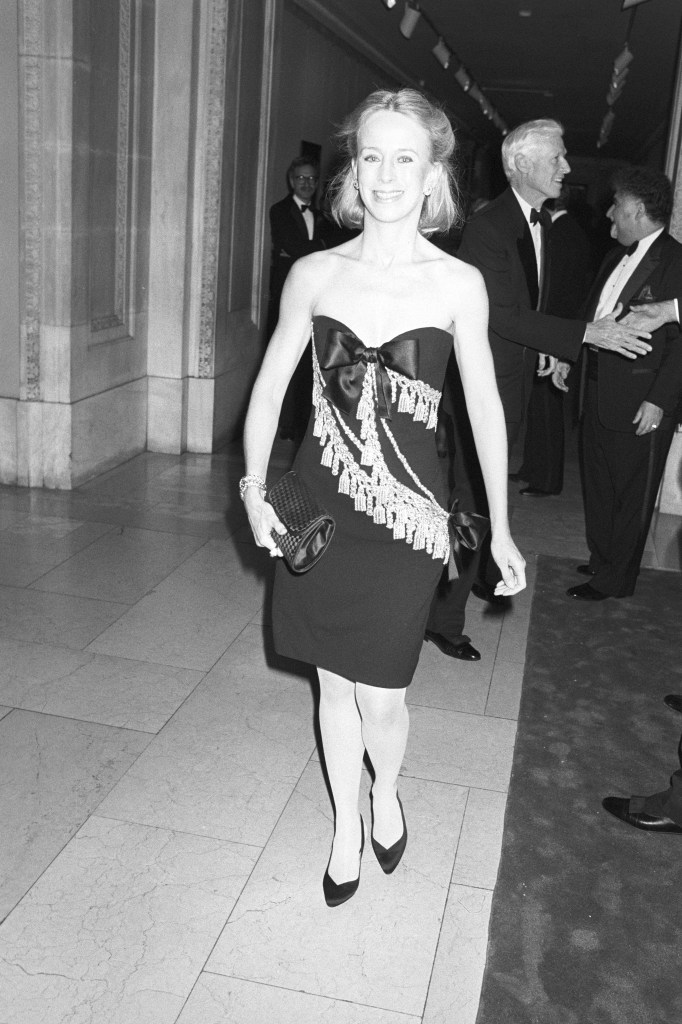 “Actually, she was one of the first friends to help me at God’s Love We Deliver,” Trump said over the phone from Miami. “She was so generous. Her generosity was limitless, let’s put it that way. I knew her very well through the ballet. I was with the American Ballet Theatre, she was with the [New York] City Ballet, we always connected and supported both companies. But she was such a perfectionist and loved the visual arts, and I really got to know her through that.

”She was such a special lady. She always did everything with great grace and dignity. She was a perfectionist who loved to create beautiful gardens, she certainly loved her fashion and the visual arts. There are not too many ladies in the world that were like her. She was sort of shy though too about it all. She never really liked to have a lot of attention focused on her. She was always very low-key about everything.” 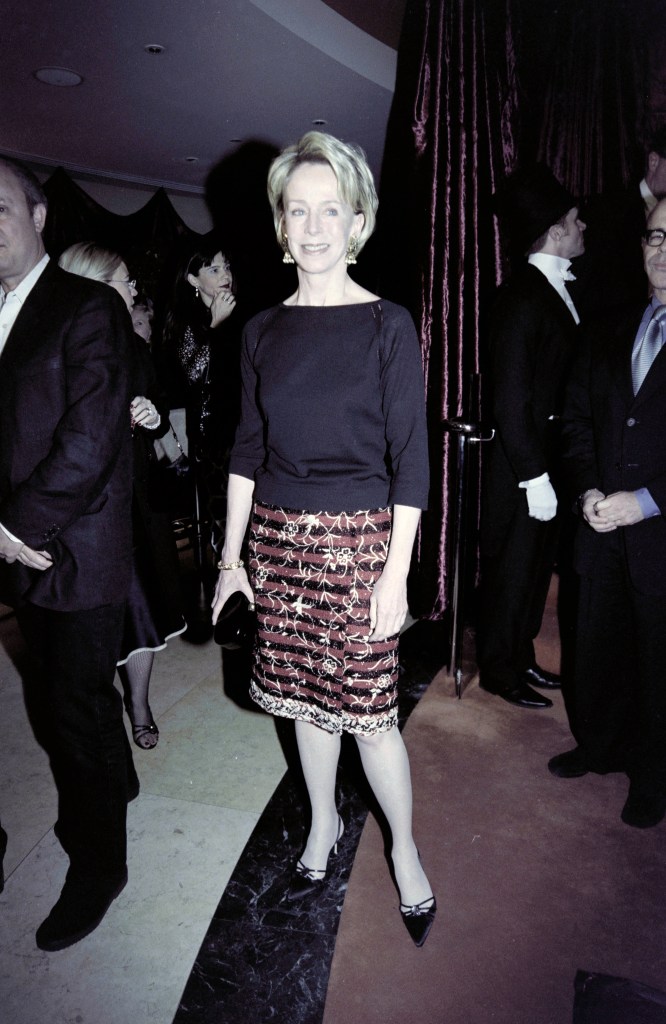 Bass also contributed to charities in Fort Worth, Tex., as well as to the Texas Ballet.

She, like many from that time, had more or less dropped off the social circuit by the Aughts. Her name did hit the headlines again in 2007, however, when she and her partner, the painter Julian Lethbridge, were taken hostage at her estate in South Kent, Conn., for a night by three men. Her butler was later charged in the home invasion.

William Norwich, who learned of Bass’ passing from Lethbridge, got to know her through his society reporting.

“One of the things I wrote a lot about was fund-raising benefits, which were a very Eighties things, and Anne Bass was a phenomenon,” Norwich said. “She was a really dedicated philanthropist. She had moved to New York with Sid Bass in the early 1980s and got very involved with the New York City Ballet, and was able to broaden their contributors base to a compelling extent. So suddenly this New York ballet was being contributed to by people from all over the United States and Europe. As such it was my job to write about that.” 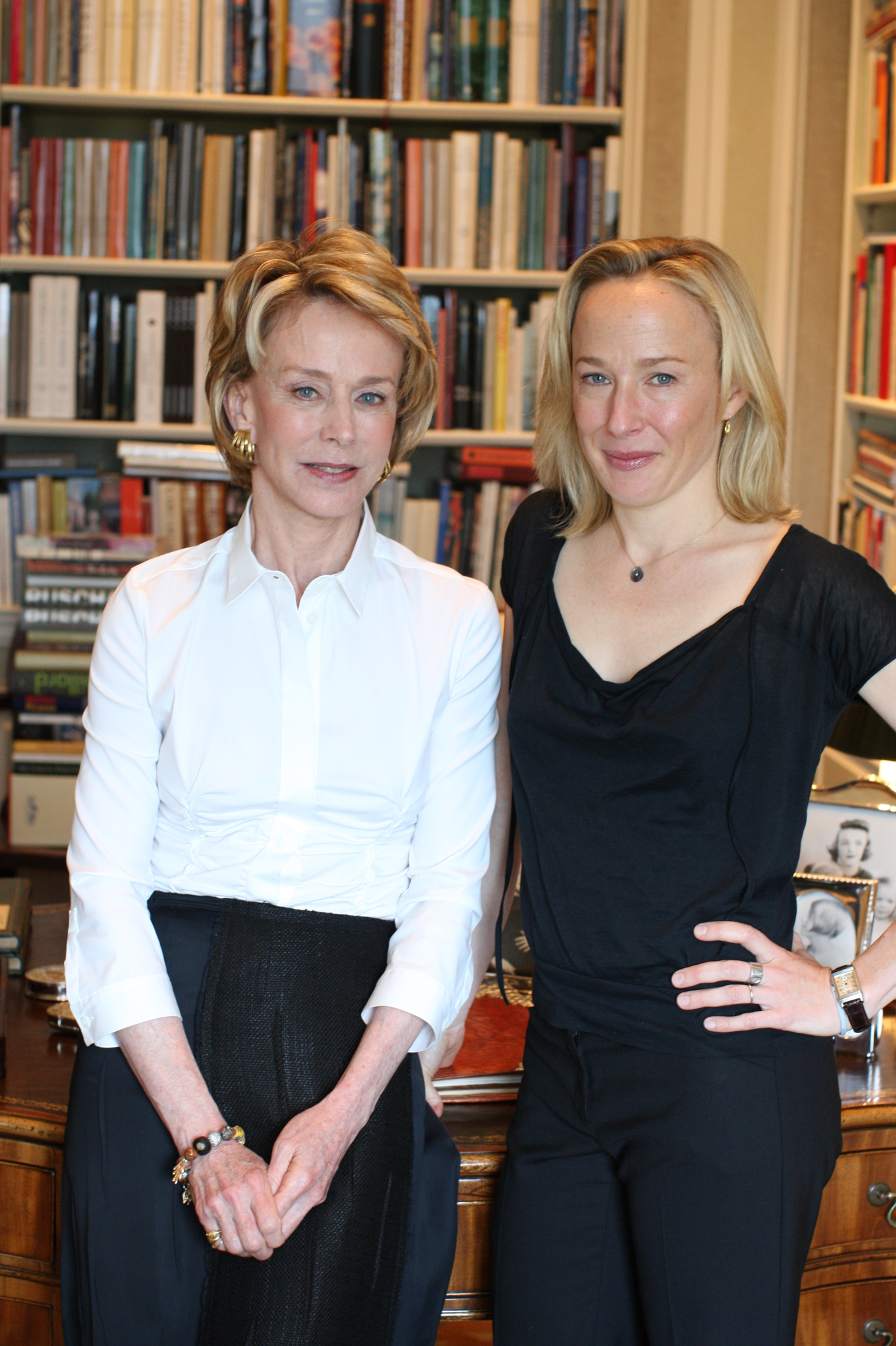 “I guess at one point we must’ve been seated together, and she pointed out this wonderful idea that we were meeting through social vanities, really the lightness of life, but to look for people’s hearts when you write about them,” Norwich continued. “‘Try to know their hearts when you write about them.’ So there was that, and also she had great humor.”

Norwich said that her legacy will be her contributions to New York’s philanthropic world, from the ballet to the New York Public Library for the Performing Arts.

“And on a personal level, her legacy will be these two wonderful daughters.”

What Does It Look Like to Build a Virtual Gala?

WATCH: Behind the Seams of New York City Ballet’s ‘The Nutcracker’