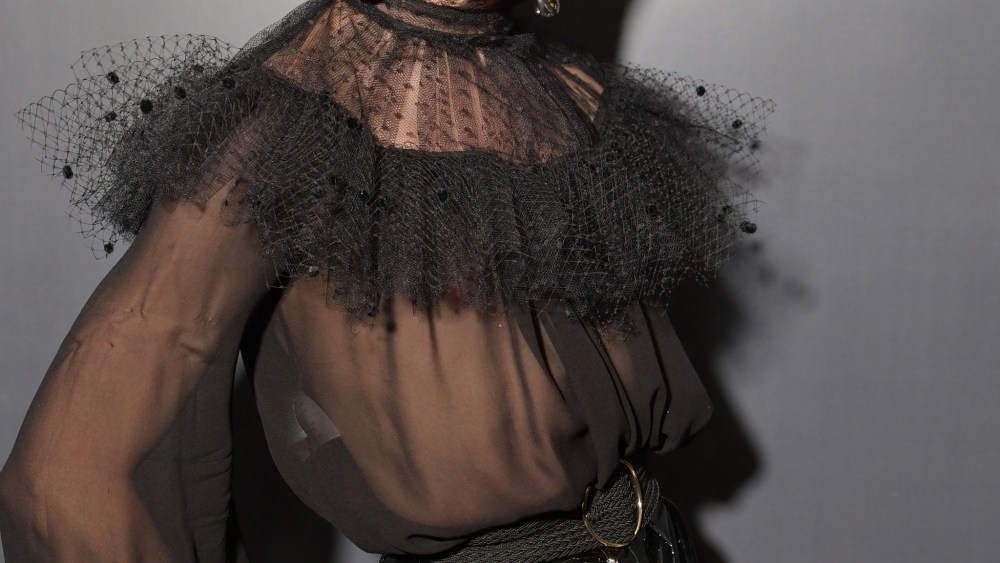 BUSY BEES: It was a welcome pause in packed schedules for the crowd in the front row at the Giambattista Valli show.

Aquaria, who was fielding requests from people wanting to take pictures with her, whipped out a lip gloss and posed.

It was her last day in Paris before heading back to New York City; an American tour kicks off in October.

“At least it’s a different type of busy — from fashion-busy to really energetic, performing-busy,” she said. Asked about beauty secrets for such moments, she rattled off a list — without hesitation: “Laser hair removal, exfoliation, moisturizing and corsets.”

Arlissa Ruppert, who is known by her first name and who just finished writing an album, was gearing up for a promotion tour of her single “Only Sorry,” due to be released in October.

“I wrote it about a best friend who basically did something really horrible to me,” she said. And she wasn’t buying into her friend’s apology.

“She wrote me a letter, and this song is ‘You’re only sorry because you miss me’ — it wasn’t a really sincere letter,” she added. Writing songs is how she copes with challenges, she added.

“It’s super cathartic, I couldn’t cope as a human if I couldn’t write how I felt,” Ruppert said.

Joséphine de La Baume also has a single coming out — and a film, too. Her group Film Noir is releasing the single “La Mariée” in October, followed by the EP in November.

“I play a prostitute who’s happy to be there…and who’s a bit intoxicated — she’s a bit of a comic, a tragic comic,” de La Baume said. She’s also cowriting a film with Verheyde, a biopic about a woman who lives two completely different lives.

How does she keep up with so many projects?

“You have to be completely hyperactive and sleep — you have to sleep,” she said.

Also in the front row, Sofia Carson and Lachlan Watson. Taking a break from filming the series “Chilling Adventures of Sabrina,” Watson, who is based in Vancouver, was relishing fashion week.

“It feels incredible, I’m so excited to go back because they’re not even gonna recognize me. I’m glowing,” said the Netflix star, who’s on the hunt for additional projects.

“I’m crossing my fingers hoping to find something bigger and crazier to do next.”