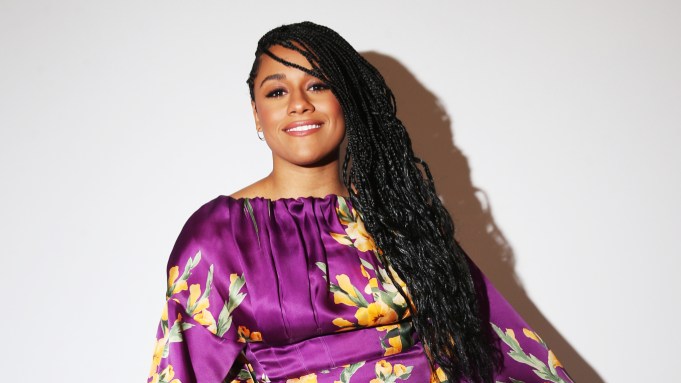 At Monday morning’s Carolina Herrera show it had been nearly a week since Ariana DeBose received her Oscar nomination for ‘West Side Story, yet the news was far from sinking in.

“Not possible!” the actor said immediately following the runway show. “I don’t think it’s possible for any of it to ever sink in.”

The news came to her early Tuesday morning when she was out and about in New York.

“I was on a walk with my best friend – who was also my prom date in high school – and we were on a walk by the East River. I literally got a phone call that I couldn’t actually hear, from my team,” she said.

An important next step, naturally, is to begin thinking about what to wear, and the Herrera show provided plenty of inspiration.

“I’m in awe of Wes and what he’s been doing with the house of Herrera. It’s just absolutely stunning,” she said “There are so many beautiful things out in the world right now so at the moment I’m just taking stock of it all and enjoying it all. I love fashion – granted, there are many folks who are more well-versed in fashion than I am but I’m enjoying my education and I’m just in awe of the work that’s being done today.”

Catching her eye on the runway were the looks that featured a combined pants with skirt train.

“I was like ‘give me that’ because if a girl can walk, she can do anything,” DeBose said. “I’m not really a fussy red carpet kind of girl. I like to know where my feet are at all times and then I just like to feel like a queen.”