The work of a songwriter is not unlike that of a therapist. According to Tayla Parx, who’s cowritten hits like Ariana Grande’s “Thank U, Next” and “High Hopes” by Panic! At the Disco, the best sessions with artists are the ones in which they’re vulnerable, willing to open themselves up for a conversation. Listening to the musician with whom she’s working is key. And each artist exists in his or her own comfort zone when it comes to openness. There are some, like Janelle Monáe, who is, as Parx puts it, “serious and very reserved in the studio.” And there are others, like Grande. “Ariana comes in and she’s like, ‘I just went through some s–t, guys,’” Parx recounts.

So they talk about it. They talk about whatever is on the artist’s mind. Once she steps into the studio, Parx is on someone else’s schedule, experiencing their emotions, whatever they’re feeling. Then, after that’s established, they’ll write a song.

“It’s all about making that artist feel comfortable,” she says. “I will never judge anything, whether it’s good or bad. And I try to do the same for myself; I handle the artists with that same approach. They could tell me the craziest thing ever and I’ll be like, ‘That’s nuts, that’s cool, OK.’ They know it’s a journey we’re taking together.”

Now, 25-year-old Parx is controlling the conversation concerning her own mental state — and her presence in the industry. Her new solo album, “We Need to Talk,” comes out today. After collaborating with the likes of Mariah Carey, Rihanna, Nicki Minaj and the K-pop group BTS (to name a small handful), the Dallas native has released her first full-length album, the follow-up to her 2017 mixtape “Tayla Made.” Two years ago, Parx said she was afraid of showing all the cards in her deck; she wanted to make music and be an artist, but not totally expose the inner workings of her mind. For this latest project, Parx realized she had to knock all the walls down and talk about herself, face her own emotions in order to write about them. As a result, “We Need to Talk” is an intimate portrait of what Parx calls a “situationship” with a person she fell in love with. The songs on the album tell stories of the discussions she’d like to have with that unnamed person. The breaks in their communication are illustrated through interludes with text bubble noises, unanswered phone calls and voicemails. 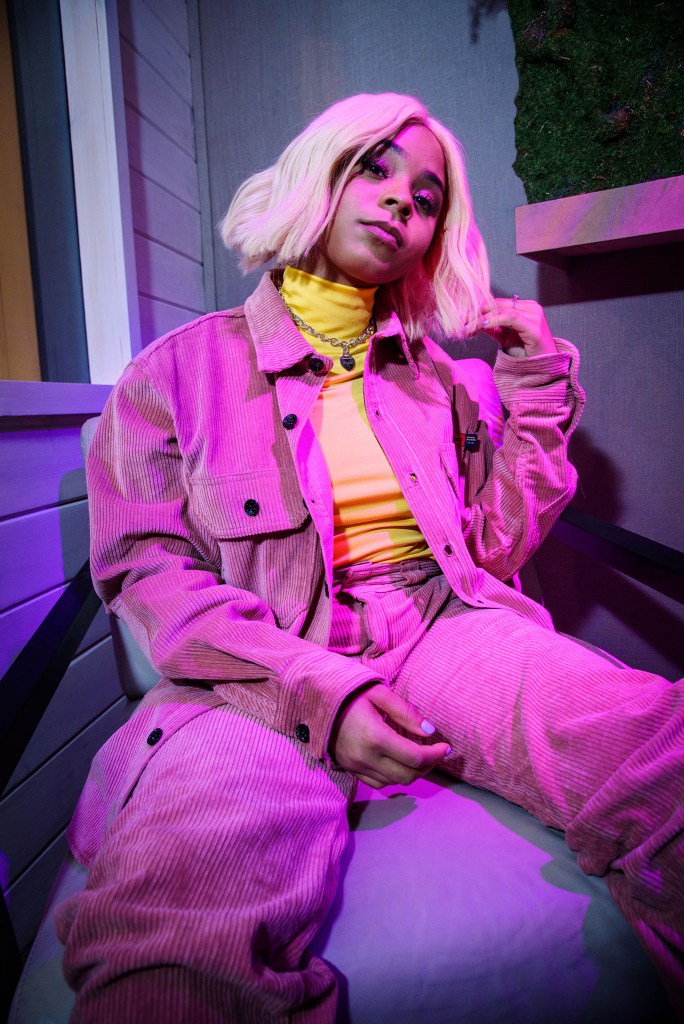 “I feel like I’m still having that conversation with this person, because we’re terrible at communicating with each other,” she says. “I’ve always been private, in general, with my relationships and my heart. I’m sensitive when it comes to those types of things. I give so much of me to everybody else, that’s one thing I’ve always been very timid about sharing. That vulnerability. But now, to reclaim that vulnerability and say there’s strength in that, and to be able to be honest with not only myself but with someone who I care about, is more important than my ego. I’ve been saying, ‘The worst thing that could happen is we’ll write a song about it.’ And that’s what happened, over and over again, until we wrote an album.”

Parx has worked on this record for more than two years. “I’ve been a workaholic since I was nine, and traveling keeps my palate cleansed,” she says, sitting in an upholstered chair in the Grey Noise Studios in Times Square. “I have to be the one that’s mentally strong for everybody else. It was a real journey to say, ‘You have to not be so focused on work all the time, get out, travel the world and meet new people who speak a different language, who’ve seen different things,’ and listen to those conversations. It transformed my entire perspective as a songwriter, and my perspective as an artist.”

Her perspective on artistry runs deep, and it might spawn from her experience working since she was young. Hailing from Dallas, Parx got her start in front of the camera — appearing in shows like “Everybody Hates Chris” and movies including “Hairspray.” (You might recognize her as the character Little Inez.) But she found writing was such a cathartic form of expression, and notes now that she sees herself stepping into different characters when she writes songs for other artists. 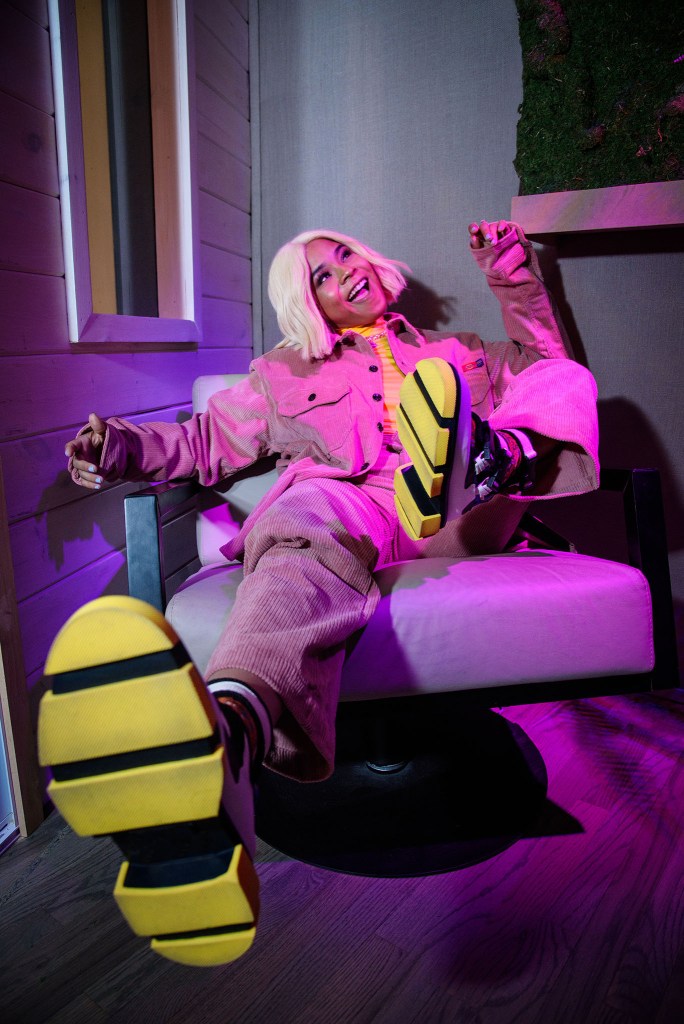 When talking about the song “7 Rings,” performed and cowritten by Grande with Parx and frequent collaborator Victoria Monét, though, Parx doesn’t assume any role — she speaks for herself. The track came under fire when listeners accused Grande of stealing lyrics and imagery for the music video from prominent black artists such as Beyoncé and 2 Chainz. The musician Princess Nokia said Grande lifted melodies, the cadence of “7 Rings” and some stanzas from her own song “Mine.”

When asked what her conversations with Grande were during that time, Parx remains open on the question of cultural appropriation. “When Lil Wayne completely took on skate culture, was he being called a culture vulture? Let’s talk about some of the artists who are now singing in Spanish but have no Latin background,” she says. “I actually was talking with Ariana specifically [about] how she’s supported African-American artists more than some African-American artists that I’ve worked with, and actually admitted that these are the people behind these incredible songs. She’s lifted up these creatives. We’re all taking from each culture, otherwise we’d sing the same song over and over. You can’t call out one person for doing what everybody’s doing. If we don’t learn from each other — reinvent, be inspired by — then the genre wouldn’t evolve. Everybody has to be inspired by something else for it to become more than the same song.

“People are sensitive right now, and for absolutely the right reasons. I definitely think there’s validity in some of the things being said, but this one is a reach. There are a lot of things going on in the world that do need to be discussed and there is a lot of cultural appropriation going on, for sure, that needs to be discussed.”

For the moment, Parx is focusing on her upcoming concert series. She’s got shows planned with Lizzo through May, and in the summer, she’ll perform at Lollapalooza. While she’s traveling, she says she will ensure to put aside time for exploration, and talk to some new characters while she’s out and about.

“I know too many artists who have toured for 10 years and finally, they’re able to see a place they’ve been to six times. I don’t want that to be me,” she says. “Now I’m meeting so many new people and having so many new conversations because I’m on a stage and I’m surrounded by thousands of people. Every conversation, for me, is inspiration.”