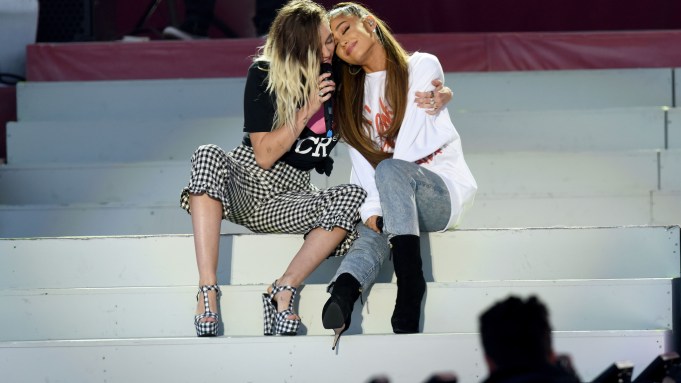 LONDON — Music proved to be powerful palliative as acts including Ariana Grande, Coldplay, Justin Bieber and Katy Perry took to the stage in Manchester, England on Sunday night for a charity concert.

The One Love Manchester concert at Old Trafford Cricket Ground took place within hours of a terrorist attack in central London that left seven dead and 48 injured. It raised more than 2 million pounds, or $2.6 million, in a few hours, with the money going toward victims of another terror attack, at Grande’s Manchester concert in May.

Security was tight ahead of the planned concert, but it did little to dampen the spirits of Miley Cyrus, Pharrell Williams, Take That and Liam Gallagher who also performed on Sunday night.

Last month in Manchester, a single suicide bomber killed 22 and injured 59 just as the Ariana Grande concert was set to finish. It was the second largest terrorist attack to hit the country after the incidents of July 2005.

In March, a single terrorist attacker mounted an attack at the Palace of Westminster and on the nearby bridge. Five people were killed and 50 injured while government buildings were on lockdown.

Ariana Grande Will Return to Manchester to Play a Benefit Concert