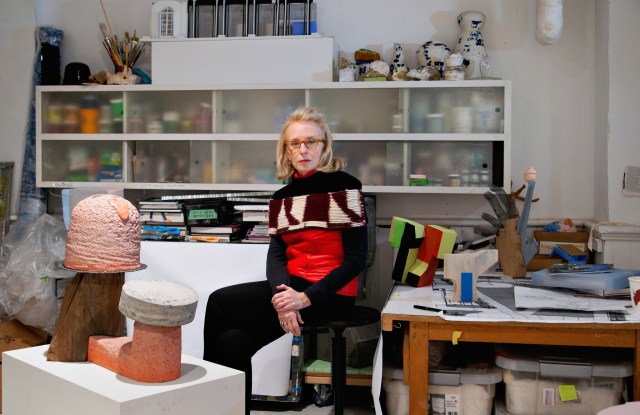 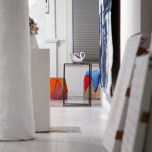 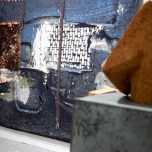 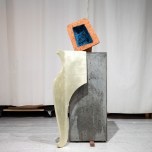 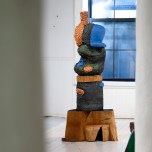 If you can’t immediately picture any of Arlene Shechet’s artwork, that’s by design.

“I have, at my peril, resisted the name-brand thing, I’ve resisted having an image that is the image that people know and it’s always available,” says Shechet from inside her art studio below street level in TriBeCa in Manhattan. Minding the particularly cold winter day, the artist is wearing a Raf Simons-era Calvin Klein capelet, knitted to appear as if was turned inside-out. “Everybody wants the thing that looks like everything else that you’ve made,” she continues. “I always thought everybody would prize originality and creativity, and then it turned out that actually people want what other people have. I guess that’s OK, too — it’s just not what I want.”

Shechet isn’t interested in creating work crafted by the market — although it would be rare to find an artist who would admit to such a thing — but more than that, she isn’t interested in a marketable narrative. She likes to make work, and structures her life around her studio and family. “That isn’t a market position. That isn’t a position that gets you ahead in any kind of art career usually,” she adds.

But so far, that approach has been working out for her. The artist, who grew up in Queens and has two studios upstate (in Kingston and Woodstock) in addition to her Manhattan one, recognizes that it’s a privilege to be able to make works that stand on their own — literally — but it’s one she’s spent an entire career working toward. 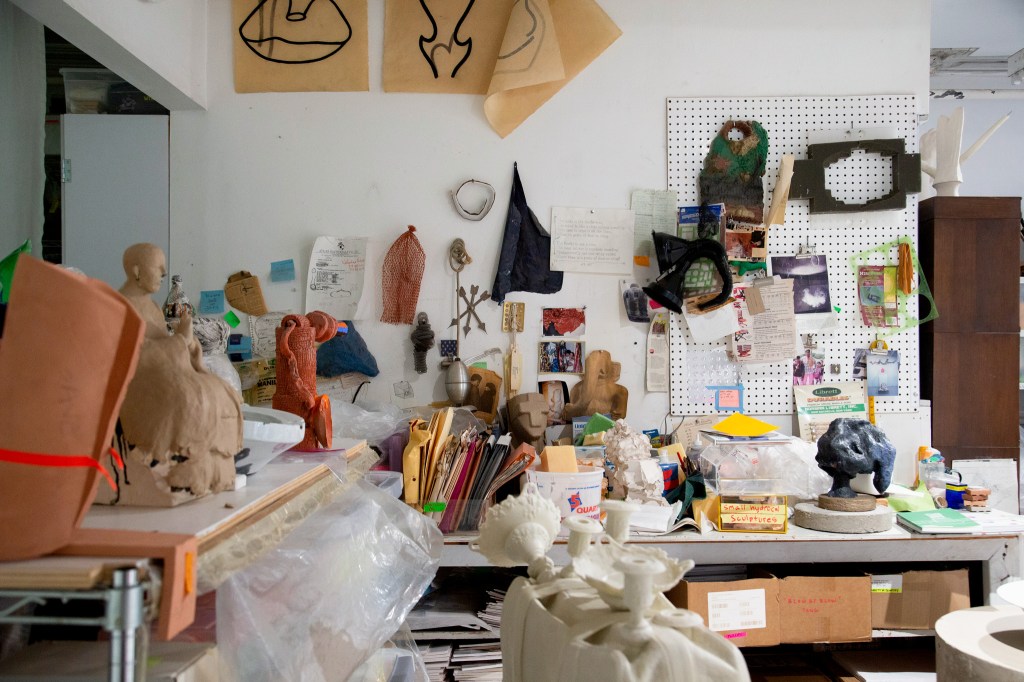 Her first solo exhibition with Pace Gallery, “Skirts,” opened in late February and features new mixed-media sculptural works in the second-floor gallery space. While she declines to describe them as a distinct collection, there are commonalities in her approach to making her pieces.

“I mean [skirts] as a verb as much as a noun,” she says, adding that she aims to keep the language attached to her work broad. “I don’t want to pin anything down, but I am speaking to being on the precipice, walking around; how sculpture is something that always hides things and requires movement in order to see the whole. The edge is very important. And then me being a woman and speaking to every version of what the female can be about, including the way that word can be used as a denigration. I like butting up against vocabulary that has a light form and a dark form,” she adds. “I’m always trying to put unlikely things together in order to deep down create something new.”

Although Shechet says her work lacks a narrative, the titles of specific pieces provide an entry point for viewers looking for context; make of them as you will: “Under cherry trees/ There are/ No Strangers,” “Altered State,” “Day In, Day Out.” At the exhibition’s opening, viewers seemed particularly mesmerized by the yellow-green hue of “Deep Dive,” composed of glazed ceramic, painted hardwood and steel. Outside on the gallery’s terrace, she installed her larger-scale work “Oomph,” a bulbous cast bronze sculpture atop a concrete cylinder base.

“Each [piece] has its own voice, each has its own piece of time, each has its own piece of my life. At the same time there’s overlap, but I don’t look to make a show that reads too consistently, because that kind of reductive understanding is what I’m not about. I’m about each thing is alive,” she says. “When I craft the pieces into a show and I decide that these dozen pieces will make the show, it’s not because I knew that before, it’s because I worked and worked on them, and they gradually started to speak to me as things that could both support one another and also undo one another. And the undoing is as important as the supporting.”

Shechet is heavily influenced by architecture and thinking about directional pull, spacing and sight lines; how those details facilitate or encourage choreography that is also dictated by the viewer.

“It creates an interactivity with the viewer if there’s a sense that there are things to find. It promotes the idea that people have to walk around or look from underneath or move,” she says. “They become through those actions participants in the sculpture…and it brings out the sense of aliveness that I’m trying to get at with these works.”

She’s fascinated by witnessing audience participation with her work. When she installed sculptures in and around the fountain at Madison Square Park (which were accompanied by a fleet of her yellow and beige tone resin stools) in late 2018, she had to peel herself away from watching people encounter and interact with the pieces.

“I love the intimacy of my works in people’s homes and I love the intimacy of a museum — to me there’s nothing better than a museum, I grew up going to museums, it’s my nature,” she says. “But then the randomness of the outdoors, outdoor sculpture where people just come upon it when they don’t expect it so they’re not seekers, they’re getting in through the back door — I feel like that’s special.”

And if some people don’t even see that back door, that’s OK.

“If my work speaks to just a few people in my life, then that’s fine, too,” she says. “Every creative pursuit involves risks, otherwise the rewards wouldn’t be so great. It’s really the risk-taking aspect of doing these practices that make it exciting and wonderful.” 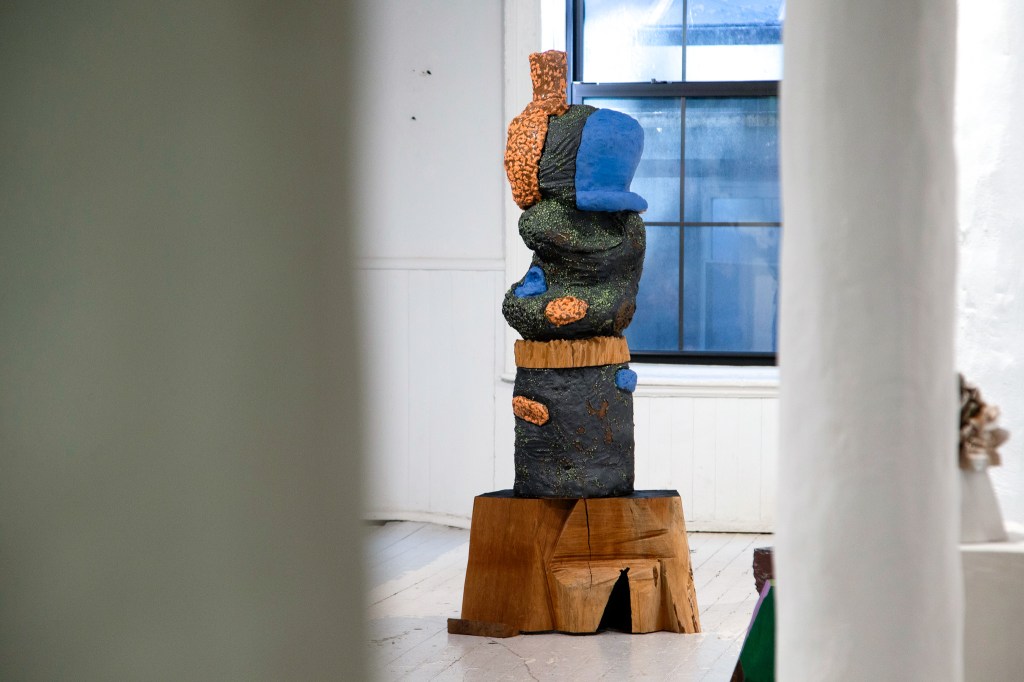