Naomi Campbell made quite an entrance with her Russian billionaire boyfriend at L’Uomo Vogue party held at Francois Pinault’s Palazzo Grassi. 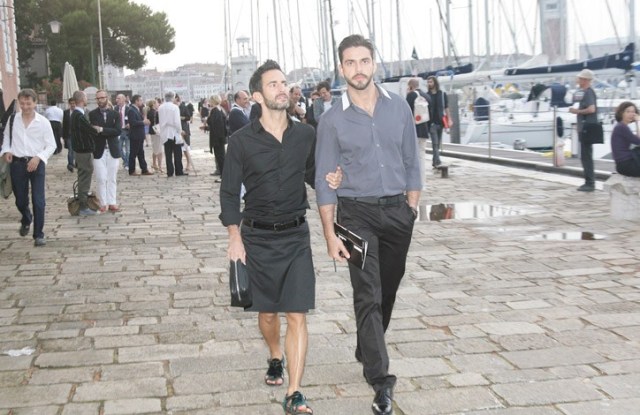 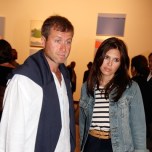 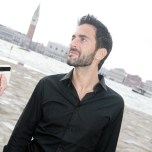 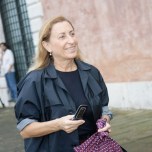 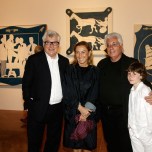 VENICE — Stepping into the John Wesley exhibition staged by Fondazione Prada in Venice on Friday, Diesel chief Renzo Rosso said he wanted “to know more about art,” and “full immersion” for him was the way to do it. And what better place than the Biennale? Once again, Miuccia Prada, a hardcore art collector and expert, left her designer persona at home and reveled in the company of her non-fashion friends, from Rem Koolhaas to Francesco Vezzoli. Prada described Wesley as “a complex artist, who’s been somewhat caught in between pop and minimalism, but he has a sensitivity that is very contemporary.”

Fondazione Prada’s own art space in Milan will be ready in three or four years, said curator Germano Celant. “We’ve finally got the permits all sorted out,” said the designer’s husband, Patrizio Bertelli.

Marc Jacobs, on the arm of his fiancé, Lorenzo Martone, braved the rain and windy weather wearing a skirt — hardly a first for the designer, but it caused a few Venetians to do a double take. “But why? After all, skirts are so much like shorts,” said Jacobs, waving the question away with a big smile.