Art galleries worldwide may have shut, but the shows go on thanks to quick-thinking gallerists and artists willing to take risks.

An image from the Georgie Hopton & Gary Hume show, "Hurricanes Hardly Ever Happen," at Lyndsey Ingram.

LONDON — In the age of lockdown, it’s not only shop floors and offices that have gone dark. Paintings are hanging in lonely galleries, pictures worth tens of thousands of dollars are stuck at the framers and artwork — much of which travels as freight on commercial flights — is now, in many cases, too expensive to transport.

Right now, on Bourdon Street in London’s Mayfair, there’s a unique show on, featuring complementary works by the married artists Georgie Hopton and Gary Hume. Hopton and Hume have been together for nearly three decades, but this is their first joint show, and it was curated by Hopton. It’s a mix of her photography and mixed-media work, inspired by vegetable gardens and nature, and his spindly charcoal drawings, colorful, graphic designs and collages.

The show opened at Lyndsey Ingram in London, had a moment at The Armory in New York, and then had to close when the British government announced lockdown measures last month. Gallerist Ingram wasn’t going to let COVID-19 meddle with her plans, though, so she reopened the aptly named “Hurricanes Hardly Ever Happen” as an online show, and continued to sell, as if nothing had happened.

One of the YBAs who gained international fame in the Nineties (thanks largely to the super-collector and gallerist Charles Saatchi), Hume is more famous than Hopton, and his work is more expensive than hers, but that disparity never got in the way of their marriage. “She’s done the whole ride with him,” says Ingram in a telephone interview. “I’m not sure all artist couples could have partaken in this exercise, but they are particularly supportive of each other, almost on a soul level.”

For the show, Hopton went through 30 years of Hume’s drawings and works on paper, which had never been shown before, chose what she liked, then went to her own archive and matched them. “They work from separate studios, have separate practices. It’s a completely subconscious dialogue” between them, says Ingram of the couple’s work. “We sold a lot of things in pairs, so people did connect to the conversation, the idea of dialogue.” 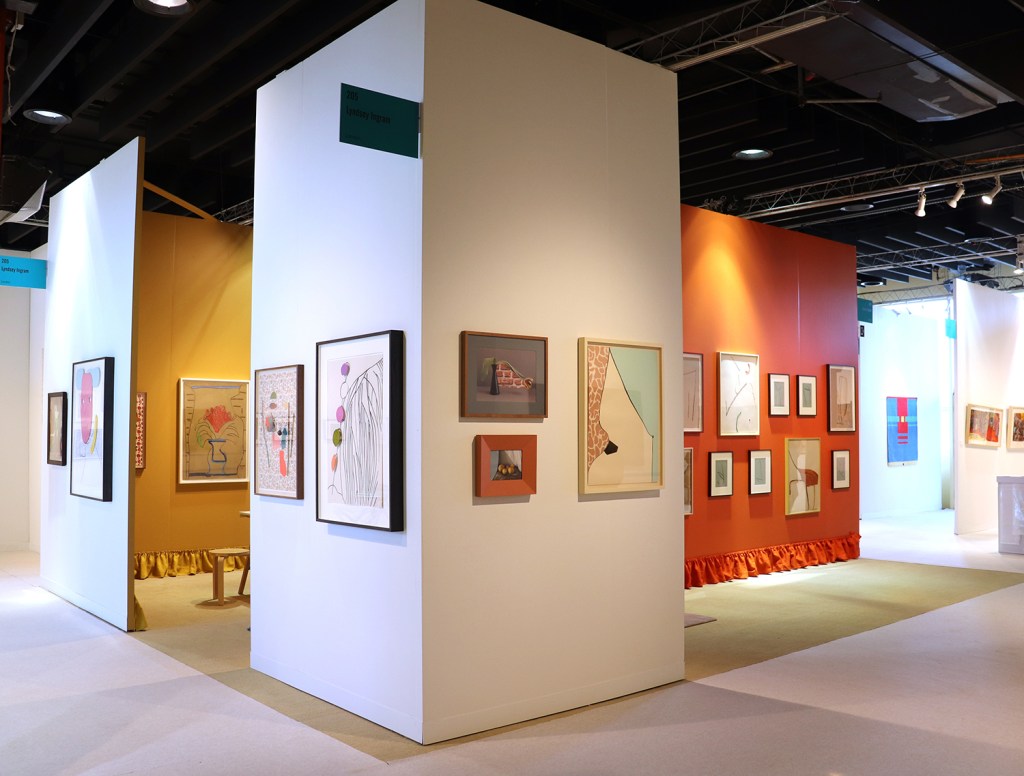 Before she locked up the gallery, Ingram says she consulted with Hopton and quickly had the show filmed. Then, “as things started to fall like dominos,” she had to think about what to do with the new body of work her other artists had prepared for the upcoming art fairs — all of which have been canceled or postponed until the fall.

“I had all these artists with all this work that needed to be shown, and spent a very difficult weekend having extensive conversations with them asking, ‘Would you rather just park the work, and no one sees it until life starts again?’ or, ‘Are you happy to do a virtual show?’ I asked them what their priorities were, and almost all the artists were happy to go ahead and show their work to as many eyes as possible,” she says.

The situation is similar to the one fashion designers are facing right now, with the British Fashion Council planning a series of virtual events in place of the June men’s runway shows, and no visibility yet on when schedules will return to normal. 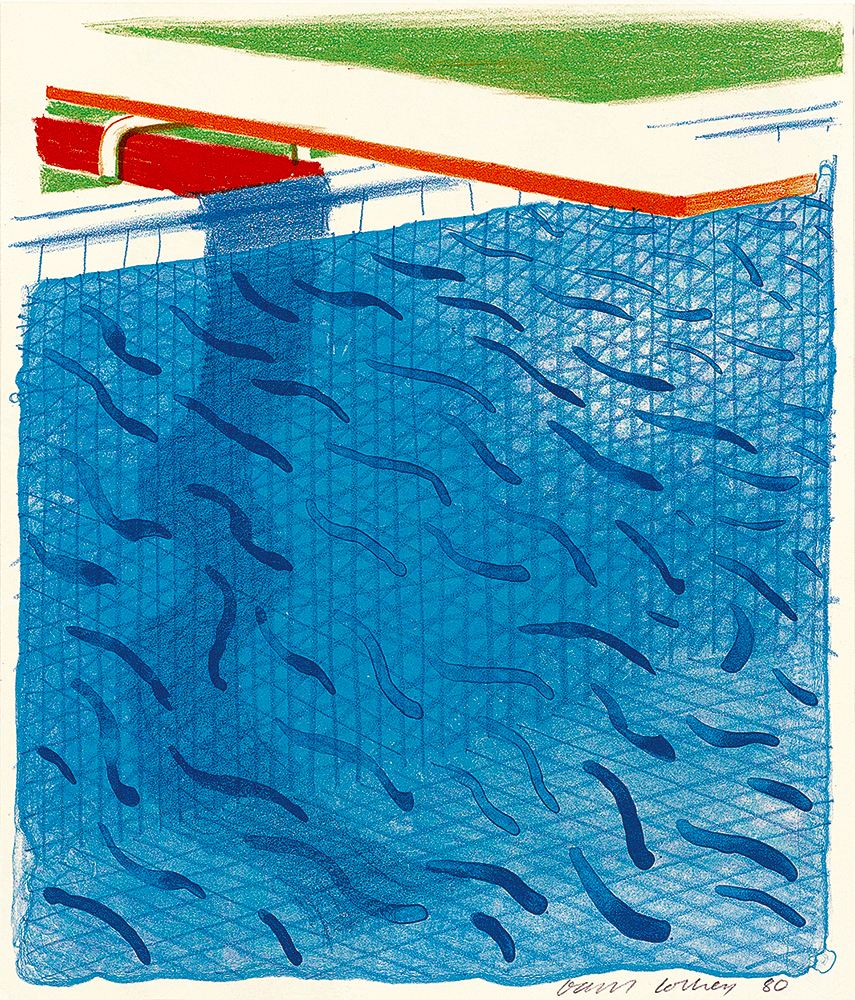 David Hockney’s “Pool Made With Paper and Blue Ink for Book,” 1980.  Krause & Johansen

“We learned a lot really quickly. And I liked the way the shows were being presented online. I liked the idea that you can add in auxiliary things, like text and documents. And you can do virtual catalogues, too,” she says. “It’s a very good exercise for me and my colleagues in terms of creating content. Before, we’d just invite people to dinners, they’d come to the gallery, we’d have conversations and sit around. But we can’t do that anymore.”

Ingram says she let the artists choose how they wanted their work to be seen.

“They have very different ideas about how they want to be represented in video. Georgie specifically wanted no sound, and she wanted there to be panned-out shots because that show’s all about pairs, about couples. Also, Georgie’s work is very quiet, very intimate, and I think the [online] presentation reflects that. If we were working with street artists, there might be hip-hop in the background, and lots of flashing images. It’s about getting the tone right.”

Ingram’s gallery now has a lineup of two-week, virtual exhibitions that will run through the beginning of June, featuring the artists Tom Hammick, David Hockney, Suzy Murphy and Sarah Graham. Each will have a different look: Murphy’s will show her in the studio, and there will be music and voiceover. Hammick’s will feature his tech gadgets, his own voice and lots of close-ups of his work.

Who knows? This could even signal the start of a new genre, a mix of interactive exhibition, film, and documentary and set a template for fashion designers who are looking for ways to draw out the details of their work, and to capture the pulse of the runway shows. 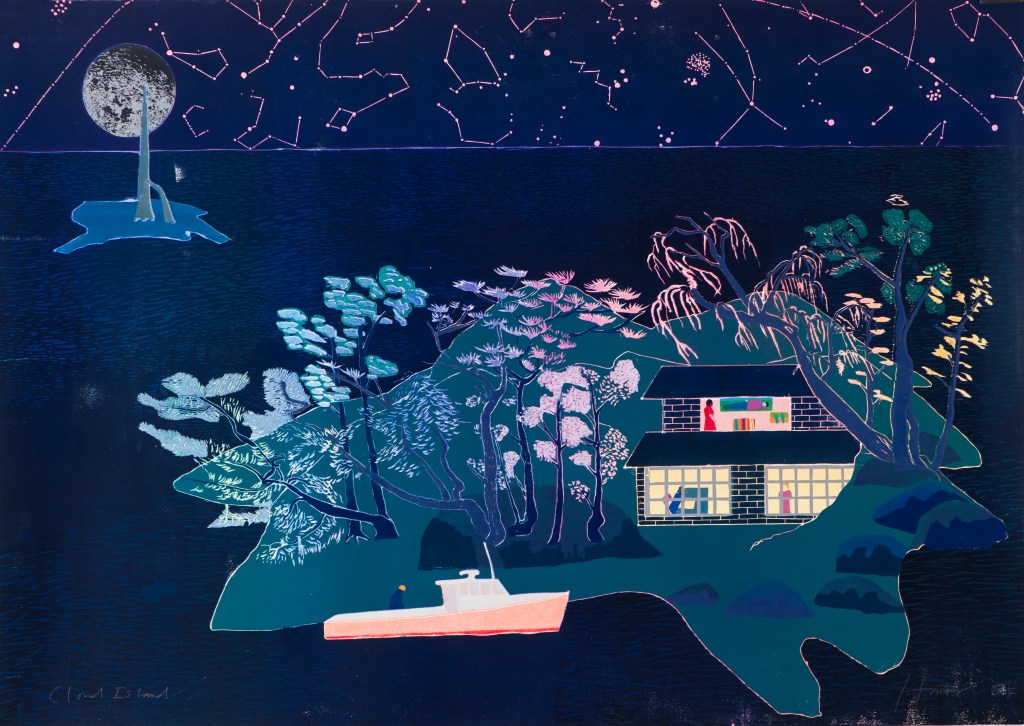 Ingram says she and her team also spent “a very focused 10 days” calling on the gallery’s digital resources, leveraging the database and making rapid decisions about what technology to use.

“You have to make sure that the technology is supporting your agenda. You don’t want glitchy sites that are going to crash, or things that are too complicated, or require too much input from people. You’ve got to be really neat and easy and quick. The good news is that when life starts — and it will start again — this is just another string in our bow.”

The same can happen in fashion, she believes. “Designers can figure out how to have a virtual catwalk, or presentation. And when they go back to presenting in the way they used to, they can also do it virtually. And the audience just gets that much wider,” she says.

Ingram is still testing the marketing angle: The gallery refreshes its Instagram once a day and, so far, she and her team have been writing individually to people who have an interest in a particular artist or work. In some cases she’s offering — and selling — works earlier than originally planned.

Since the lockdown, demand has been mixed. Ingram points to the example of a Hockney collector who bought a piece costing 5,000 pounds. “Had it been under different circumstances, he would have bought the 60,000 pound piece. But we all know that spending isn’t about how much you have. It’s about how good you feel,” she says. 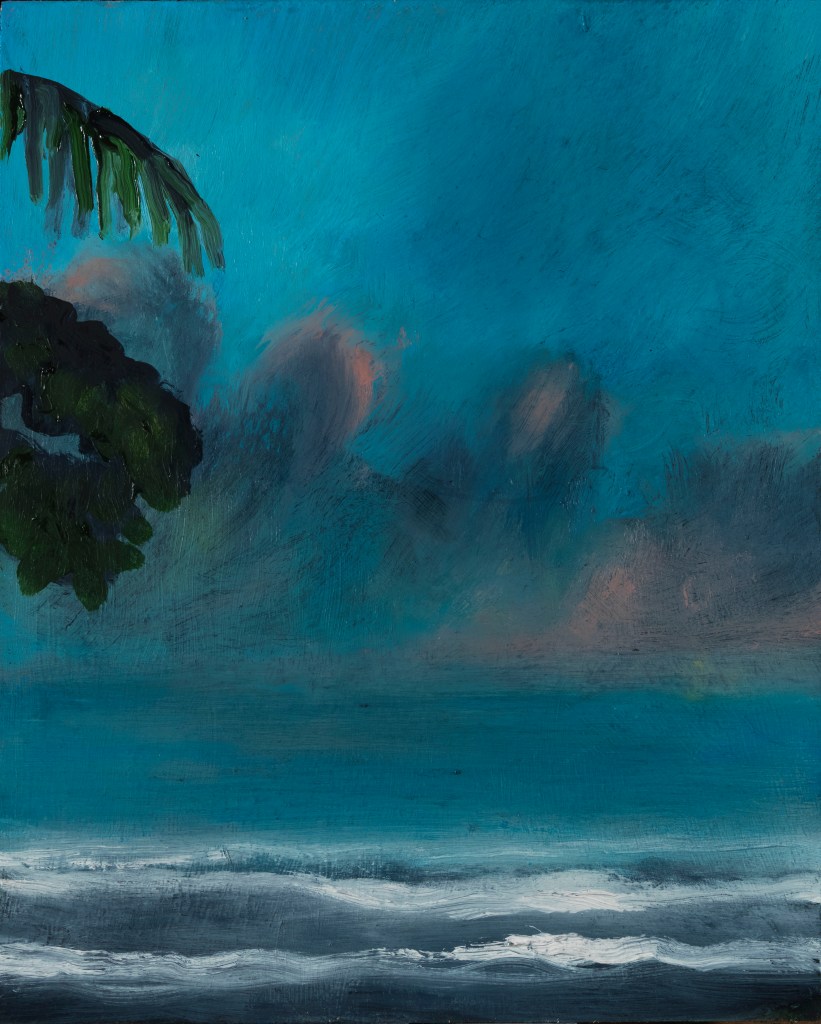 Suzy Murphy’s “The Sound of Waves,” 2020.  Courtesy of Lyndsey Ingram

Asked about the future, Ingram says: “How excited are people going to be about luxury acquisitions? I think it’s going to take a little while.”

The gallery’s upcoming shows celebrate the outdoors and the idea of escape, and offer glimpses of everyday home interiors. None of it, however, was created for an audience under quarantine. That’s just a coincidence.

Hammick’s show, “Atlantica,” which opens on April 13, shows boats, like paper cutouts, streaking across the water, past small islands or under big moons, while Hockney’s prints, which go on show April 27, are a collection of sparkly swimming pools, hats, flower pots, vases and eyeglasses.

Suzy Murphy’s bright, smudgy oil paintings of drooping palm trees against blue skies and water form part of her “Harbour Island” show, while Graham’s lush, unfurling flowers morphing into butterflies are a reminder that nature, at least, is not in lockdown. 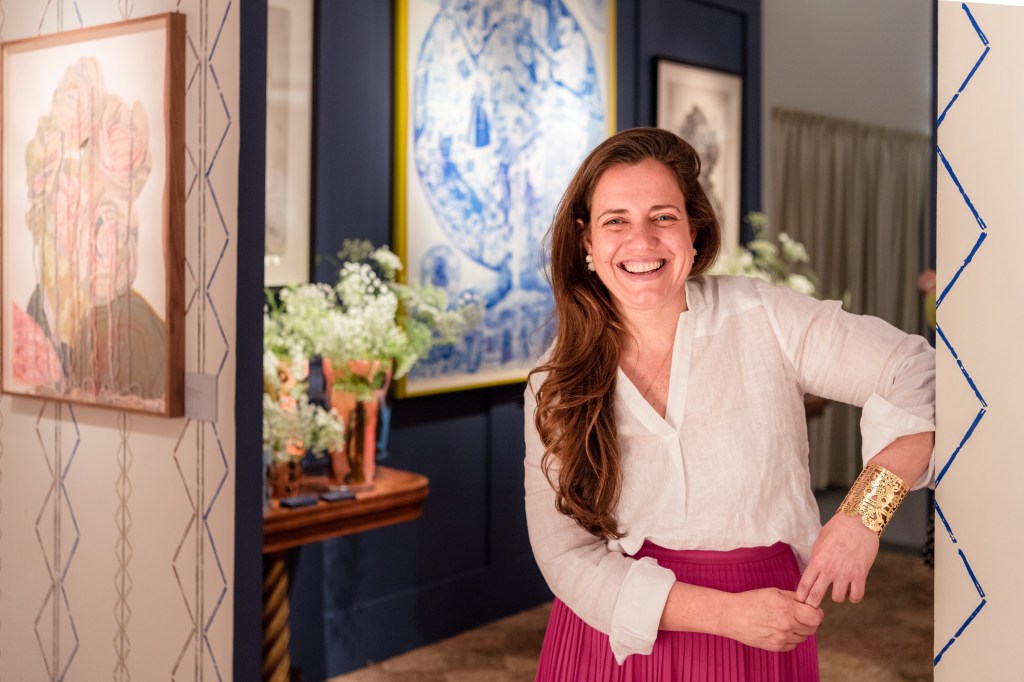