Young art lovers gathered for the sixth annual Mid Winter Gala at the de Young Museum, which celebrated the opening of the “Warhol Live” exhibit. 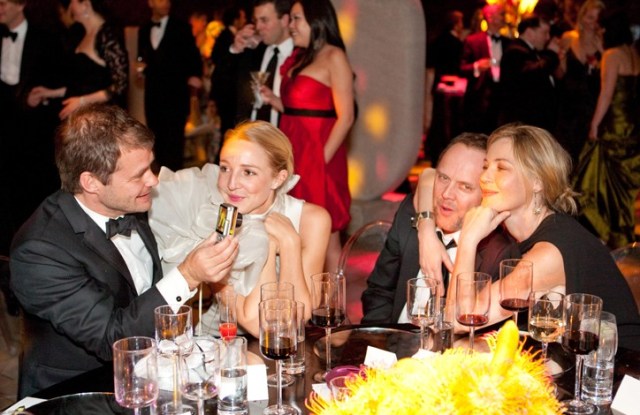 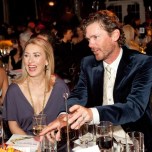 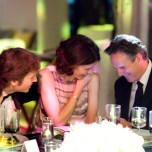 Last weekend, young art lovers gathered for the sixth annual Mid Winter Gala at the de Young Museum, which celebrated the opening of the “Warhol Live” exhibit and was co-sponsored by Bulgari. Though the event was a success, it almost didn’t happen, revealed chair Trevor Traina.

“Everyone said no one would come, we should cancel, that we’d never pull it off,” he said. But Traina’s obviously picked up a few fundraising tricks from his mom, Bay area doyenne Dede Wilsey. It was far from empty—instead, a crowd of 300 showed up and raised a grand total of $325,000 for the Fine Arts Museums of San Francisco.

Some guests took the Warhol theme to heart in ways that the artist himself would surely have appreciated. “Andy always wore paint-spattered sneakers to art openings,” explained jewelry designer Ricky Serbin, who donned monogrammed Gucci loafers in tribute.

There was also an appearance by Suzanne Saperstein, who was in town to scout a space for her dance studio, Balliamos, and to catch up with Denise Hale. Meanwhile, the tireless chef Thomas Keller took a break from the French Laundry to accompany his fiancée Laura Cunningham. Also mingling were Kelly and Don Johnson, Alexis Traina, Kate Harbin, Shannon Bavaro, Vanessa and Billy Getty and Connie Nielsen and Lars Ulrich.