Ashley Park Knows ‘Emily in Paris’ Was Her Destiny

The Broadway actress on the series of fateful encounters that led her to Paris for the highly anticipated new Netflix series.

Ashley Park usually finds it tacky to look at scripts on the train, but this one time, luckily enough, she made an exception. She was en route to her audition for “Emily in Paris,” the new Netflix show from Darren Star, on her lunch break in the middle of a concert at Lincoln Center Theater, and was running short on time. She was dressed in one of her go-to outfits — black Spanx leggings, a blush hat and a yellow corduroy jacket, and the outfit caught the eye of Erica Guzman, an assistant of Patricia Field who happened to be on the exact same train, lugging Doc Marten boots to a fitting with Lily Collins. Guzman took a photo of Park on her phone and sent it to Field as inspiration for Mindy, the last character yet to be cast in “Emily in Paris.” Mindy, it just so happens, was the role Park was on her way to audition for — and, of course, would land.

Thus began the whirlwind ride of “Emily in Paris” for Park, a longtime Broadway actress who stars alongside series lead Collins in the new show, out today, about an American p.r. professional who is transferred to Paris for a year, from the hit-making team of Star and Field. 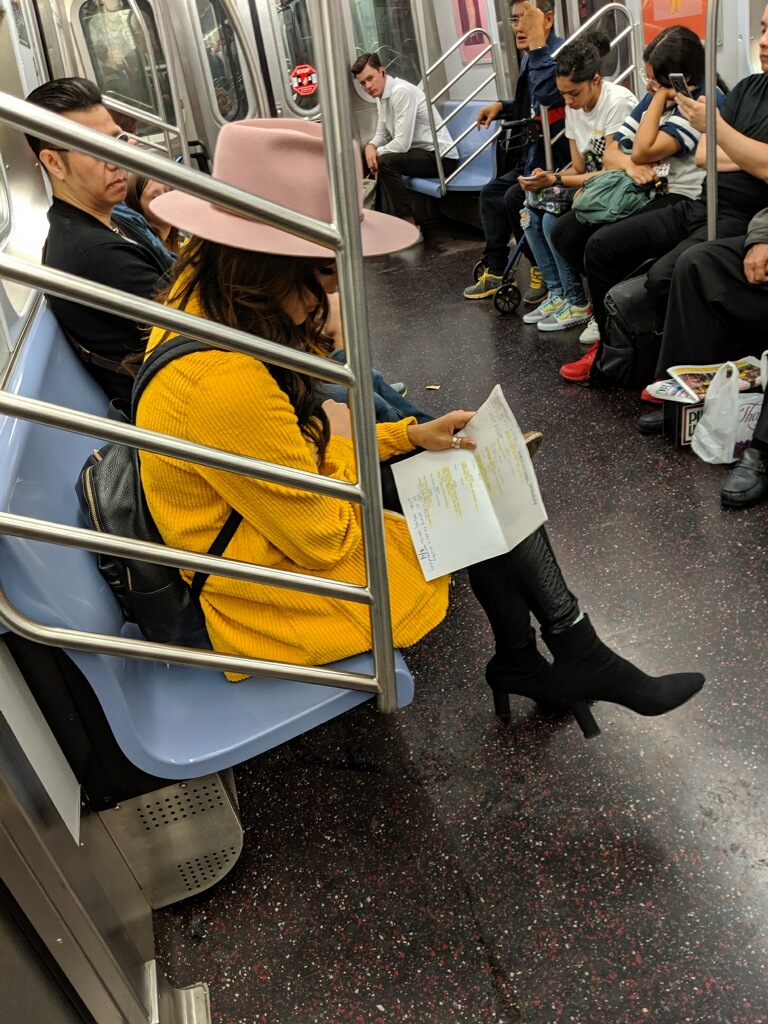 The photo taken of Ashley Park by Erica Guzman, Patricia Field’s assistant, as she was on her way to her audition.  Courtesy of Erica Guzman

Park, who is best known for her role as Gretchen Wieners in the Broadway production of “Mean Girls,” was gearing up to head to Williamstown, Mass., for the out-of-town production of her Broadway play “Grand Horizons” when she received word of “Emily in Paris.”

“As an actor, you go on so many auditions, but it was one of those things where you’re just like, ‘Oh God, it would be so awesome to get this.’ But then I read the scene and it was one of those — and I’ve only had this happen a couple of times, maybe with Gretchen Wieners — where I read the scene and it was almost I was memorized already,” Park says. “I felt so genuinely in tune with the thought process of the character. I’m never like, ‘Oh, this one’s my part. I’m going to get this part. I’m going to do that.’ But I remember after auditioning going off to do this play and I talked to my mom on the phone and was like, ‘I think I’m going to be moving to Paris.’”

Park, who was born in Glendale, Calif., and raised in Ann Arbor, Mich., was involved in as many performing arts as she could get her hands on as a kid, but always viewed acting, singing and dancing as something one did as a hobby, not in a serious way. When she was in high school she was diagnosed with cancer, which changed her entire perspective.

“After that, I was kind of like, ‘Oh, I’m going to do this,’” she says. “‘This is where I find my joy. I loved playing characters in that way.’ And that’s how I found myself into the musical theater world.” 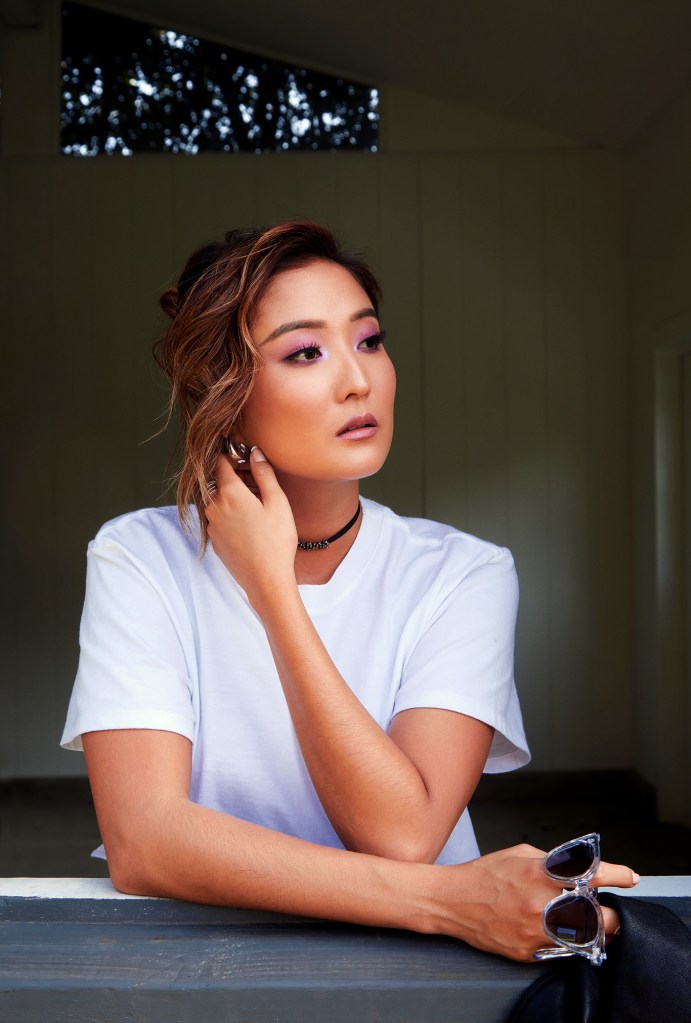 Despite loving Broadway (she was supposed to helm a reproduction of “Thoroughly Modern Millie” this spring, before it was canceled due to the pandemic), Park was eager to try a screen role in which she could give her full attention.

“The last two TV shows I had done were while I was in a show. I never got a chance to give a TV show my 100,” Park says. “I really am a believer that it’s hard to move on in life, whether it be love or growing up or home or anything or jobs, if you’re not open to the universe of the next thing. I’m very spontaneous, but I get very attached and nostalgic. I was like, I love ‘Mean Girls.’ I love my life here. Why would I leave? And I’m very grateful to my agents and my team for being like, Listen, you’ve given that show your heart and your all in a way that even if you’re enjoying yourself still, as an artist now, what do you want to do? I’m so glad that I understand myself enough and the process enough to know what to be grateful for in this ‘Emily in Paris’ experience.”

Park was in Italy on vacation with a friend when she booked “Emily,” and flew straight there — same suitcase and all. She calls the three-plus months of living in the French city nothing short of a dream.

“Literally, me and Lily were constantly just, like, this is like a play date. I don’t know what to say,” Park says. “I was just experiencing travel and life and womanhood and all of this stuff at the same time as my character in this new place where I knew nobody and making a home for myself there and it’s exactly what she was doing. And so it was 100 percent a dream.”