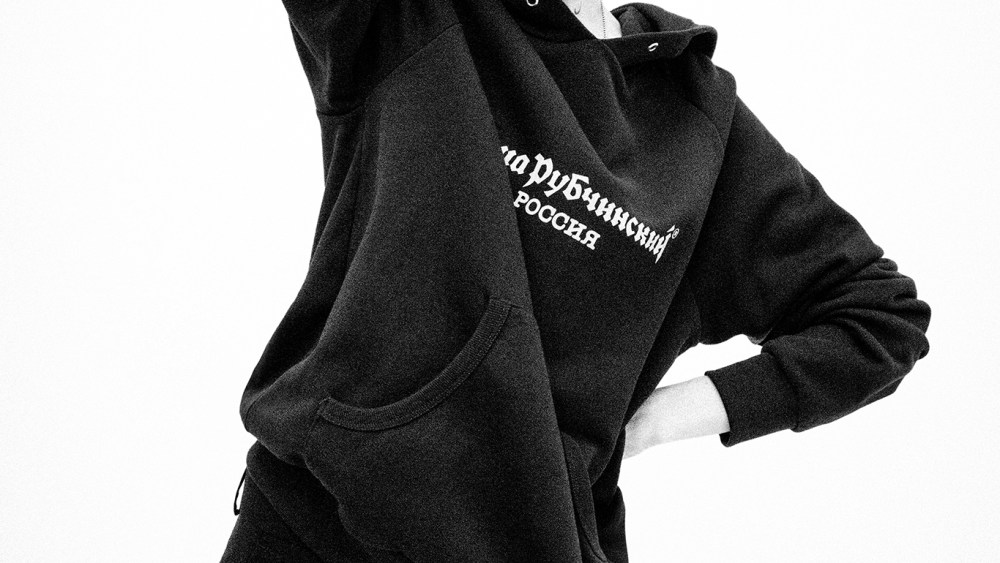 “Hello, I’m Taylor; my pronouns are they, theirs and them.”

This overt declaration of gender identity introduced Taylor Mason, a whip-smart intern to Damian Lewis’ Bobby Axelrod on the hedge fund drama “Billions.” The statement on the show’s season two premiere in January 2016 marked a moment — the casting of Taylor, played by Asia Kate Dillon, was the first time in television history a gender non-binary character was being portrayed by a gender non-binary actor.

Since then, Dillon — who, like Taylor, uses they/them/their pronouns — has been thrust into the forefront of a widespread discussion on gender identity and presentation as it pertains to culture, cinema and fashion.

Dillon, 32, has been acting consistently since a kindergarten play in their native Ithaca, N.Y. “I don’t ever remember a time when it wasn’t something I knew I was supposed to be doing — when I didn’t understand that performing was the way in which I was going to make my mark,” they say. “I remember specifically a couple of performances that I saw when I was young — River Phoenix in ‘Stand by Me’ and also Michael Jackson, in particular his ability to command such power and love while maintaining such deep vulnerability. It really moved my soul from a very young age.”

The “Billions” role comes following a minor part on “Orange Is the New Black,” as a woman in the prison’s “white pride movement,” which will be revived when the show returns on June 9. But while the Netflix show is a cultural behemoth in its own right, it’s the role in “Billions” that changed the game for Dillon — both professionally and, more importantly, personally, giving them the identification they had always sought.

“When I read the breakdown for Taylor and it said ‘female non-binary,’ and I looked up those words, I had a light-bulb moment,” Dillon says. “For the first time, I understood that gender identity and assigned sex are two different things. And sometimes they conform and sometimes they don’t. Up until that moment I hadn’t understood that I could’ve been assigned female at birth, but that didn’t automatically make me a girl or a woman. And that light-bulb moment was really extraordinary and very freeing.”

Though the terminology was unfamiliar, the notion was something Dillon had grappled with their whole life. “Honestly, from a very young age, before I had the language really — anywhere that I encountered binary, whether it was in clothing or in toys or in media, it always made me uncomfortable,” they say.

In early April, when Showtime went to submit Dillon’s name for Emmy consideration, their choice to be listed as an actor, not an actress, drew attention — and overwhelming praise. On May 7, Dillon was a presenter at the MTV Movie and TV Awards, where for the first time awards were given out in categories not limited to gender.

“I think the impact is almost unquantifiable — I would say that from what I’ve seen, the impact is international and it’s allowing people who may inherently feel that they don’t have any understanding or ability to engage in conversations when it comes to gender identity,” Dillon says of their sudden ascendance to the spotlight, at the hands of Taylor. “When you see white, cisgendered, heterosexual men having conversations about gender identity where they go, ‘Oh, those are your pronouns? OK great, let’s get back to work,’ it allows other people to say, ‘Maybe if they can do it, I can do it.’”

Dillon admits to spending a lot of time answering questions about gender (and reassuring people as they stumble over pronouns), but “I’m so grateful to be doing it,” they say. “Honestly, these are the conversations that I’ve been having with my friends, family — not just about gender identity, but when it comes to any sort of disenfranchised or marginalized community. That’s what I want to be talking about with anyone that I encounter.”

On the show, as in the real world, gender non-binary identity is presented sartorially through mostly masculine clothing; when “gender neutral” clothing is the goal, that almost always manifests as loose-fitting, masculine-derived pieces. While that’s a start, it still is problematic and limiting. The separation of gender from clothing is far from achieved.

“It’s still groundbreaking when we have someone who was assigned female at birth, whether they identify as a woman or not, wearing a suit on a red carpet,” Dillon says. “We still go, ‘Bravo for pushing the boundaries.’ But if we had someone who is assigned male at birth — whether they identify as non-binary or not — if they wear a dress or a skirt or a little bit of makeup, those people are ostracized.”

The recent influx of gender neutral clothing is a start, but not without its own set of constrictions. “Gender neutral clothing is often, for lack of a better term, bags on bags,” Dillon says. “A baggy shirt with baggy pants, that sort of erases any individuality, as opposed to enhancing it. I think that fashion is moving in that direction already anyways. I enjoy mixing hard and soft, masculine and feminine, finding those gray areas. But for me, if it’s comfortable I’ll wear it. And I’ve been comfortable in 6-inch heels before, if you can believe it or not.”