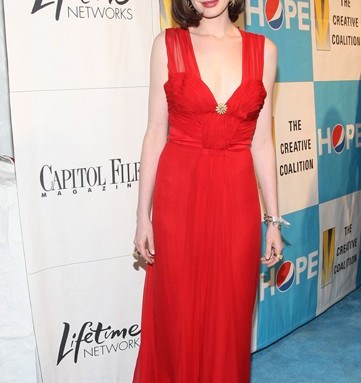 Much at the inauguration was momentous without exactly being fun. It was partly the traffic, which was worse than Oscar week and the Democratic National Convention combined. Then there were the arctic temperatures, the taxi drivers-cum-extortionists and the lines at the parties, which snaked down the street. Not to mention the awareness that the moment would soon be over, and America would still be in the worst economic shape of the last several decades. In a way, it was kind of like going dancing on a Sunday night when you have midterms Monday morning.

Still, the Neighborhood Ball, for those lucky enough to attend (or catch it on TV), was pretty great. Will.i.am, Mary J Blige, Maroon 5, Mariah Carey, Beyoncé (in $500,000 platinum diamond earrings by Lorraine Schwartz), Alicia Keys, Shakira, Faith Hill, Sting and Stevie Wonder all serenaded the President, who got down on stage to “Signed, Sealed, Delivered” — one of 10 times Barack Obama would dance with his wife Michelle on stage that night. If it felt repetitive, it didn’t show. “That’s what you call old school,” he told the cheering crowd at the Youth Ball.

Though the coalition bills itself as “nonpartisan,” its liberal Hollywood leanings were fairly obvious. Asked how she felt watching the inauguration that morning, Hathaway said, “It’s been eight years that I’ve had a difficult relationship with the idea of America. I felt relief that I had a chance to be a part of an America that I love.”

Upstairs Elvis Costello and Sting performed, though the latter was a little anticlimactic given that he’d already performed “Brand New Day” at the Neighborhood Ball earlier that night and at the Huffington Post ball on Monday.

Over at the Human Rights Campaign’s Out for Equality inaugural ball, a crush of revelers boogied the night away to Rufus Wainwright, Catie Curtis, Thelma Houston, Cyndi Lauper and Melissa Etheridge.

Meanwhile, Desirée Rogers, former Secretary of Commerce Bill Daley and his girlfriend Bernie Keller hung out at the Four Seasons, command central this week for Obama’s Chicago mafia, while lobbyists Tony and Heather Podesta’s inaugural parade party at Tosca restaurant was a little more low key. Dr. Ruth Westheimer showed up, and was happy to give some advice to the Obamas on how to live together again after years of him being on the road: “Make the best out of it,” she said.