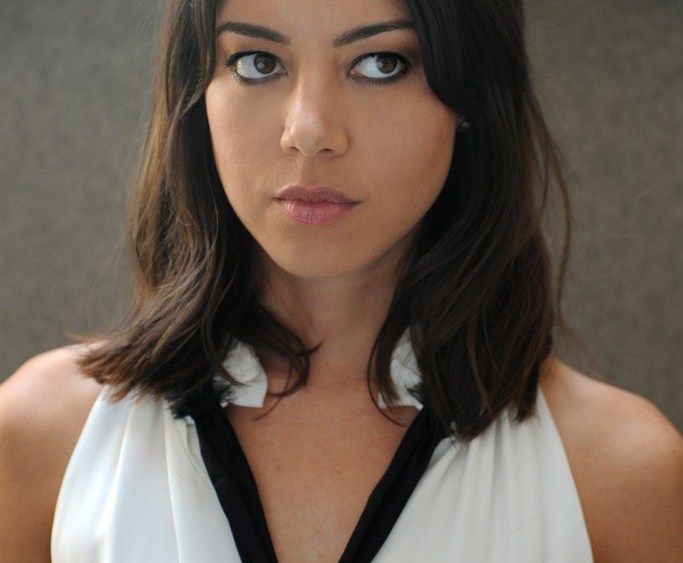 Aubrey Plaza has earned a following for playing sardonic city hall assistant April Ludgate on “Parks and Recreation,” but she hopes her first leading film role, in the Sundance hit “Safety Not Guaranteed,” which is now playing in limited release, will be a great leap forward.

“I was looking to do something that allowed me to break out of the sarcastic, deadpan comfort zone,” she explains over iced tea and chicken fingers at the Hotel Amarano in Burbank, Calif., after filming a spot on “The Tonight Show.” It also didn’t hurt that writer Derek Connolly penned the part of Darius — a magazine intern who answers an oddball man’s ad for a time travel partner — for Plaza after seeing her in Judd Apatow’s “Funny People.”

“No one’s ever done that for me before, and he created characters who felt like real people,” she says. “You can’t really place Darius and Kenneth [Mark Duplass] into stereotypes like the dork falling for the popular girl. They’re just people who have issues who fall in love.”

The next 12 months should bode well for the 27-year-old Delaware native, who filmed five films back-to-back last year.

“At the end of it, I got pneumonia, actually. I worked myself until I was hospitalized, which is how I like to do it. I like to just blow it out until I’m almost dead,” she says with that trademark deader-than-deadpan delivery.

She also has the lead in the comedy “The To Do List,” due next year, in which a Type-A overachiever attempts to cross everything off her sexual checklist before heading to college.

“It’s very dirty,” says Plaza of the movie, which also stars Bill Hader, Andy Samberg, Christopher Mintz-Plasse, Rachel Bilson and Alia Shawkat. “I’m awkward enough as it is, and I haven’t done a lot of sex scenes, but in this movie, I really get it all out,” she laughs.

Also in the pipeline are the high school reunion comedy “Ten Year” with Channing Tatum, Justin Long, Kate Mara, Ari Graynor and Rosario Dawson, and “A Glimpse Inside the Mind of Charles Swan III,” in which she plays the assistant to Charlie Sheen’s man with a midlife crisis.

She’s also at work on a number of scripts which she might like to direct someday (she studied writing and directing at New York University’s Tisch School for the Arts), and heads to Romania this month to film “The Necessary Death of Charlie Countryman,” with Shia LaBeouf and Evan Rachel Wood.

When she’s not working, Plaza makes her home in Los Feliz, Calif., where she hosts the occasional viewing party for Food Network’s “Sweet Genius.” But her guilty pleasure is Oxygen’s “Bad Girls Club.”

Says Plaza, “They get a bunch of them in one house, and the only rule is they can’t punch each other in the face. There’s no prize, it’s just who can be the ringleader. It’s pretty brilliant.”