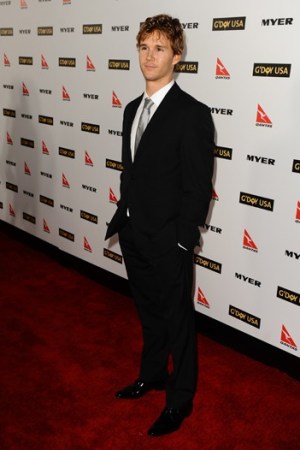 Australia celebrated its own actors and designers at the G’Day USA 2010 Black Tie Gala at Hollywood & Highland’s Grand Ballroom.

“I met my guy here five years ago,” said Nicole Kidman of the event, during which she broke into song with husband Keith Urban, performing, “From the Land Down Under” to introduce honoree Simon Baker. “He was a typical Australian surf boy. And now at 40, he has it all. And they [he wife Rebecca Rigg] throw great parties!”