The actor, who beat out much of hotshot Hollywood for the part of Elvis in Baz Luhrmann’s upcoming film, readies for the spotlight with "Once Upon a Time in Hollywood."

Back in early June, when he was in town doing press for his two summer movies — Jim Jarmusch’s “The Dead Don’t Die” and Quentin Tarantino’s “Once Upon a Time in Hollywood” — Austin Butler hinted at another reason for his time in New York.

“Initially I was coming out to meet with a director, a hero of mine,” he said then, knowing he was being coy. “And so we’ve been sort of working together for the last month. I have signed an NDA, so I can’t talk about it at all, but yeah.”

It’s not unusual for an actor to mention a project that is in the works that they can’t quite discuss yet, but it’s less usual when the role is one of the most coveted and talked-about parts floating around.

The news came last week that Butler beat out just about every other hotshot young face in Hollywood to play Elvis Presley in Baz Luhrmann’s upcoming, yet-to-be-titled film about The King, solidifying him as proper A-list in waiting.

The 27-year-old already looks the part of leading man. Dressed in head-to-toe The Row, he comes complete with movie-star hair and the ability to make you feel like you have his utmost attention when speaking to him. In other words, he’s charming, he’s handsome and, according to the Tarantinos and Luhrmanns of the world, he sure can act. 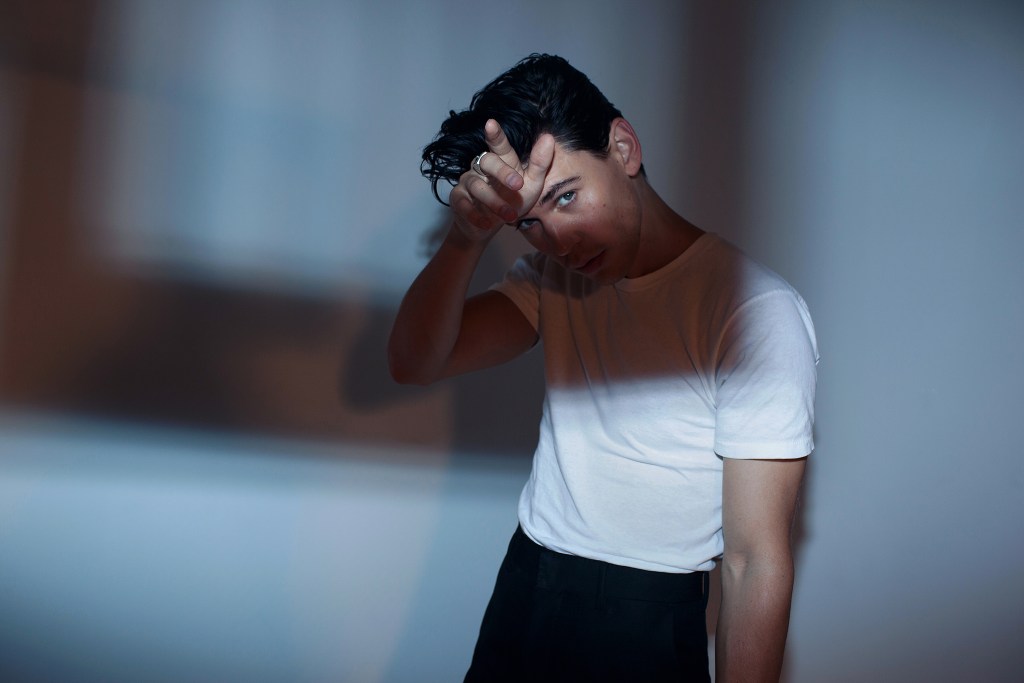 Butler, who grew up in Anaheim, Calif. — “home of Jeff Buckley and Disneyland” — became bicoastal last year when he and longtime girlfriend Vanessa Hudgens got an apartment in New York, when he made his Broadway debut in “The Iceman Cometh.”

While in production with the show, he booked both the Jarmusch and Tarantino jobs, within a week of one another. In “The Dead Don’t Die,” which came out last month, he has a relatively smaller role — “I don’t want to tout this like I’m in this huge role or anything” — but the excitement came from wanting to work with Jarmusch, as well as the cast of Bill Murray, Adam Driver and Chloë Sevigny.

With Tarantino, whose film bows this Friday, the audition process was “one of the most unique experiences I’ve ever had,” he said. He sent a tape not knowing what role he was auditioning for, before flying to L.A. on the Sunday night immediately following a performance of “Iceman” and met with the director the next day.

“Normally you go into an audition and you’re there for 20 minutes and you’re gone. I was there for almost 12 hours, and he gave me the job at the end of the day,” Butler said. “Which never happens. We did a handshake deal at the end of the day and he said, ‘Do you want to do it?’ And I said ‘yes, you just made my life’ and I gave him a hug. And then I got back on a plane, went straight to the theater and did a show that night, on a Tuesday.”

See Also: Exploring the Real ‘Once Upon a Time in Hollywood’ Locations

Butler began acting when he was 12 years old. His mother had always wanted to be an actor herself, and ended up quitting her job to drive him to auditions and support his dream (he eventually moved to L.A. to pursue it properly).

“I didn’t really have a thing when I was a kid. I was very shy and I didn’t really like hanging out with other kids,” he said. “I would spend eight hours a day playing the guitar and I was very reclusive. And then I stumbled into being on a film set, and I felt as though I found my tribe.”

Butler began with Nickelodeon and Disney Channel projects, before moving into the CW space with soapy drama “The Carrie Diaries,” a prequel to “Sex and the City.” The more serious movie work, and Broadway, too, have been a marked shift in a career which easily could’ve gone in the teeny heartthrob route. 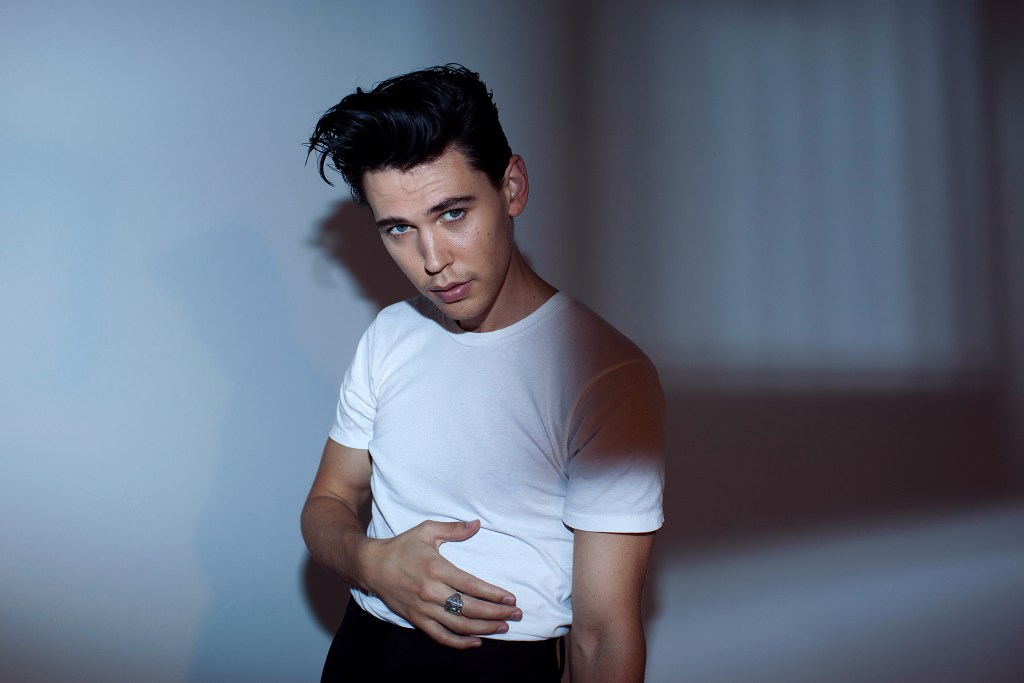 “They tell you [when you start out] that you have to go on 100 auditions before you book one. I went on so many auditions, and you get one line in a Nickelodeon show, or a Disney show, and it feels like the biggest thing in the world,” Butler said. “But it is strange when you start flipping the chapter, and you start evolving and what drives you [evolves]. It’s an interesting time, because I had a lot of years of doing different types of things. So now, I don’t want to just work to work right now.”

The Luhrmann project is very much under wraps at the moment, but Butler writes over e-mail that, not shockingly, he’s pretty pumped.

See Also: Watch the ‘Once Upon a Time in Hollywood’ Trailer Here

“I am beyond honored Baz invited me on this journey with him; it is the role of a lifetime,” he said. “I feel incredibly blessed to be working with singular directors like him and Quentin.”

He said he’d like to return to theater at some point in the near future, but in general is approaching his career with a bit more care and caution now.

“That’s another thing: I’ve been trying to focus more on the process, rather than on this idea of perfection, or the outcome so much,” Butler said. “Because the outcome is so fleeting, but I want to really enjoy the climb.” 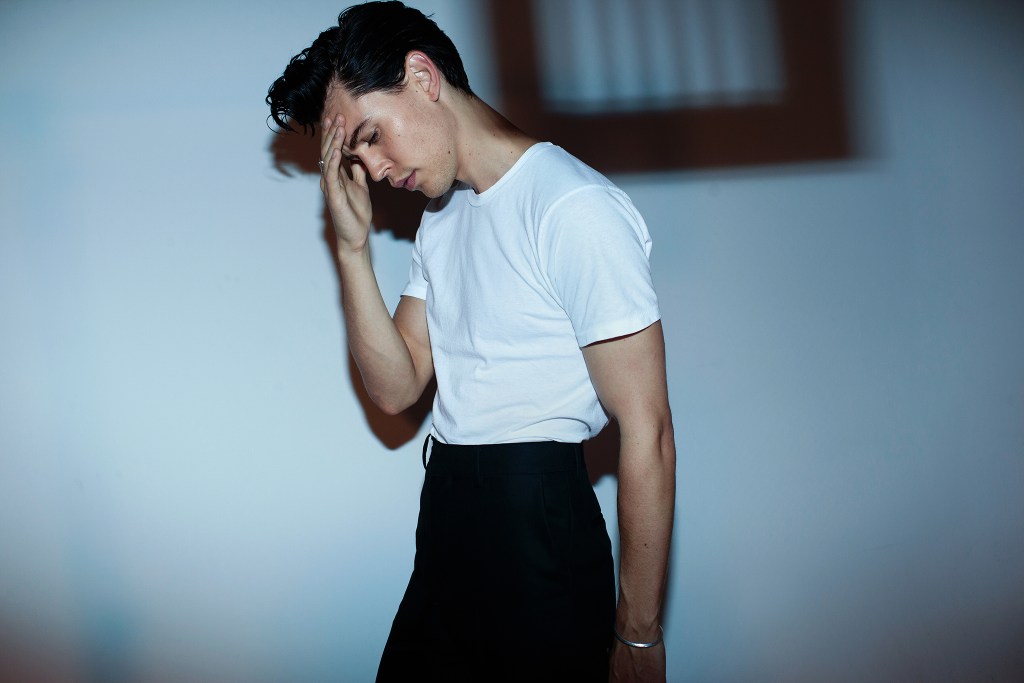